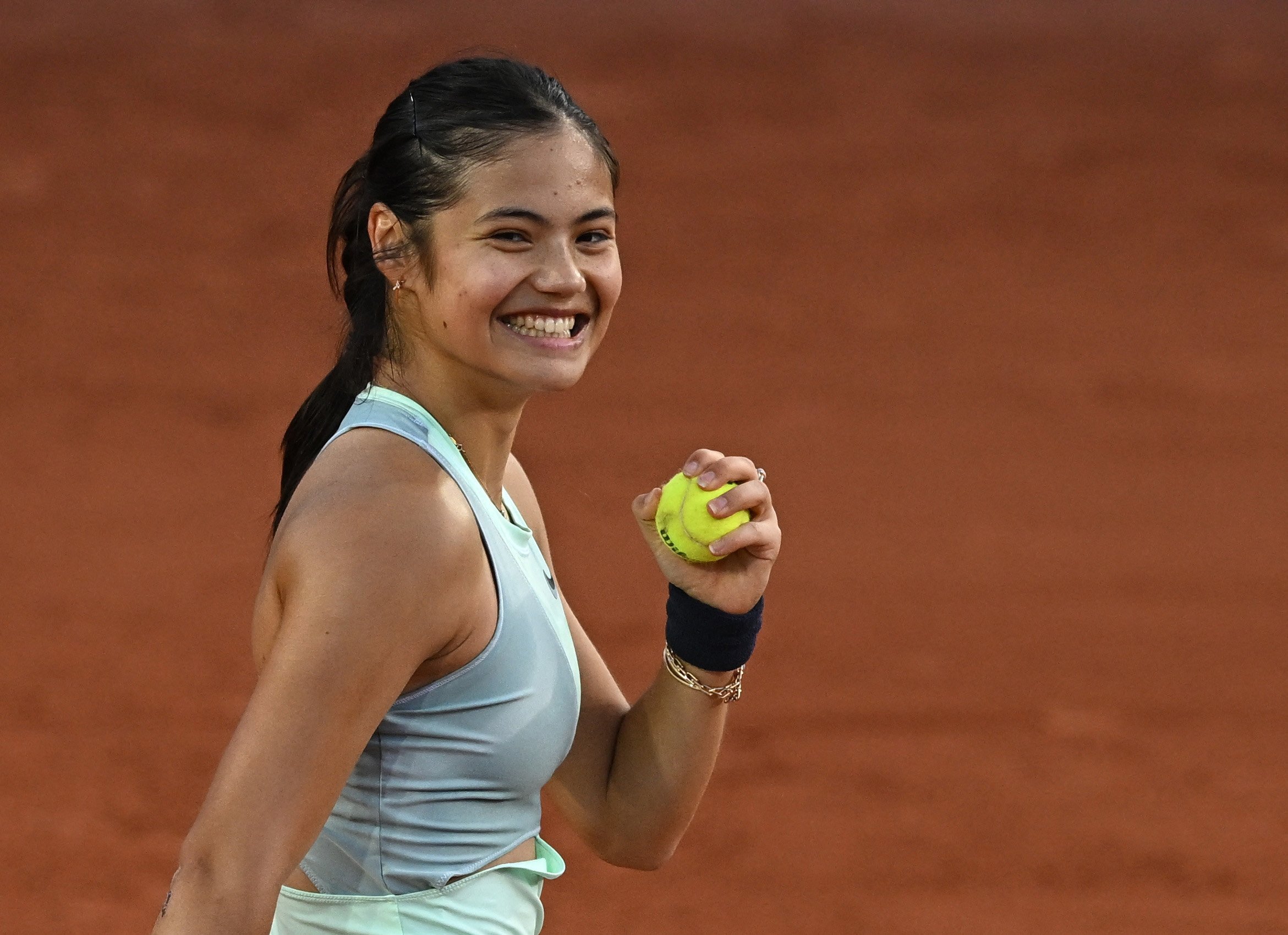 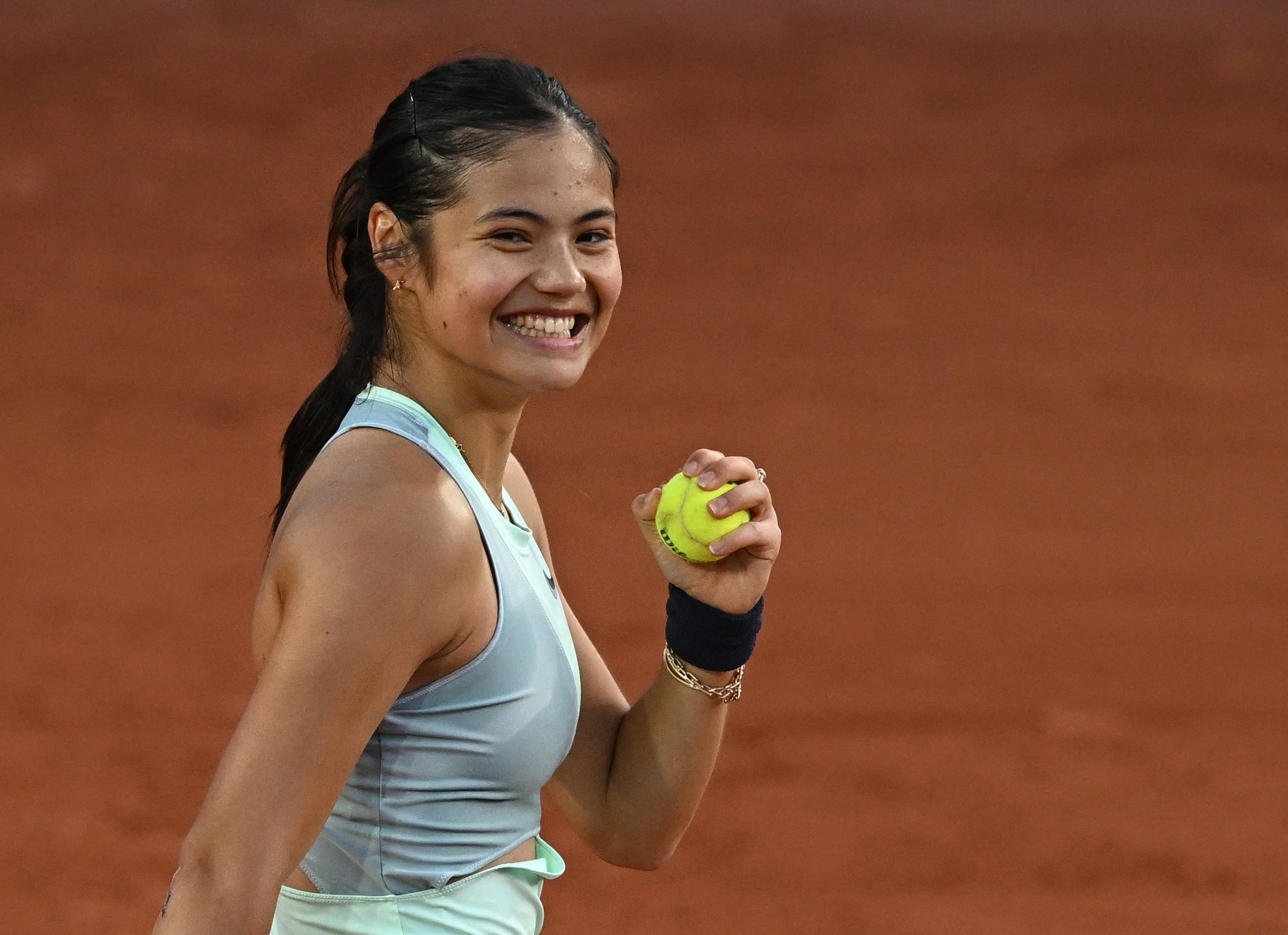 PARIS—U.S. Open champion Emma Raducanu showed exemplary grit on her French Open debut to rally to a 6-7(4) 7-5 6-1 victory in the battle of teenagers against Czech qualifier Linda Noskova on Monday and reach the second round.

The British 19-year-old arrived in Paris after retiring from a first round match in Rome this month with a back problem but showed no signs of discomfort during the grueling two hour and 37 minute contest on Court Simonne Mathieu.

“It was an absolute battle. I’m proud of the way I fought,” 12th-seeded Raducanu said in an on-court interview.

“Linda really came out there firing and as soon as I dropped my ball speed she was all over me.” 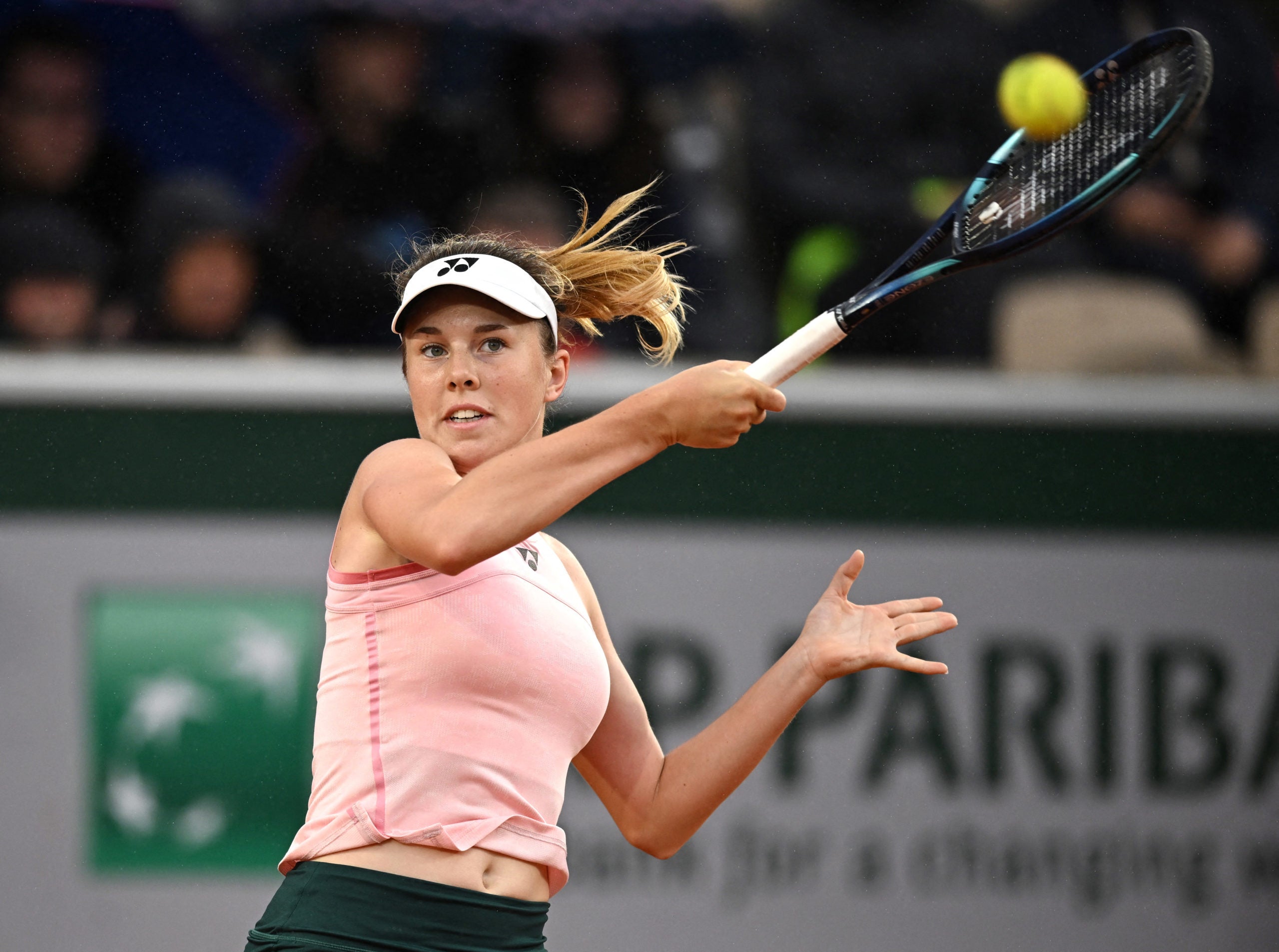 In her first matchup against the 17-year-old Noskova, who won the girls’ singles title at Roland Garros last year and is ranked 184th, Raducanu was at first no match for the aggression of the Czech, who hit 48 winners — double her opponent’s tally.

But the Brit kept a lid on her unforced errors — committing 25 compared to 54 from Noskova — to claw her way back into the contest after giving up a 2-0 and a 4-2 lead to lose the opening set in a tiebreak.

During an evenly contested second set, Raducanu pressed home her advantage by breaking Noskova’s serve in the 12th game and swung the momentum of the match in her favor.

A return winner handed Raducanu the decisive break in the third set and she saved a break point in her next service game to consolidate the lead and open a 4-1 advantage.

There was no way back for Noskova, who became the youngest player to come through Roland Garros qualifying in 13 years, as Raducanu won five straight games to seal the contest and jumped for joy in celebration.

She will meet Belarusian Aliaksandra Sasnovich for a place in the third round.