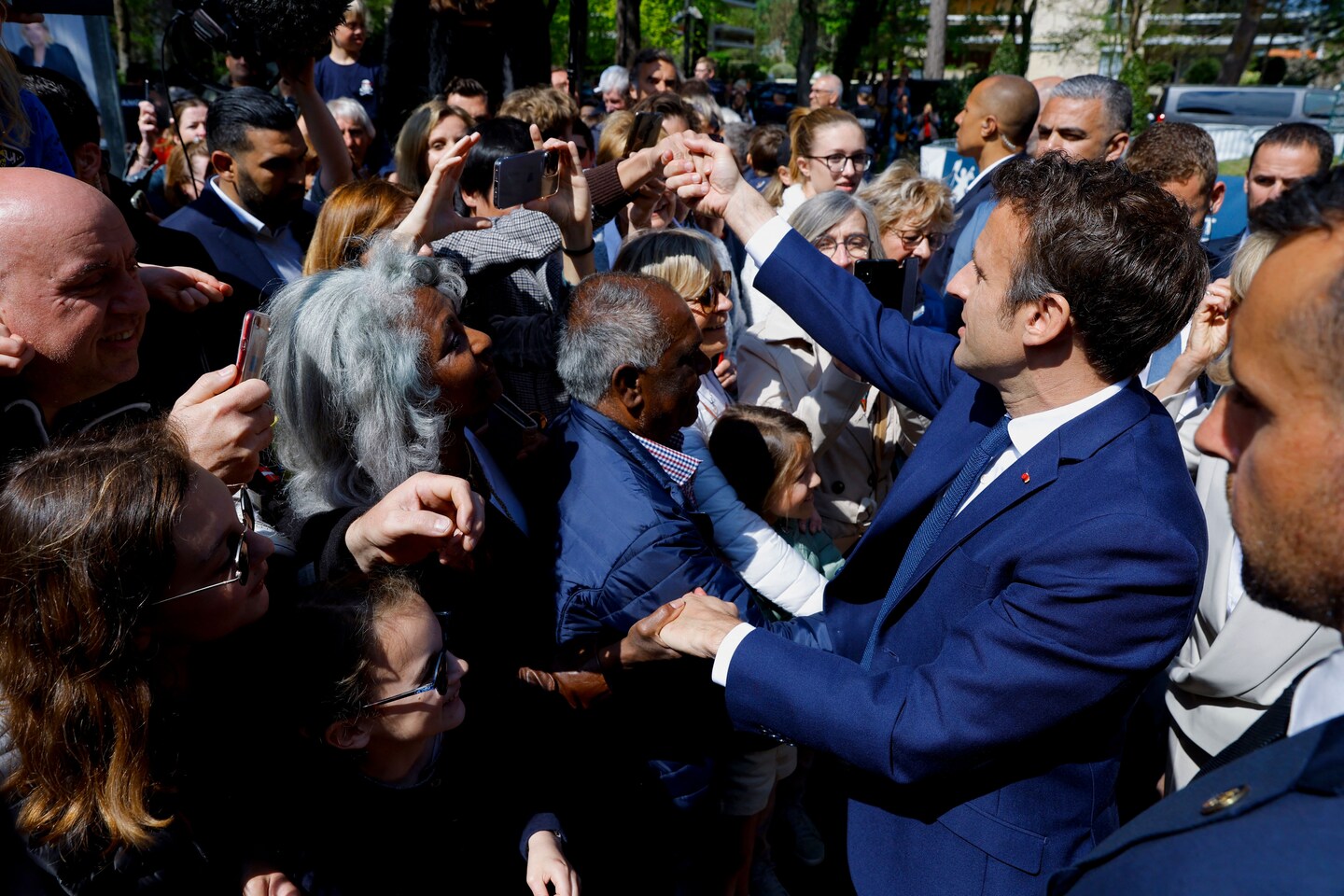 PARIS — Polls have opened in a French presidential election runoff that is being closely followed around the globe for its potential to redefine France’s position in the Western world, the country’s approach to immigration and Europe’s relationship with Russia.

Among the sources of uncertainty: A Macron victory would mark a rare reelection for an incumbent in a country where voters are known to be unforgiving of their leaders. There’s not nearly the same level of enthusiasm for him as when he first ran in 2017, launching his own centrist political movement and becoming France’s youngest president.

Moreover, the final polls missed the result margin by nearly nine percentage points in 2017. This time, turnout could be critical. And, since the surprise success of the Brexit referendum in 2016, few in Europe are willing to count out the unexpected.

Macron vs. Le Pen 2022: What to know about France’s presidential election runoff

This election has already brought the far right closer to the French presidency than ever before. In the first-round vote on April 10, Macron received 28 percent of the vote share, and Le Pen 23 percent.

A runoff win by Le Pen, 53, would put an anti-immigrant populist in charge of the European Union’s second-biggest economy and its only nuclear power. It would replace a fervent defender of the E.U. with a longtime critic of the bloc. Le Pen’s past admiration for Russian President Vladimir Putin and her recent calls for reconciliation between NATO and Russia have also prompted concerns that a far-right victory would empower a leader who shares Putin’s worldview, and who could become a key obstacle to Western support for Ukraine.

Most of the candidates who failed to qualify for the second round beseeched their supporters not to vote for Le Pen. Her hopes now largely rest on the potential for high abstention rates among voters who lean toward Macron.

By noon, turnout stood at 26 percent — almost two percentage points lower than at the same time five years ago, but one percentage point higher than during the first round two weeks ago.

Le Pen cast her ballot in the far-right stronghold of Hénin-Beaumont in northern France on Sunday morning, and Macron in Le Touquet, a seaside town where he has often stayed during election weekends. Both candidates used the opportunity to mingle with crowds that had waited for them outside the polling stations, taking selfies and shaking hands with supporters.

Throughout his first term, Macron, 44, repeatedly staked his future on risky political gambles with mixed results — pushing through tax cuts for the wealthy that offended many of his left-leaning supporters, but also managing to successfully introduce a vaccine pass in one of Europe’s most vaccine-skeptical nations.

His reelection strategy appeared to be another one of those gambles. He barely did any campaigning before the first round, instead focusing on the pandemic and the war in Ukraine. It’s not uncommon for French incumbents to avoid the campaign trail, but his decision enabled Le Pen to claim, as she crisscrossed the country, that she was more attuned to the economic concerns on the minds of French voters.

If Macron’s last-minute campaign ends with him being comfortably reelected, it would boost a president who has at times been underestimated.

But depending on the margin of his victory, Macron could also face an onerous second term — marked by resistance on the streets and in parliament — that may further polarize the country and embolden the fringes of French politics.

Almost 60 percent of voters cast their ballots for far-right or far-left candidates in the first round.

“There is going to be very little enthusiasm,” if he is reelected, said Vincent Martigny, a political scientist at the University of Nice. “The legitimacy of his mandate will depend on how wide the margin is — and also how he reacts to the victory.”

“The question is, will he hear the feeling of malaise that exists in the French electorate?” Martigny said. “Will he be able to change?”

When Macron faced off against Le Pen five years ago, he beat her by a margin of more 30 percentage points. That the gap has been in the single digits at certain points this cycle suggests that Le Pen has succeeded at normalizing her party and moderating her image.

Supporting the far right was unthinkable for many in France at the time Le Pen took the party over from her father, Jean-Marie Le Pen, who was known for xenophobia and for calling Nazi gas chambers just a “detail” of World War II.

Le Pen renamed the party from National Front to National Rally in 2018. She downplayed her family links, with campaign posters referring to her as “Marine” or just “M.”

But much of the party’s DNA has remained intact. Le Pen in this campaign advocated for a referendum to end immigration to France, for women to be fined for wearing headscarves in public, and for a French-first approach to policies that would put her in direct confrontation with European Union laws and values.

While terrorism was a dominant election topic five years ago, it has played less of a role in this campaign, partially because the risk of attacks appears to have faded. But the topic continues to loom large in France — TV networks’ election coverage was briefly interrupted on Sunday, after a man allegedly assaulted a priest with a knife in the city of Nice. Authorities later said the suspect, who was arrested, had been undergoing psychological treatment and that they were not treating the incident as terrorism.

Instead of security issues, Le Pen’s campaign largely focused on capturing public frustration with Macron’s economic and social policies. She further encouraged a sentiment that Macron, a former investment banker, has been a “president of the rich,” who can be aloof and arrogant.

In Hénin-Beaumont, where Le Pen cast her ballot on Sunday, Joel Viville said Saturday that he will vote for Le Pen “to have change.”

“Five years of tough times under Macron — enough is enough,” said Viville, 57 who is unemployed.

But Jean-Philippe Dahene, 56, said he was unconvinced by Le Pen’s proposals. “I want to let [Macron] have one more term to continue what he has put in place,” he said, citing the series of crisis that disrupted Macron’s presidency, including the coronavirus pandemic and the war in Ukraine.

Macron is hoping that for all the voters who dislike him, more people strongly oppose Le Pen.

“April 24 is a referendum on the future of France,” Macron told BFM television in a final interview on Friday evening, comparing the stakes — and potential risks of abstentionism — to the 2016 U.S. election and the Brexit vote. “It’s a choice between leaving or not leaving Europe … a choice between turning the back on ecology or not, a choice between abandoning or not abandoning the secular republic,” he said.

Macron’s approval rating has hovered around 45 percent over the past months. His two most recent predecessors, leftist François Hollande and center-right Nicolas Sarkozy, both had lower ratings toward the end of their one-term presidencies, with Hollande at around 20 percent and Sarkozy around 35 percent. Sarkozy was not reelected, while Hollande did not seek a second term.

Birnbaum reported from Riga and Petit reported from Hénin-Beaumont, France. Lenny Bronner in New York and Scott Clement in Washington contributed to this report.