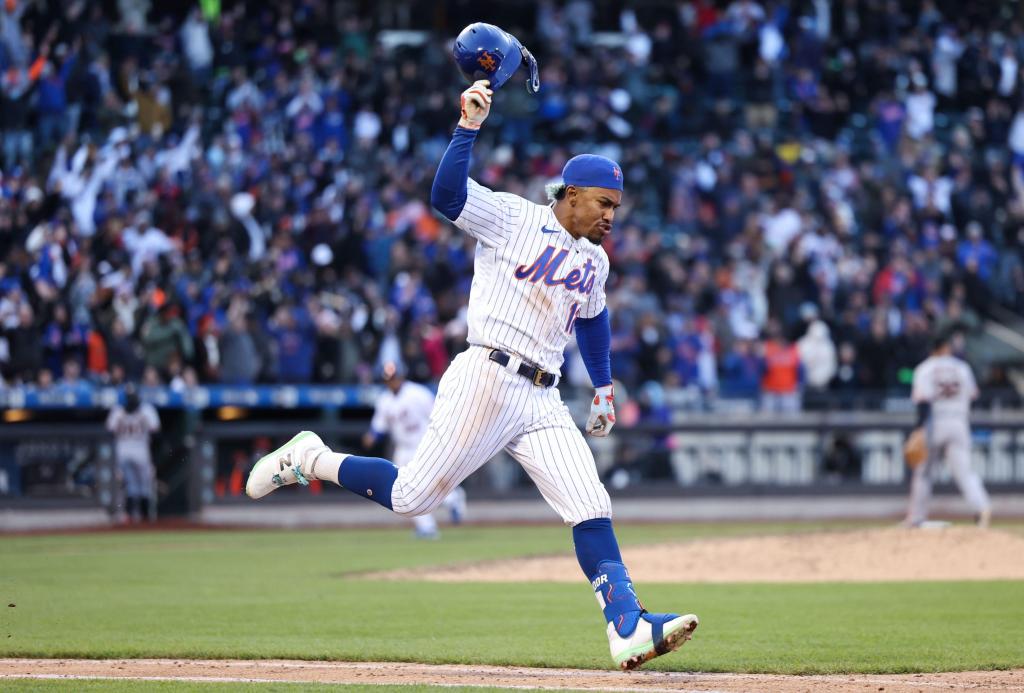 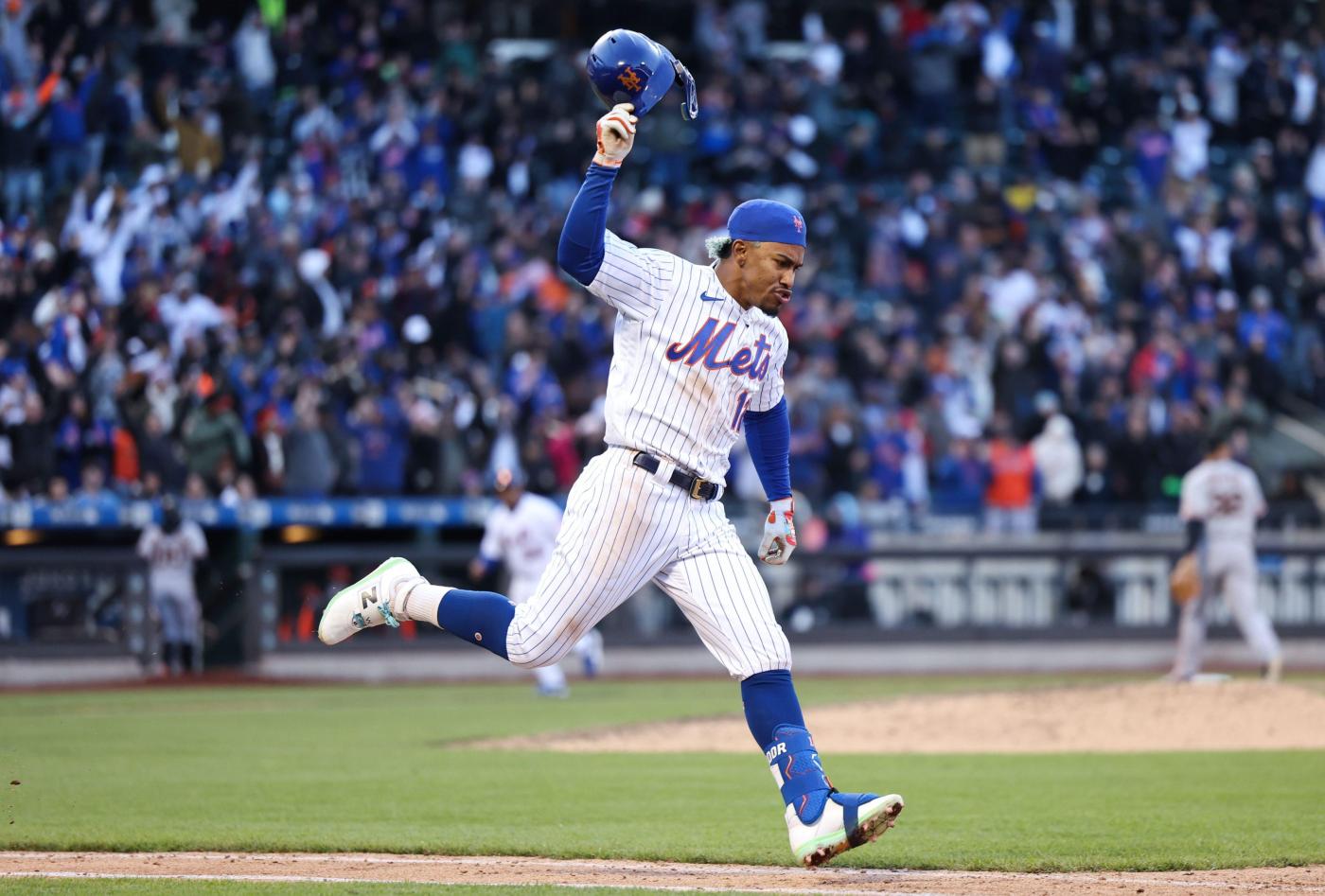 Francisco Lindor ripped an RBI single to center field in the bottom of the 10th to give the Mets a 5-4 win over the Giants in Game 1 of Tuesday’s doubleheader at Citi Field. The Mets shortstop, who also tied the game in the fifth, was mobbed by his teammates in a rowdy celebration.

Following their Game 2 win and subsequent doubleheader sweep, the Mets improved to 9-3, the second-best record in baseball, to begin their tough series against the Giants. The Amazin’s also snapped San Francisco’s five-game winning streak. Chris Bassitt will look to continue the Mets’ winning ways on Wednesday in the third game of a four-game set against San Francisco.

Pete Alonso turned what could have been an impactful throwing error from Lindor into the final out of the top of the 10th. On a routine grounder, Lindor threw the ball wide to Alonso as the Giants’ potential go-ahead run crossed home plate. But the umpires overturned their original safe call, and an E6, after replay showed Alonso used all 6 feet, 3 inches of his frame to both extend his left arm for the catch while keeping his right foot on the bag. Alonso pumped his arms, the inning was over, and the Mets were set up for their walk-off opportunity.

“Pete staying on the bag there, that’s a really hard play,” Mets manager Buck Showalter said. “And Lindor seems to be dealing up when we need, just about every time.”

The middle of the Mets infield came up clutch in the fifth inning, but it was the bottom of the order that set the table for a tied game. With the Mets trailing the Giants by three runs, Travis Jankowski turned a routine double play into a fielder’s choice by hustling down the line to reach first safely. No. 9 hitter James McCann followed up with a double to right field, and Jeff McNeil drove them in with a two-run double to right field to end Alex Cobb’s start and cut the Mets’ deficit to 4-3.

Lindor completed the Mets’ comeback with a hustling RBI double to right field that tied the game at 4-4. For anyone else, Lindor’s double may very well have been a single. But the Mets shortstop busted his way to second, losing his helmet along the way, and fist-pumping once he got there. As if that wasn’t enough, Lindor shot right back up and immediately stole third base.

“It felt good to get the Ws,” Lindor said. “At the end of the day you want to win as many games as possible, and whenever you have the opportunity to win two in a day, you do whatever it takes.

Megill wasn’t throwing 99 mph fastballs against the Giants like he was in his first two starts of the year against the Nationals and Phillies. But he recovered well enough that his third outing of the season will be remembered for the bounce-back effort and grit that kept the Mets in the game.

The right-hander opened his start with a five-pitch first inning, thanks to San Francisco hacking at his pitches early and often. It was the first time a Mets pitcher recorded a five-pitch first inning since Noah Syndergaard did it in 2017 against the Nationals. “They were in full ambush mode,” Showalter said of the Giants’ game plan against Megill.

Joc Pederson ended Megill’s scoreless streak of 17.1 innings, dating back to Sept. 24, 2021, when the Giants left fielder led off the second with a home run to straightaway center. Megill allowed three more hits in that inning, with each coming on his 94-mph fastball. Though the Giants put up four runs against Megill by the end of the third inning, he settled down to retire his final five batters of the afternoon, leaving the final nine-plus outs of Game 1 in the bullpen’s hands.

“I’m glad I was able to go back out for the sixth,” said Megill, adding he was happy to save another arm in the bullpen by doing so. “Look what happened. Came back and we won. It’s awesome.”