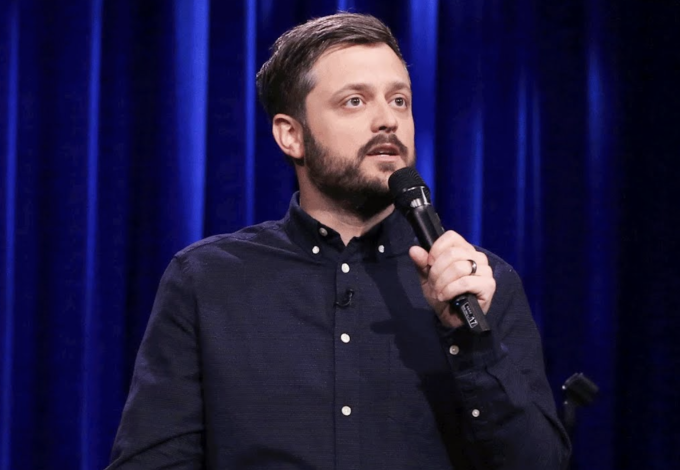 The Cup of Jo community has strong opinions on trends (you liked these, hated these), so I’m curious to hear what you think of the pants shape that’s popping up — high-waisted, pleated khakis! I’m kind of into them, but feel free to praise or destroy in the comments below.

What have you been eating these days? My new go-to breakfast: a toasted, buttery potato bun with two scrambled eggs on it. It’s simple and delicious, and you could always add wilted spinach or a slice of sharp cheddar.

I’ve stumbled upon a few great books lately — Edie Richter Isn’t Alone, You’ll Never Believe What Happened to Lacey — and right now, I’m tearing through The Memory Police. Named a best book of the year by a gazillion publications, the novel tells the story of a young writer living on an island, where things systematically disappear. First hats, then perfume, then birds. When she realizes her editor is in danger, she tries to hide him… and I won’t give any spoilers! It’s gripping and suspenseful and keeping me up too late at night.

The other day, a friend texted me a TV recommendation: The Standups episode one featuring comedian Nate Bargatze. “Thirty minutes,” she wrote. “TRUST ME.” So, that night, Alex and I watched it on Netflix and it was hilarious. If you’re in the mood to laugh for a half hour straight, go watch! xo