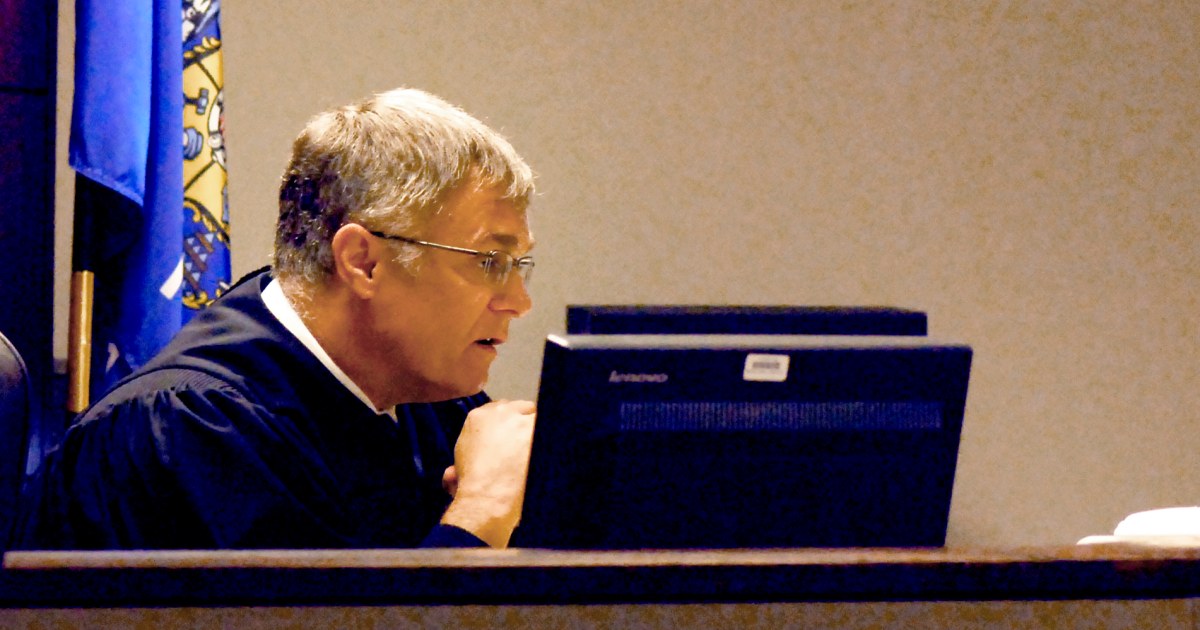 A retired Wisconsin judge was shot and killed in his home Friday by a gunman who had an apparent hit list targeting three prominent politicians and other people, senior law enforcement officials told NBC News.

John Roemer, a former Juneau County Circuit Court judge, was found dead in his home in the Township of New Lisbon on Friday morning, the Wisconsin Department of Justice said in a news release.

The suspect, Douglas K. Uhde, 56, suffered an apparent self-inflicted gunshot wound and is hospitalized in critical condition, the department said.

Deputies were called to the home around 6:30 a.m. for reports of an armed person and two shots fired. The caller had exited the home and contacted the Juneau County Sheriff’s Office from a nearby residence, according to the release.

Authorities tried to negotiate with Uhde, who was still in the home, but their attempts were unsuccessful, the department said. Around 10:17 a.m., a response team entered the home and found Roemer’s body.

A senior law enforcement official said the judge was found allegedly tied up with zip ties.

Uhde was found in the basement and was taken to the hospital. A firearm was found at the scene, the department said.

Roemer, 68, was targeted by the gunman, according to the state’s DOJ. Attorney General Josh Kaul said at a news conference that Uhde “appears to have had other targets” but declined to identify them.

“It appears to be related to the judicial system,” he said. “At this point, we are not aware of any evidence indicating that there is any active danger to other individuals. Those who may have been other targets have been notified of that.”

Whitmer’s office said it was notified by law enforcement about the list but could not comment further on the investigation.

“Governor Whitmer has demonstrated repeatedly that she is tough, and she will not be bullied or intimidated from doing her job and working across the aisle to get things done for the people of Michigan,” her office said in a statement.

A spokesperson for Evers said, “We do not comment on specific security threats or the governor’s security detail.”

The U.S. Capitol Police were notified about the threat against McConnell.

He also served as an assistant district attorney for Juneau county and an assistant state public defender, as well as a lieutenant colonel for the U.S. Army Reserves.

“Judge Roemer dedicated much of his career to public service in the law,” she said in a statement. “He was known by colleagues for his sharp legal mind and his willingness to share his time and knowledge with others. His work made a tremendous difference in the lives of many people in Juneau County and elsewhere in the state. Our deepest sympathy goes to Judge Roemer’s family at this time.”

Michael Kosnar is a Justice Department producer for the NBC News Washington Bureau.