Former U.S. Sen. Harry Reid banned from Russia, even after his death 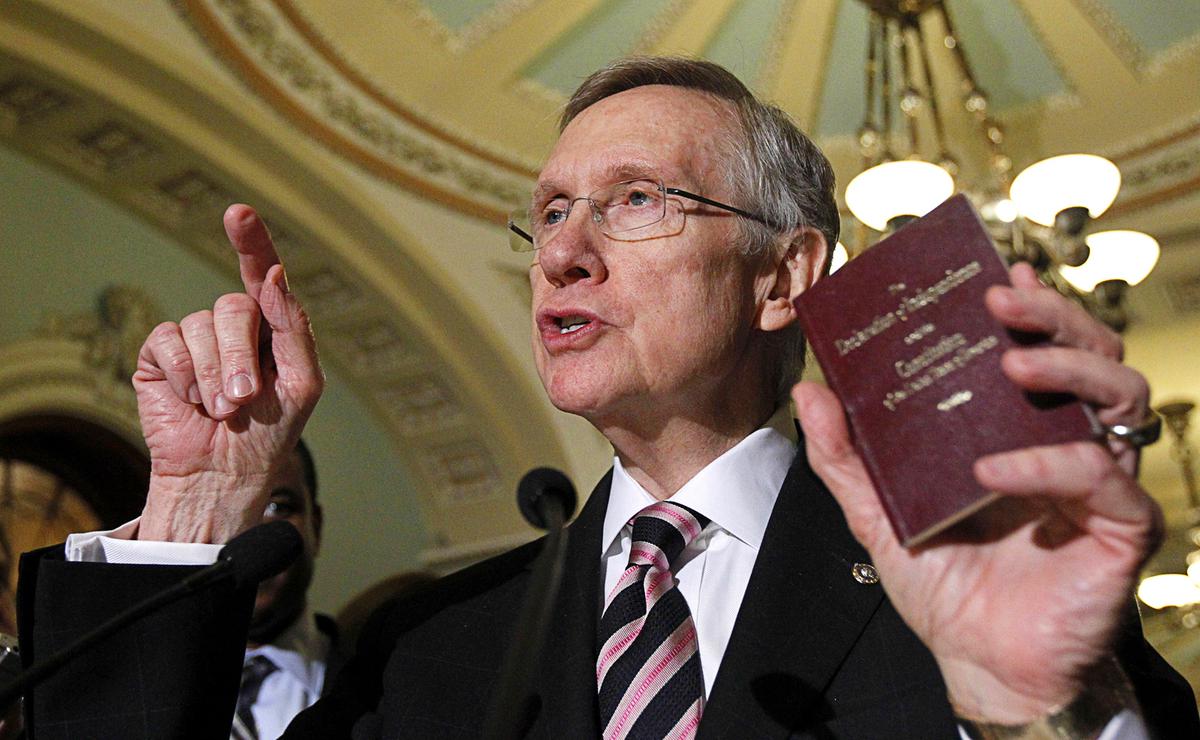 Senate Majority Leader Sen. Harry Reid holds a copy of the Constitution and Declaration of Independence during a 2010 news conference in Washington.

All three are deceased, but they were still included on Russia’s list published Saturday of 963 U.S. notables and leading officials permanently barred from entering the country.

The Russian Foreign Ministry in a statement said the ban was in response to “constantly imposed anti-Russian sanctions,” according to Reuters. Russia has faced sanctions from the U.S. and other countries over its unprovoked invasion of Ukraine.

The list also includes Facebook founder Mark Zuckerberg and actor Morgan Freeman, who in 2017 accused Russia of “cyber warfare to attack democracies around the world.”

Also banned was Michael Carpenter, the U.S. ambassador to the Organization for Security and Co-operation in Europe, who Tweeted, “What an honor.”