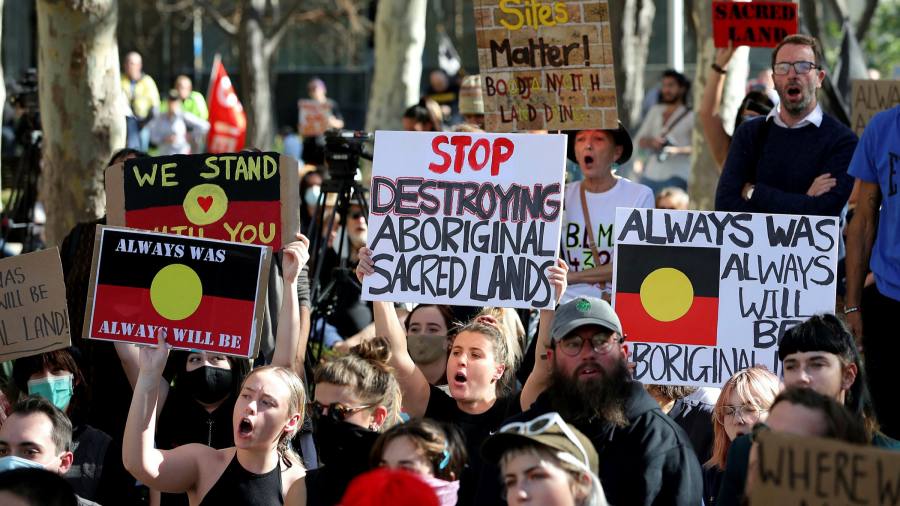 Former Rio Tinto chief executive Jean-Sébastien Jacques got a pay rise last year despite the destruction of a sacred 46,000-year-old Aboriginal site that forced him to stand down and plunged the mining group into crisis.

Jacques’ total remuneration rose 20 per cent to £7.2m in the 12 months to the end of December, even though the blasting of the Juukan Gorge cost him performance bonuses.

The increase in his annual pay was driven by a surge in the value of unvested shares he holds in the Anglo-Australian company. Rio, the world’s biggest producer of iron ore, had a record-breaking year due to red hot Chinese demand for the steelmaking ingredient and last week announced the largest dividend in its history.

Rio’s annual report, published on Monday, also disclosed that two other executives who left the company on December 31 in the wake of the Juukan Gorge debacle — Simone Niven, head of corporate relations, and Chris Salisbury, head of iron ore — were awarded termination benefits worth $1m and $1.6m, respectively.

Simon Thompson, Rio’s chairman, said the strong 2020 financial performance was overshadowed by the destruction of the ancient rock caves. “We feel well short of our values as a company and breached the trust placed in us,” he said.

The increase in Jacques’ pay drew strong criticism, with the Australasian Centre for Corporate Responsibility arguing he should not be rewarded for presiding over the company’s destruction of the rock caves.

“The decision to destroy the Juukan Gorge caves was morally repugnant and financially stupid. It has already cost the company millions, and the true cost won’t be known for years to come,” said James Fitzgerald, ACCR strategy lead.

“The payout casts doubt over Rio Tinto’s various expressions of sorrow and regret. Here we have the chair and board rewarding Jacques for his ham-fisted destruction of priceless cultural heritage as well as shareholder value.”

Fitzgerald said Jacques should consider donating his pay to an Aboriginal charity.

The annual report also disclosed that Rio paid another former chief executive, Sam Walsh, A$17.6m ($13.9m) in deferred bonus payments last year. The payment had been frozen since 2017 due to a bribery investigation by regulators into payments made by Rio to a consultant working on the Simandou iron ore project in Guinea.

Rio said it made the payment following an independent dispute resolution process and because “no further material information” had emerged from the investigation by regulators.

The mining group made a previous payment of A$7.3m to Walsh in March 2020 related to his deferred bonus entitlements.