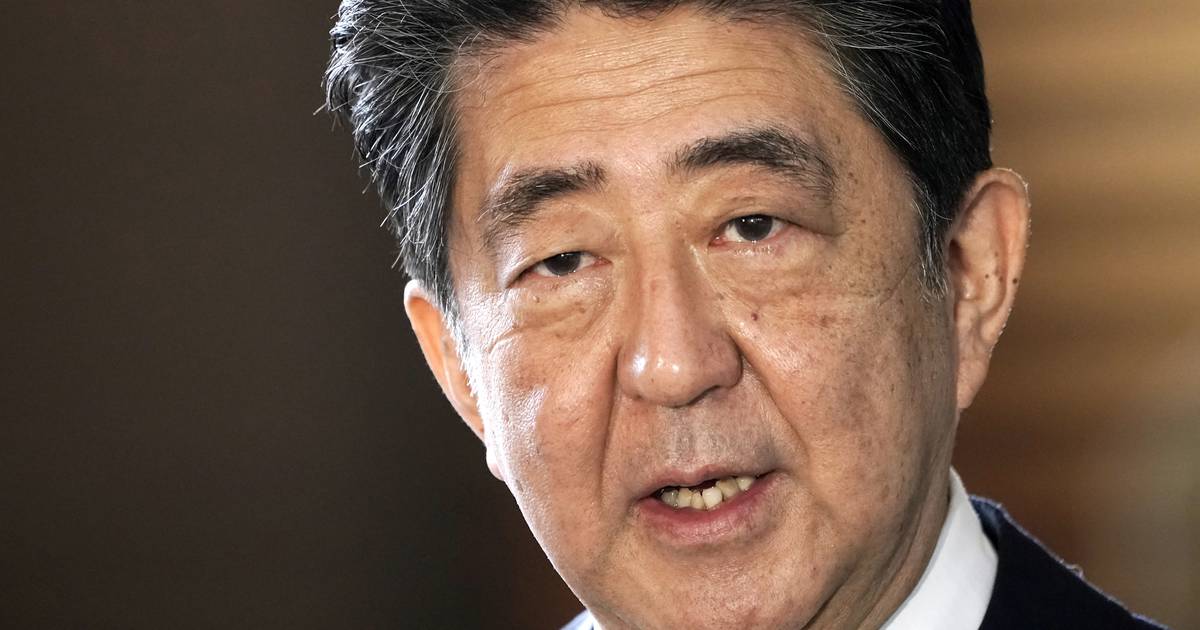 The broadcaster aired footage showing Abe collapsed on the street, with several security guards running toward him. Abe was holding his chest when he collapsed, with his shirt smeared with blood. NHK said Abe was rushed to a hospital.

Abe was in Nara campaigning ahead of Sunday’s election for the parliament’s upper house and was giving a speech when people heard a gunshot.

Police arrested a male suspect at the scene on suspicion of attempted murder, NHK said.

The attack was a shock in a country that’s one of the world’s safest and with some of the strictest gun control laws.

The term heart failure means the heart cannot sufficiently pump blood and supply necessary oxygen to the rest of the body. In Japan, officials sometimes use the term to describe situations where victims are no longer alive but before a formal declaration of death has been made.

It was not immediately clear how serious Abe’s injuries were or if he was still displaying vital signs.

Abe, 67, stepped down as prime minister in 2020 because he said a chronic health problem had resurfaced. Abe has had ulcerative colitis since he was a teenager and has said the condition was controlled with treatment.

He told reporters at the time that it was “gut-wrenching” to leave many of his goals unfinished. He spoke of his failure to resolve the issue of Japanese abducted years ago by North Korea, a territorial dispute with Russia and a revision of Japan’s war-renouncing constitution.

That last goal was a big reason he was such a divisive figure.

His ultranationalism riled the Koreas and China, and his push to normalize Japan’s defense posture angered many Japanese. Abe failed to achieve his cherished goal of formally rewriting the U.S.-drafted pacifist constitution because of poor public support.

Supporters of Abe said his legacy was a stronger U.S.-Japan relationship that was meant to bolster Japan’s defense capability. But Abe made enemies, too, by forcing his defense goals and other contentious issues through parliament despite strong public opposition.

Abe is a political blue blood who was groomed to follow in the footsteps of his grandfather, former Prime Minister Nobusuke Kishi. His political rhetoric often focused on making Japan a “normal” and “beautiful” nation with a stronger military and bigger role in international affairs.

U.S. Ambassador to Japan Rahm Emanuel expressed sadness and shock at the shooting. “Abe-san has been an outstanding leader of Japan and unwavering ally of the U.S. The U.S. Government and American people are praying for the well-being of Abe-san, his family, & people of Japan,” he said on Twitter.