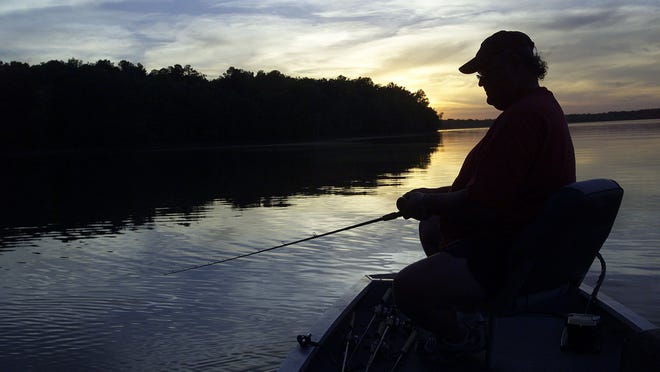 Cleveland, the brother of former Clarion Ledger sportswriter and Hall of Fame sportswriter Rick Cleveland, who is now with Mississippi Today, most recently worked as the Pearl River Valley Water Supply District spokesman for the past 10 years.

Cleveland was leaving North Shore Park in Rankin County Thursday morning after having helped set up for a concert series when the accident took place. He was 67 years old.

Outdoors was Cleveland’s passion. He shared stories with Mississippi for nearly three decades through the Clarion Ledger and later as a TV personality and an online columnist.

Rick said the two were as close as two brothers could be.

“We worked together. We played together. We cooked together and laughed a lot together,” Rick said. “I tried to do all of that outdoors stuff that he did. I tried everything one time, whether it was deer hunting or rabbit hunting, squirrel hunting. All of it. I was an OK fisherman but I was pretty terrible at the rest of it.”

Rick was 21 months older, but Bobby was the one who was Robert Hayes Cleveland, Jr., named for their famous dad Ace Cleveland who was a writer and Sports Information Director at Southern Miss.

“It was perfect that he was the junior, because he was so much like my daddy,” Rick said. “They are so much alike. (Bobby) had this quick, acerbic wit, and he got it as honest as anybody could get it, because it was my daddy made over.

For a time, the Sunday sports section for the Clarion Ledger would have sports columns by Rick on the front and the back page was outdoors writing from Bobby.

“I can’t tell you how many times somebody told me they turned to the back of the sports section first to read Bobby, and then they went back to the front to read who had won the games.”

“Bobby Cleveland was the best outdoors writer ever, in my opinion,” Broom said. “He could write a story about nothing and thousands of people would read and enjoy it, including me.”

Not only did Cleveland entertain with his outdoors writing he also informed and educated the public through his writing, Broom said.

5 GREAT FISHING SPOTS:Want to fish somewhere other than the Rez? Here are 5 great places near Jackson

“Our state has suffered a huge loss,” Broom said. “While Bobby’s life ending is a huge loss, what he did in his time should be celebrated. Goodbye, my friend. I wish we could have one more trip during the crappie spawn at Gilligan’s Island. Fun times, my friend.”

Rusty Hampton, who worked with Cleveland for 25 years, 11 of which were as his sports editor, said he was a one-of-a-kind person.

“Bobby was a very good reporter and a writer. He really knew his stuff and he took great pride in that,” Hampton said. “To the outdoors community, he was very well known. They loved what he did, and he loved what he did.

“But what a lot of people didn’t know is that he was probably our best copy editor and headline writer. He took great pride in that.”

Hampton talked about one of Cleveland’s most remembered works in the Clarion Ledger, which was an ongoing series, called “Week on the Water.”

“He would travel the state over a one or two year period, and he would pick these seven spots and he would go fish these spots and then write about it,” Hampton said.

“Sometimes, the writing was all about the fishing. Sometimes it would be all about the people he met at a certain spot. For a few years, it was a huge deal. It would be like a story on the front page and a double truck inside with stories and beautiful color pictures. It was a big deal.”

Hampton said Cleveland was able to pull people together through his writing. He said that when he and others couldn’t agree on issues or politics, “They could always agree on fishing.”

Chris Todd, who was photo editor at the Clarion Ledger from 1986 to 2010, said Cleveland was a great friend to everyone he knew.

“Bobby was a big man whose heart was even bigger than he was,’ Todd said. “He would do anything at anytime for family and friends.”

His selflessness, humor and love for everyone always shone through to friends and family.

Van Arnold worked with Cleveland at the Hattiesburg American in the early 1980s. He said the thing that always stuck out about Cleveland was that he never seemed to take life too seriously.

“He filled up every room he entered with not only his imposing presence but his robust laugh,” Arnold said. “That dude could tell a joke like nobody I have ever known. There are a hundred stories I could probably share about working with Bobby, but this one is my favorite memory: We were putting together the annual football preview section and on one of the pages there was a 6-inch hole. We really didn’t have anything of that length to fill the space. Bobby was laying out that particular page, and unbeknownst to the rest of the staff, he wrote a short preview about his flag-football team called the Sharks. He got it past everybody and I never laughed so hard when I saw that story in print. The guy was fearless.

“But beneath all of the bluster and tomfoolery was a talented writer,” Arnold said. “He spent many years working in the shadows of his legendary brother, but make no mistake, Bobby could turn a phrase with the best of them.”

Born and raised in Hattiesburg, Cleveland’s love of the outdoors started early. Through his travels and experiences, he began to educate all of Mississippi.

Sid Salter, who is now the director of public affairs at Mississippi State University, worked just feet away from Cleveland in the Clarion Ledger news room for nearly a decade and said their friendship is special to him.

“For someone of his generation, he was very concerned with conservation and maintaining the resource of the places where Mississippians fished and hunted the outdoors,” Salter said. “But I don’t think anybody who ever met Bobby didn’t come back to this. He was smart, funny and he made people feel better just by being around him. He made people happier. He had a knack for making people’s day better.”

In a 2012 column, he posted online, Cleveland explained a little of his love of the outdoors.

“I own two boats, a bass boat that has the scars from stumps and alligator bites, and a pontoon boat with scars from another form of ‘wildlife.’

“I have hunted about everything legal in the state, killed most of it and eaten it all, at least once. That includes crow — both literally and figuratively — raccoon, opossum and ‘opossum on the half shell,’ aka armadillo,” Cleveland wrote in the column.

In that same column, he wrote about his luck in marrying his wife, Pam.

“I met her at a bait shop that she once owned, and our first conversation came when she was bent over a cricket bin to fill my box,” he wrote. “She came out with crickets crawling all over her, and when she calmly started picking them off her arms, shoulders and even out of her hair, I could only manage this: ‘I bet you’d bait your own hook, too.’ She was the catch of my life, and I have caught plenty.”

Cleveland has meant so much to the outdoors community and the reservoir, specifically over the years that an online petition has been started to re-name it after him.

Services are still pending, but an announcement is expected soon.