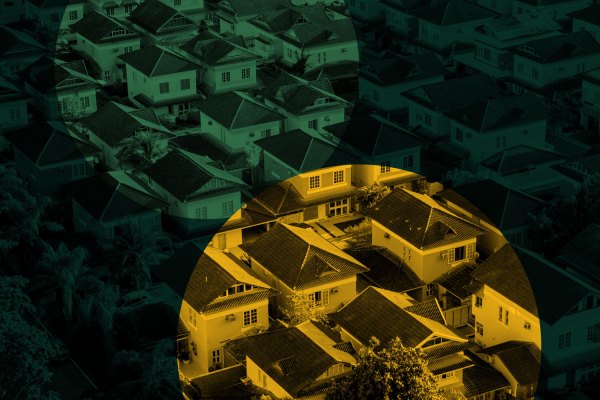 One of Better.com’s former executives has filed a lawsuit against the online mortgage lender, alleging that the company and its CEO Vishal Garg misled investors when it attempted to go public via a SPAC, reports the Wall Street Journal.

Sarah Pierce served as executive vice president of customer experience, sales and operations at Better.com before parting ways with the company earlier this year. At that time, it was not clear if she left voluntarily or was asked to resign but Pierce says now in her suit she was pushed out.

In her lawsuit filed today, according to the Wall Street Journal, Pierce alleges that Better.com misrepresented its business and prospects so that it could move forward with a SPAC that would have given the company a post-money equity value of approximately $7.7 billion. The SPAC was delayed and has not yet taken place.

Her complaint, reports the Journal, alleges that both Garg and Better’s “treatment of her constituted unlawful retaliation, defamation and intentional infliction of emotional distress.”

At the time of her departure in February, TechCrunch reported that – according to sources familiar with internal happenings at the company –  Pierce had tried to stand up for the hundreds of the employees who the company laid off in December after the CEO publicly described them as lazy and nonproductive. That reportedly caused “a lot of tension” between her and Garg and the board. Pierce was reportedly upset with the way Garg publicly disparaged the employees, the majority of whom had reported to her, after callously laying them off via Zoom.

TechCrunch has reached out to Better.com and Pierce and will update this story if and when either of them comment.

Meanwhile, a source familiar with the lawsuit told TechCrunch that Garg “was always exaggerating” the company’s numbers and “wouldn’t listen” to Pierce or any other executives when they expressed concerns. Pierce, the source said, was allegedly pushed out of the company for voicing her concerns.

According to the S-4 filed by Aurora Acquisition Corp., the entity that Better.com was to merge with, Pierce earned $856,061 last year, got a $1 million bonus and was awarded $17.37 million in stock options.

According to Forbes, this is not the first time a female executive has accused the company of improper behavior. The company in April of 2021 put former chief product officer Elana Kollner on administrative leave following allegations of bullying and other workplace grievances.

The company has continued to make headlines numerous times over the past six months. On Dec. 1, 2021, Better.com laid off about 900 employees via a Zoom video call that ended up going viral. It was hardly the first company to lay people off over Zoom during a global pandemic. But it was the manner in which it was handled that offended so many.

Co-founder Garg was universally criticized for being cold and unfeeling in his approach. He also added insult to injury by days later publicly accusing affected workers of “stealing” from their colleagues and customers by being unproductive.

On top of that, just one day before, CFO Kevin Ryan sent an email to employees saying that the company would have $1 billion on its balance sheet by the end of that week. In the weeks following the layoffs, Garg “apologized” and took a month-long “break.” Meanwhile, employees detailed how he “led by fear,” and a number of senior executives and two board members resigned.

Then, on March 8, the company laid off an estimated 3,000 of its remaining 8,000 employees in the U.S. and India and “accidentally rolled out the severance pay slips too early.”

In April, a filing revealed that Better.com swung to a loss of more than $300 million last year, a sharp turnaround from its profitable 2020. Garg is also the target of multiple lawsuits by PIMCO, Goldman Sachs and other investors involving entities he controlled.

In recent months, numerous parties have reached out to TechCrunch, including customers who say they lost money when the company botched their house closing, former employees who say they have not been awarded stock options that were owed to them and still others who say they can’t collect unemployment because Better reportedly did not pay the appropriate taxes.