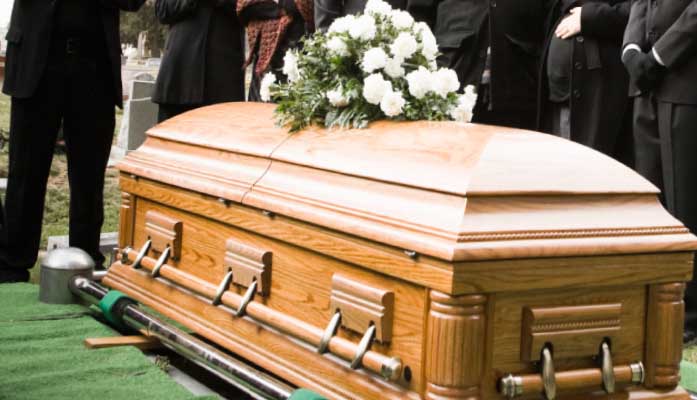 Serious allegations were made in April about the authenticity of more than 150 signatures on nominating petition turned in by a man running to be Constable for the greater Sierra Vista area. Now, an effort is underway to ensure the matter is not disregarded just because the candidate withdrew from the race.

Brent Thomas Tadashi Kusama, a U.S. Army veteran, needed 261 valid signature on his nominating petitions to get his name on the Aug. 2 primary election ballot. Members of the Cochise County Republican Committee recently had a letter sent to the Arizona Attorney General’s Office concerning those petitions with an appeal that criminal prosecution be undertaken.

Kusama submitted petitions with 263 signatures in an effort to obtain the Democratic Party’s nomination to take on incumbent Constable Melissa Wirthlin, a Republican, in the general election. Arizona law requires each signer of a nomination petition to be a registered voter of the state at the time they affix their signature.

In the case of Constable, the signer must also be a resident of the county and of the specific justice court precinct the Constable will be serving. Kusama and Wirthlin were running in Justice Precinct 5.

Wirthlin filed a formal challenge to Kusama’s petitions in April, alleging several deficiencies such as some signers were not registered to vote in Cochise County or Precinct 5. But Wirthlin’s allegations also included a “serious disparity” between 184 of Kusama’s petition signatures compared to those voters’ signatures on file with the Cochise County Recorder’s Office.

Claims of a non-matching signature are common in election challenges due to the fact a voter registered as John Adam Doe might sign a petition as John A. Doe or even John Doe. Whether such signatures are accepted and counted is for a judge to decide based on information provided by the county recorder and evidence presented by a candidate during a hearing.

However, a hearing set for April 21 was vacated when Kusama voluntarily withdrew his candidacy the day before. Among the evidence to have been presented at the hearing was an April 19 report prepared by Cochise County Recorder David Stevens.

That report noted 174 of the 184 challenged signatures were rejected for various reasons – 166 due to what Stevens noted as “invalid signature” while two were rejected after Stevens confirmed the voters died in 2021.

The back of each petition sheet must be signed by the circulator who attests to the fact “each of the names on the petition was signed in my presence on the date indicated.” Kusama signed as the person who circulated the two petition sheets on which the dead voters purportedly signed in March 2022.

He also signed as circulator of most of the other petitions, public records show.

In the end, Stevens’ report left Kusama with only 89 valid signatures. But by then, a criminal fraud and forgery complaint had been filed with Cochise County Sheriff Mark Dannels. The complaint notes it appears one person affixed the majority if not all of the allegedly forged signatures.

Dannels assigned the case to a supervising detective of his Major Crimes unit, who in turn contacted the FBI before making a formal complaint directly to the Arizona Attorney General’s Office (AGO). Arizona Daily Independent has confirmed.

longtime AGO investigator Don Carroll has had recent contact with various county officials about the forgery allegations.

While that is welcomed news for members of the Cochise County Republican Committee, they are concerned the AGO’s investigation will be dismissed due to Kusama’s withdrawal of his candidacy. Those concerns are why Robert Montgomery as committee chair sought legal advice from Roger Contreras, a longtime Republican who is also an attorney and former prosecutor.

Contreras issued a letter Wednesday to Todd Lawson, an assistant attorney general,  urging the AGO to pursue prosecution in the matter. The letter emphasizes the position of local Republicans that Kusama’s withdrawal “does not exonerate” any  criminal conduct which may have been engaged in with the petitions.

“Given what we have seen recently in elections across the country, including here in Cochise County, a tough stance must be taken, and a deterring example must be made of identified offenders,” Contreras wrote. “We (I and many others) are committed to seeing justice done in this matter.”

Contreras also advised Lawson of a specific concern regarding two of the purported petition signers. According to the letter, the attorney recognized their  addresses as being located within the HOA for which he serves as board president.

This piqued Contreras’ curiosity as he knew the persons moved away well before they allegedly signed Kusama’s nominating petitions in March. After contacting the couple, Contreras learned neither recalled signing the petitions and had in fact moved out of the area in November 2021.

“What is most troubling is the fact that most of the signatures deemed invalid appear to have been signed by the same person, and all are on pages the backs of which were signed and verified by Mr. Kusama,” Contreras wrote, referring to the circulator’s statement on each sheet.

Some of those offenses are felonies. There may also be other violations of the law, such as ARS 13-2702 (perjury), in connection with the circulator statements, Contreras noted.

The AGO does not comment on the status of cases it is looking into. Stevens confirmed he has had recent contact with Carroll but could not reveal the nature of those communications at this time due to the ongoing investigation.