Ford to invest $3.7bn in Midwest US manufacturing amid electric vehicle push 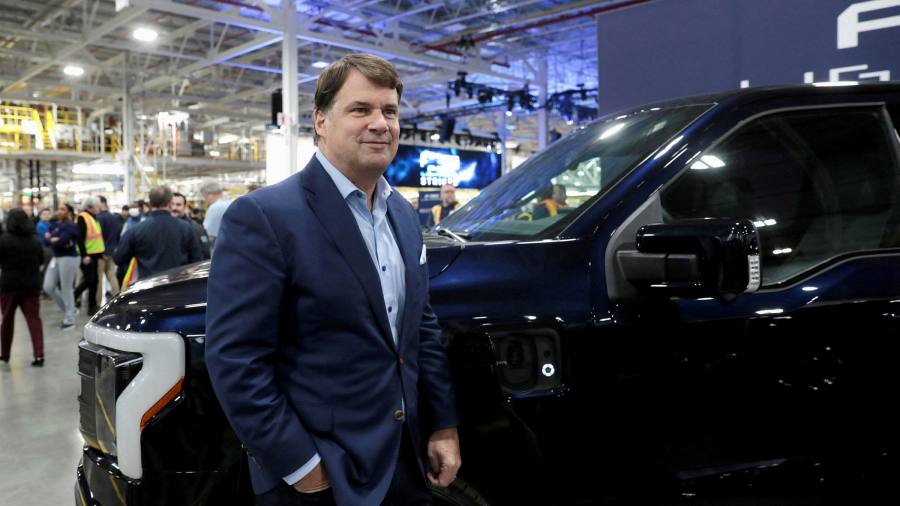 Ford will invest $3.7bn to add more than 6,200 United Auto Workers union manufacturing jobs throughout the US Midwest as the company pushes to expand its electric vehicle production capacity.

The US carmaker will invest $2bn across three assembly plants in its home state of Michigan, $1.5bn in three Ohio factories, and $95mn in a Missouri plant. Ford will receive $200mn in economic incentives from Ohio and $150mn from Michigan, according to Kumar Galhotra, president of Ford’s internal combustion engine division.

The move comes as US states and municipalities have granted some $5.1bn since 2002 in subsidies to Tesla, Ford and General Motors geared towards the construction and transformation of EV and battery plants, as consumer demand for the vehicles soars amid rising concerns over the environmental impact of traditional engines.

Chipmaker Intel has its own plans for a $20bn manufacturing “mega-site” in Ohio.

Ford will also convert the status of 3,000 temporary employees to permanent full-time and invest a further $1bn over the next five years to make improvements to plant workplace environments including increasing access to healthy food and adding better lighting to parking lots.

“We’re investing in American jobs and our employees to build a new generation of incredible Ford vehicles and continue our . . . transformation,” said chief executive Jim Farley.

The Michigan investment will go in part towards increasing production of the F-150 Lightning, the electric version of the iconic F-150 pick-up truck, while the Ohio funds will support the assembly of a new commercial EV in the middle of the decade. The Missouri investment will add a third shift to a plant that will produce an electric van.

Despite the move to increase EV production with these new employees, some of the money will bolster production of traditional gas vehicles, including a new Ranger pick-up and new Mustang coupe. Galhotra declined to say how many additional F-150 vehicles will be produced as a result of the investment, though the company has a target of 150,000 F-150s per year at its Rouge Electric Vehicle Plant in Michigan.