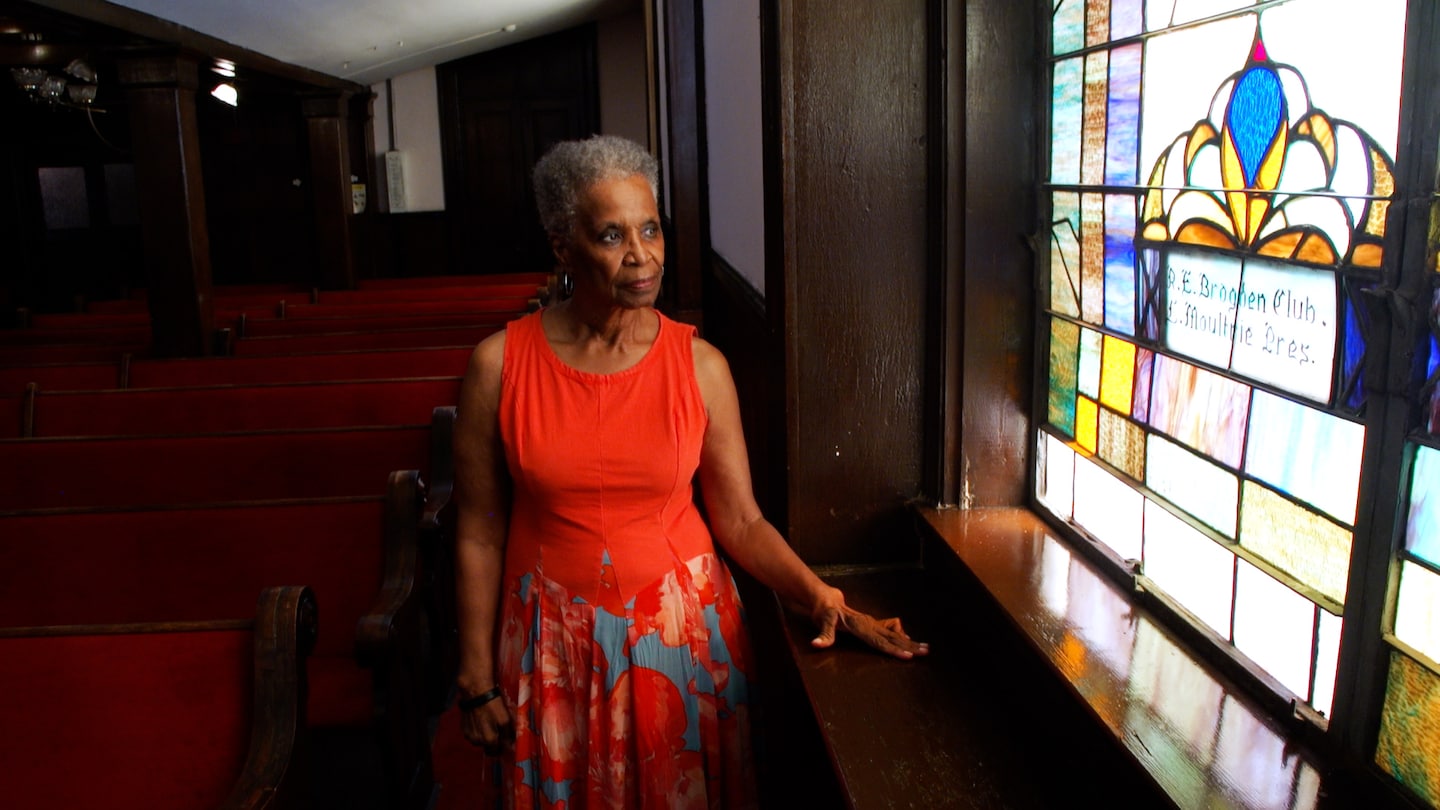 CHARLESTON, S.C. — A few days ago, at three o’clock in the morning, Rev. Eric Manning found himself thinking about how last weekend’s massacre in Buffalo mirrored the one at his church.

A young man, a self-described white supremacist, armed with a gun, drove miles out of his way to seek out and kill Black people.

In June 2015, nine Black men and women, members of historic Mother Emmanuel A.M.E. Church in Charleston were murdered in June 2015 by a White man, then 21 years old, who had prayed with him during their Wednesday night Bible study.

Last Saturday afternoon, ten Black men and women were shot to death at a neighborhood supermarket. Payton Gendron, 18, who has been charged with first-degree murder in the Buffalo slayings, railed online about a conspiracy to “replace” White people and detailed his plans to target a Black neighborhood. The document also references Dylann Roof, later convicted of killing the Black men and women in the church basement, who talked of starting a “race war.”

“In June, it’ll be seven years since the massacre at Mother Emanuel,” Manning, who became pastor of the church one year and five days after the attack, said during a recent interview. “People would have thought that we would be in a better place.”

When Carlotta Dennis, a retired English teacher, heard about the carnage in Buffalo, her mind “went right back to that, the thought of what happened that night,” she said. “The tragedy, the horror.”

Dennis, 69, had been at Mother Emmanuel earlier that evening in June 2015, serving as recording secretary for a meeting attended by 61 members. Most left afterward, but about a dozen members stayed behind for Bible study. Hours later, church members’ cellphones began ringing as family and friends frantically called to check on them, sharing news of the shooting.

State Rep. JA Moore is the younger brother of Myra Thompson. News of the Buffalo slayings, so close to the anniversary of her murder, exacerbated the pain for his family, he says. Just a day earlier, the South Carolina state senate had ended its session without taking a vote on a hate crimes bill named in honor of Pinckney, who had been a senator.

Moore, who cites his sister’s murder as the reason he ran for public office, is incensed that the bill did not pass. According to news reports, two of the Republicans who declined to support the bill, state Sens. Brian Adams and Larry Grooms, represent the district in which Mother Emanuel is located. Adams did not respond to a request for comment; Grooms could not be immediately reached.

“The frustration is incomprehensible,” he said in a telephone interview. The legislation is “not going to prevent white supremacy or domestic terrorism or hateful acts,” Moore acknowledged. “But sometimes, as my grandmother always told me, you’ve got to label people for who they are and things for what they are. And there’s power in that.”

Shortly after the church massacre, then-Gov. Nikki Haley (R) finally pushed to remove the Confederate flag from the state capitol. But Moore, who also noted that South Carolina lawmakers haven’t enacted gun control measures since the shootings, dismissed it as a symbolic gesture meant to burnish Haley’s image. “It did nothing to stop hate. It did nothing to protect lives. It did nothing to heal the pain, the wounds that my family suffered.”

At their Bible study sessions, and at a meeting with Washington Post journalists on Wednesday, church members described their deep disappointment with how little the country had changed since the murders at Mother Emanuel.

They sat in the sanctuary of the 206-year-old church building, sunlight streaming through stained glass windows. There, a photo collage of the nine church members who were killed covers most of a wall; next to it sits a newly-installed security system, with large monitors. The downstairs area where the shooting took place is a sacred space, off limits to visitors. Church leaders, trying to move past the shooting, are raising money to renovate the sanctuary and building.

The members were concerned at what they see as a rise in racism and of racist attacks on people of color. They faulted the Internet for helping to spread racist ideas. They expressed particular disgust with elected officials in South Carolina, who cried and prayed with them after the killings.

“The laws haven’t changed since then,” said Clifford Jones, 62, a retired Army staff sergeant and Veterans Affairs worker. “No hate crime bills have been passed. You have to do more than show up. If you’re a politician, you’re supposed to support the people.”

“Of course, politicians turn up,” said retired attorney Willi Glee, 81. Like Dennis, Glee left the church mere hours before the shooting in 2015, going to a Ruby Tuesday restaurant. He still remembers what he ate: shrimp, string beans and mashed potatoes. “People are tired of hearing ‘sorry for their loss.’ Are they really sorry or just paying lip service? I don’t see results on the ground.”

“From a Black perspective and pastoring Mother Emanuel, I understand the whole aspect of forgiveness,” Manning said. “But at the same token, forgiveness never negates the reality of justice.”

Members of Mother Emmanuel noted another similarity between Buffalo and the shooting at their church: Law enforcement authorities took both Gendron and Roof into custody without physically harming them. That night at 3 a.m., Manning said, he pondered that treatment. He noted reports that Gendron emerged from the grocery store holding a gun to his neck. He couldn’t imagine that a Black man could emerge from an active shooting scene, still armed, and not be shot dead by police.

“There are two forms of justice, one that will given for Black and brown citizens and one that is given to Whites,” Manning said at the church.

For some, last weekend’s shooting has reignited the fear of being targeted again by a White racist armed with a gun. They are more aware of their surroundings, identifying the exits wherever they go. One member said he lives with a constant feeling of “heightened alert.”

“Even now, I come to church, one Sunday a young white man sat behind me. I was so uneasy. I couldn’t focus on Rev. Manning’s sermon. There are still things that spook us as a result of this,” said Lois Gethers, 77, who had gone with Glee to the restaurant that night in 2015.

“A lot of Roof’s followers are trying to continue what he started,” Jones said, referring to the threats the church still receives. Jones said the Black community in Buffalo needs to “be ready” for additional threats from those who now see Glendron as a hero.

The Buffalo shootings reminded Glee of the work that needed to be done with younger generations. “When I was a young man I thought, by the time I became an old man, most of this stuff would have gone away,” said Glee. “We thought it would have been better. Now we have radicalized 18 and 20-year-olds. I thought the Strom Thurmonds, Bull Connors and George Wallaces would have gone away. But now they are being replaced by young men who are worse than they were.”

Manning encouraged his members to study Psalm 37: “Fret not yourself because of evil doers, be not envious of wrongdoers, for they will soon fade like the grass and wither like the green herb. Trust in the Lord and do good.”

But he has not tried to steer them away from their emotions. “You have a right to be angry,” he said in an interview Friday. “You’re the one who’s got to sit across from that empty seat at the dining room table day by day, week by week, at holidays and other significant other times. And it’s going to be empty because of an act of hatred.”

Manning said he plans to go up to Buffalo next week to offer help, and that he’ll encourage the communities there and in Charleston permission to embrace what they feel in this moment. But he also will remind them to have hope.

“I am hopeful. I mean, you always have to have a glimmer of hope. You cannot give in to complete despair,” he said. He takes solace in knowing that he can remind people — whoever will listen — that they have a higher calling to answer.