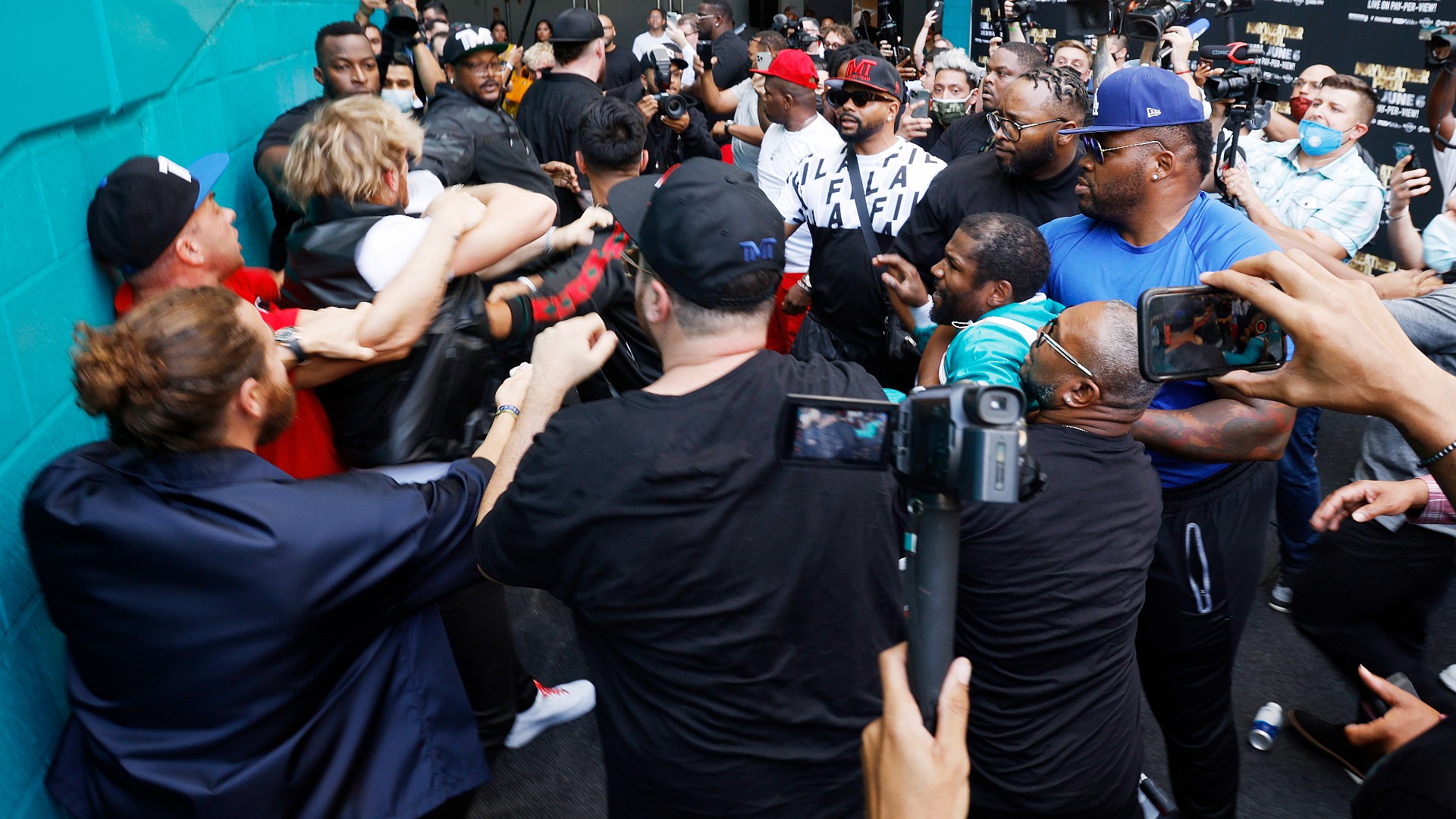 If the beef between Floyd Mayweather and the Paul brothers didn’t seem real before, it sure does now.

Mayweather is booked to fight Logan Paul at Hard Rock Stadium in Miami on June 6 and the pair faced off for the first time at the venue.

The pair went back and forth, with Mayweather suggesting he’d beat both brothers on the same night.

Paul then ripped the cap off Mayweather’s head and attempted to make off with it, shouting, “Got your hat” as he mocked his brother’s opponent.

Flanked by his typically large entourage, Mayweather lost it, hunting down Paul as fists flew and the situation descended into chaos.

Take a look at the wild scenes below (LANGUAGE WARNING):

Mayweather could be heard threatening to kill Jake Paul and accusing the 24-year-old of being disrespectful.

Logan Paul was unable to join the fracas, held back by security no doubt conscious of the fight-canceling potential of the situation.

Whether real or manufactured, they did a good job selling the brawl and no doubt earned the June 6 bout a few more buys, while Jake may well have talked his way into his own exhibition fight with Mayweather.

And for the record, Floyd got his hat back.