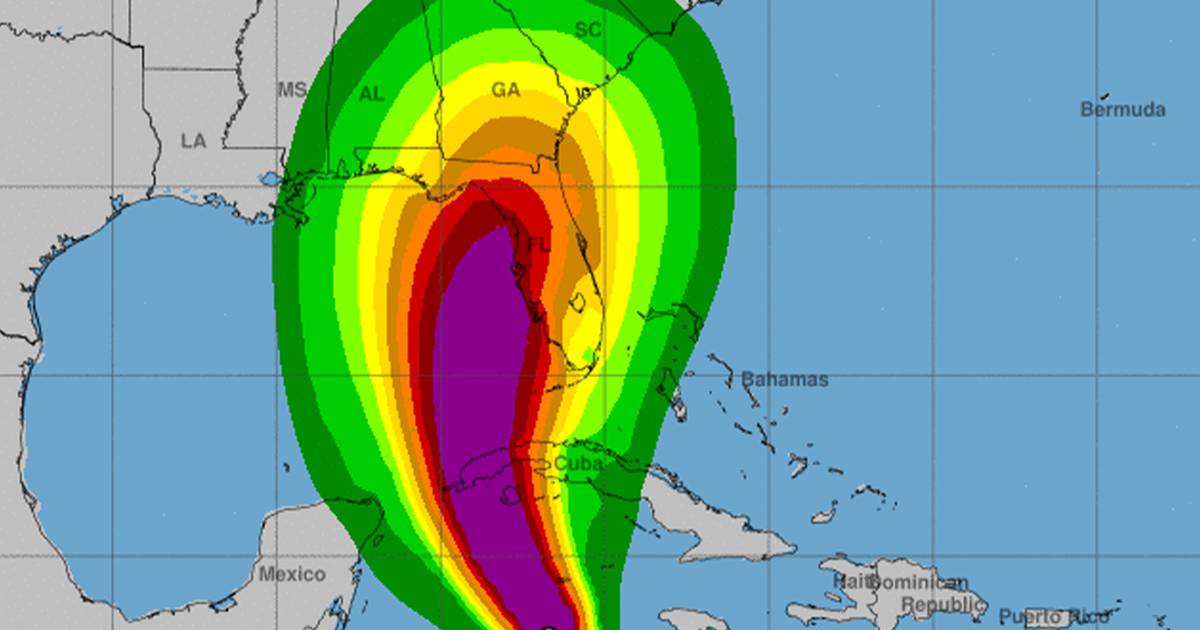 Officials are pleading with residents of some areas along the west coast of Florida to leave while they can as Hurricane Ian heads toward the state.

Mandatory evacuations were announced Monday in parts of Hillsborough, which includes Tampa, Manatee, and Hernando counties with more expected later in the day and into Tuesday.

“Do not wait. Time is of the essence. Act now,” Hillsborough County Administrator Bonnie Wise said. “We expect to have to evacuate over 300,000 people, and it will take some time, which is why we are starting now.”

Residents in low-lying areas in Pinellas County, which includes St. Petersburg, are particularly at risk and should evacuate as soon as possible, officials said Monday. Formal evacuation orders are expected Tuesday.

Ian, which was upgraded to a hurricane early Monday morning, currently sits about 120 miles west-northwest of Grand Cayman and 195 miles southeast of the western tip of Cuba with winds up to 85 mph, according to the National Hurricane Center’s 2 p.m. update Monday.

Ian is expected to shift toward the north-northwest later Monday and pass near or west of the Cayman Islands, then pick up speed as it heads north Tuesday past western Cuba and into the southeastern Gulf of Mexico, past the Florida Keys.

The storm will approach the west coast of Florida as a major hurricane on Wednesday, according to forecasters.

“I would also say to other Floridians, even if you’re not necessarily right in the eye of the path of the storm, there’s going to be pretty broad impacts throughout the state,” Gov. Ron DeSantis said during a press conference Sunday.

Ian is expected to bring heavy rainfall, flash flooding and mudslides to Jamaica and Cuba, along with life-threatening storm surge and hurricane-force winds in parts of western Cuba as early as Monday night, according to the NHC.

By the weekend, the southeast and mid-Atlantic will begin to see rain as well.

Tornadoes are possible across the Florida Keys and south and central Florida.

A hurricane warning is in effect for the Cuban provinces of Isla de Juventud, Pinar del Rio and Artemisa, with a tropical storm warning in place for Grand Cayman, the Cuban provinces of La Habana, Mayabeque and Matanzas, the Lower Florida Keys from Seven Mile Bridge westward to Key West and the Dry Tortugas. A hurricane watch has been issued from Englewood to the Anclote River, including Tampa Bay.

At its current projections, Ian would be the first major hurricane to hit Florida since 2018, when Michael made landfall in the Panhandle as a Category 5 storm.