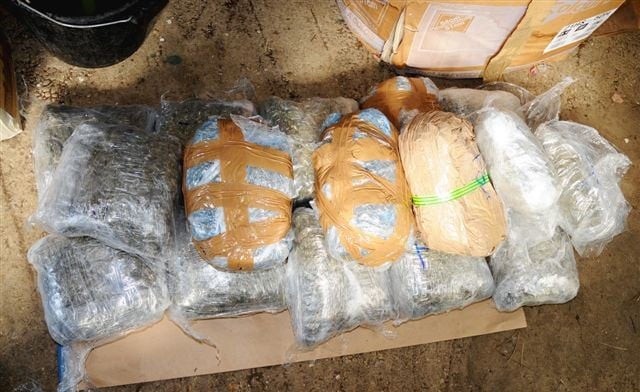 By Bethany Blankley (The Center Square)

Florida Attorney General Ashley Moody is continuing to warn Floridians about an unprecedented increase in the number of counterfeit pills flooding the market containing deadly amounts of fentanyl.

On Thursday, she pointed to a recent U.S. Drug Enforcement Administration public safety alert reported on by The Center Square that found that six out of 10 fake prescription pills tested by the agency contain a potentially lethal dose of fentanyl, up 50% from their testing results last year.

“We have been warning Floridians that just one pill can kill, but as fentanyl continues to flood across the U.S.-Mexico border in record amounts, the message is quickly evolving into One Pill WILL KILL,” Moody said in a statement. “I cannot stress enough how vital it is to never use drugs – as lethal amounts of fentanyl are increasingly being discovered in so many illicit substances creating a terrible spike in overdose deaths.”

“More than half of the fentanyl-laced fake prescription pills being trafficked in communities across the country now contain a potentially deadly dose of fentanyl,” DEA Administrator Anne Milgram said in the DEA public safety alert. “This marks a dramatic increase – from four out of ten to six out of ten – in the number of pills that can kill.

“These pills are being mass-produced by the Sinaloa Cartel and the Jalisco Cartel, in Mexico,” she said, referring to the Jalisco New Generation Cartel (JNGC), a deadly rival of the Sinaloa.

The DEA issued its public safety alert after Texas law enforcement officers working through its border security effort, Operation Lone Star, seized more than 352 million lethal doses of fentanyl since last March, enough to kill everyone in the U.S.

RELATED: Cruz: Only Billionaires, Human Traffickers, and Fentanyl Dealers Are Better Off Under Biden

Earlier this year, DEA agents in a three-month operation seized 10.2 million fake pills across all 50 states – after they’d seized more than 20.4 million fake prescription pills in 2021 – a 50-fold increase in three years.

“Often, users have no idea that fentanyl is in other drugs until it is too late,” Moody said.

She also points to Florida’s Dose of Reality, One Pill Can Kill website, which includes a range of resources to educate the public about the opioid crisis, including addiction support information and where to drop off unused prescription drugs.

Moody also warned that dealers are targeting youth by selling rainbow fentanyl – fake pills that look like candy that are laced with lethal doses of fentanyl. Some refer to them as “Sweet Tarts,” or “Skittles,” because they look like actual candy that isn’t poisonous.

Milgram says the cartels are making rainbow fentanyl “to get new users, to appeal to younger users.”

So far, the DEA and other law enforcement agencies have seized rainbow fentanyl in 21 states, a new phenomenon they’ve described as “frightening.”

Moody also led a coalition of 18 attorneys general earlier this year who called on President Joe Biden to classify illicit fentanyl as a weapon of mass destruction. They haven’t yet received a response.