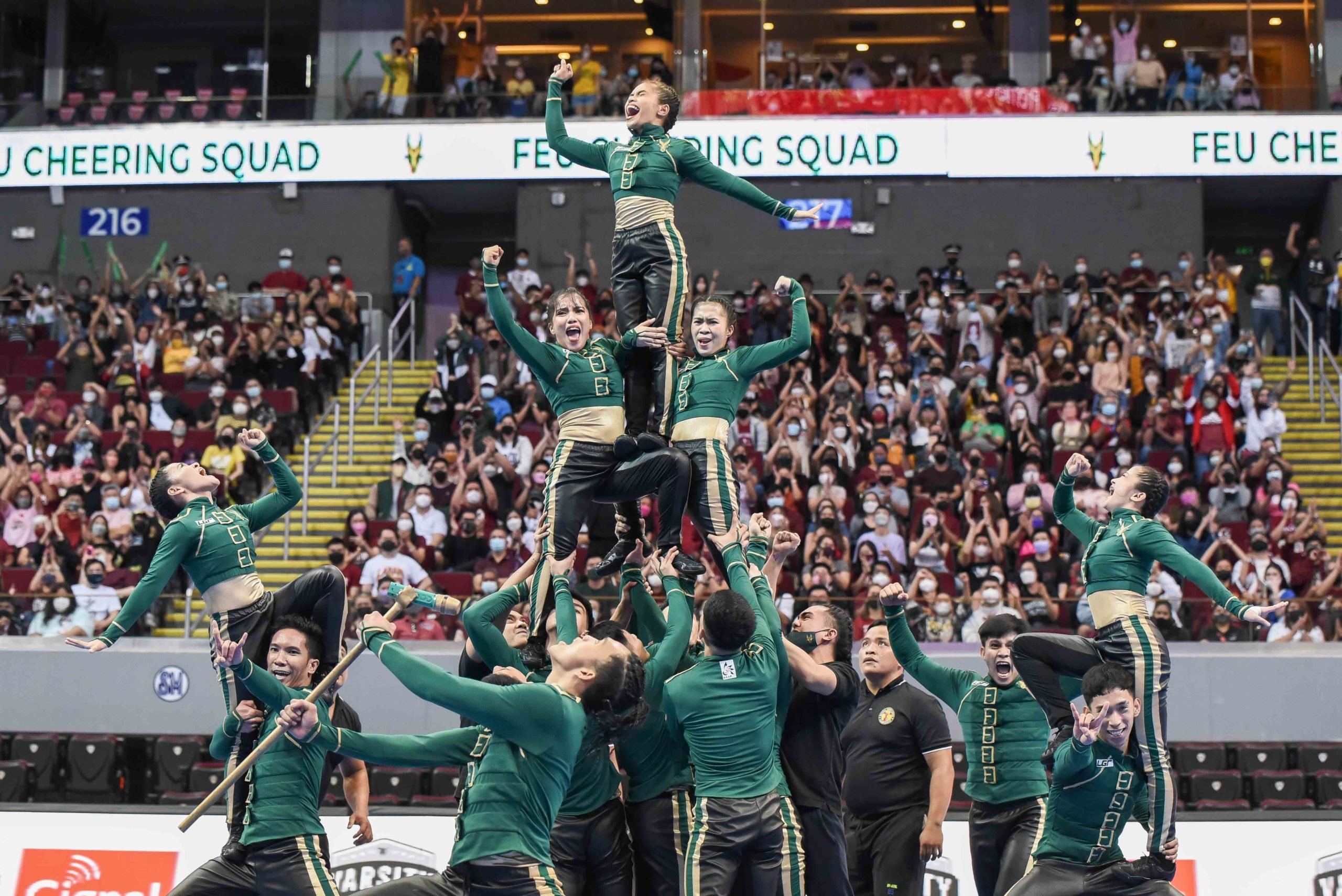 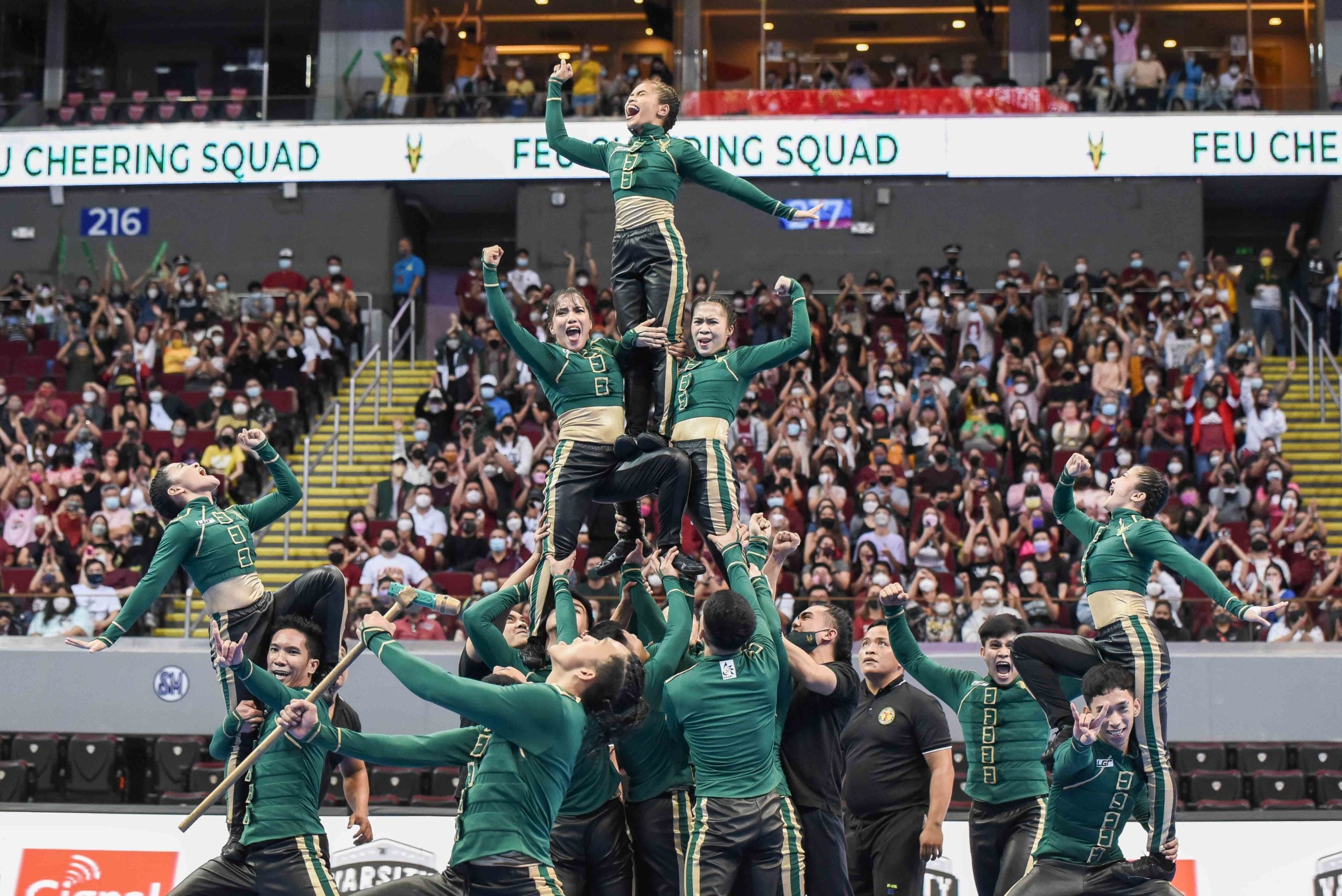 The Far Eastern University (FEU) cheering squad ruled the UAAP Cheerdance Competition on Sunday, using a flawless execution in an event where the traditional heavyweights were upended at Mall of Asia Arena.

FEU kept its performance tight and avoided the errors that befell some of its rival while wowing a crowd listed at 12,522 with their dominantly dark green outfits with gold linings and a performance that honored the band Queen.

The near-flawless number garnered them 727.5 points—39 better than their closest competitors.

“It’s been 12 years since our last championship. There’s nothing sweeter than a championship that came from hard work,” said coach Randell San Gregorio in Filipino.

“The preparation was so hard. Fifteen people and three minutes. If six minutes was short, what more for this three-minute performance. We could also do more with 25 people. The struggle is real. We’re just so happy na finally we got over the hump,” he added.

The Tamaraws hardly missed a beat from a two-year pandemic break and displayed excellence amid the new normal competition, which was limited to only 15 performers and a three-minute performance without the presence of the drummers.

FEU was runner-up in the last two editions of the contest before dominating the field this year by topping all five categories of tumbling, stunts, tosses, pyramids and dance.

NU, which had won six of the last seven competitions, dropped down to third with a routine paying homage to ’90s music.

The Bulldogs wound up with a score of 681.