First independent polls of Virginia show Democrats ahead, but both surveys have issues 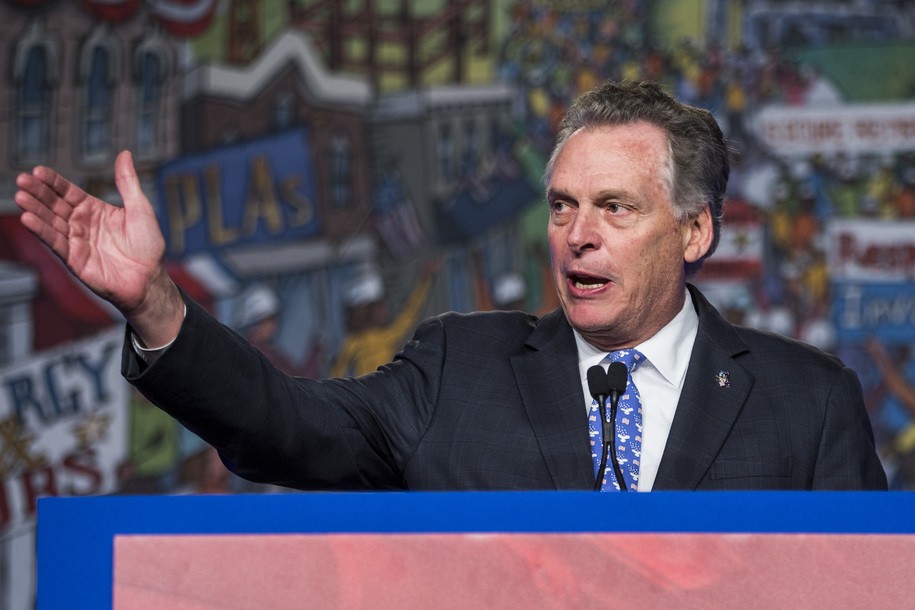 The problem with this poll, though, is that it was in the field from Aug. 3 to Aug. 17—a full 15 days, far longer than the typical three to five days. If a poll is conducted over too long a period of time, that can render the data suspect, since it increases the chance that voters’ views may have shifted from the start of the field period to its end, especially if there’s been a noteworthy intervening event. (There has indeed been major news during this timeframe, and while the situation in Afghanistan might not move voters in state-level races one whit, no one can say for sure.)

For that reason, we generally won’t cover polls that are fielded for more than two weeks (and even that outer bound is much longer than we’d prefer). We’re making an exception here, though, since this one is just on the bubble and there’s been such a paucity of independent polling data for these races.

VCU, meanwhile, shows McAuliffe with a 40-37 lead for governor, which is considerably smaller than what Roanoke found. The other two Democrats run farther ahead: Ayala is up 39-31, while Herring prevails 41-30, though differences in name recognition could be a factor.

VCU’s poll was in the field Aug. 4-15, a 12-day period that, while three days shorter than Roanoke’s, is still considerably longer than ideal. The larger issue, though, is the large number of respondents who didn’t choose a candidate two-and-a-half months ahead of Election Day.

The reason for this appears to be that VCU offered “Neither of these” as an option. In the race for governor, for example, while 9% of respondents say they’re undecided, an additional 14% say they’d choose neither McAuliffe nor Youngkin.

That’s problematic because “none of the above” can mean many different things to voters. Some of them may indeed intend to vote for Liberation Party candidate Princess Blanding, an anti-police brutality activist who is the only third-party candidate for governor yet was not listed by the pollster. Others may simply be saying that they don’t intend to vote in this race at all. Still more may wish that they had another choice besides McAuliffe or Youngkin, even someone who isn’t actually on the ballot, yet could still wind up voting for one of the actual candidates when the time comes.

This is an easy problem to avoid, though. As FiveThirtyEight’s Geoffrey Skelley put it, “If someone is going to pick a third party, let them volunteer it.” Roanoke, by contrast, included both Blanding and “Some other candidate” as options, which at least asks respondents to restrict their choices to people who are actual candidates: Altogether, 2% of Roanoke’s sample said they’d opt for Blanding, while just 1% picked “Some other candidate.”

Meanwhile, McAuliffe’s newest ad directly attacks Youngkin for his wealth, which is unusual to see since Democrats have long been cowed by Republican accusations that they want to “punish success.” McAuliffe doesn’t hesitate to go there, though, with a narrator saying, “What makes Virginia’s economy strong? Working families, not the super-wealthy.”

The voiceover continues, “Glenn Youngkin made over $500 million as a Wall Street executive, and now he’s running for governor to help them, not you.” The spot concludes by hammering Youngkin for opposing a minimum wage hike, the COVID-19 relief bill Congress passed in March, and Medicaid expansion. Last month, The Washington Post reported that Youngkin’s net worth “is probably close to $400 million,” while McAuliffe “reported assets of between $6.9 million and about $12.8 million” in filings with the state.