First group of asylum-seekers forced to wait in Mexico by prior admin allowed to enter U.S. 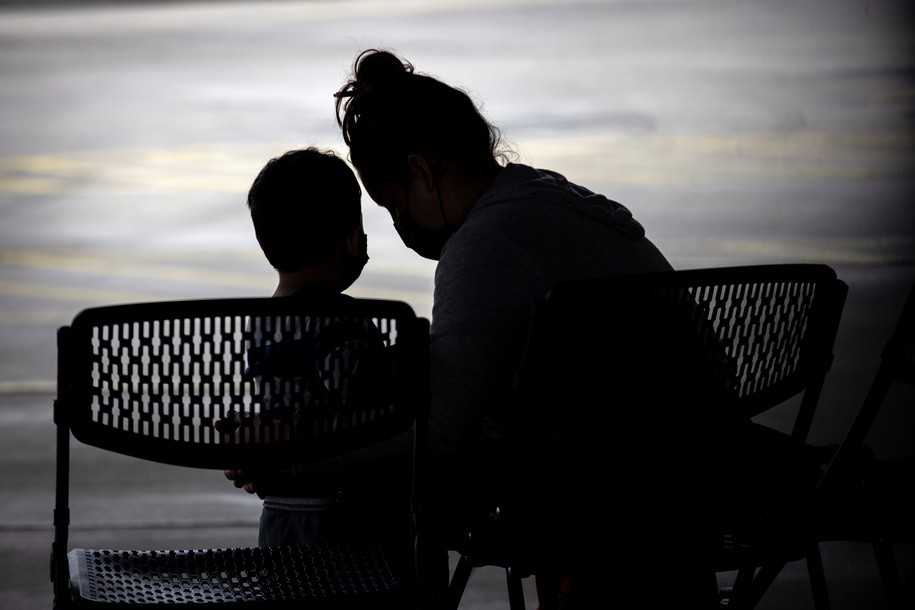 The first entries have been a collaborative effort between the Biden administration, the U.N. refugee agency, and nonprofit organizations. NBC News reported that after asylum-seekers were tested for COVID-19, they were taken to hotels provided by the San Diego Rapid Response Network to shelter. From there, they’ll eventually be able to travel to live with relatives or friends already here as they pursue their asylum cases (nearly all asylum-seekers show up for their court dates, contrary to claims from anti-immigrant loudmouths).

The CEO of Jewish Family Service, an organization that’s part of the San Diego Rapid Response Network, told CBS News that they’ll be able to provide families with diapers and bus tickets to their final destinations through a mixture of private and public funds. “Most come over with very little money and very little possessions,” Michael Hopkins said in the report.

As of the past weekend, only small groups of asylum-seekers currently enrolled in Remain in Mexico have been permitted to cross at just one port of entry, in San Diego. But the AP reports that the Biden administration will begin to allow some asylum-seekers currently enrolled in the policy to enter the U.S. through Texas crossings this week, Brownsville beginning on Monday, and El Paso beginning on Friday.

Just arrived at San Ysidro, the Port of Entry between San Diego and Tijuana. About to witness as asylum seekers finally get entry into the U.S. after being forced to wait in Mexico in the MPP program for years.

“Authorities can process up to 300 a day at the San Diego border crossing, but Hopkins said it’s not known when they will change the target of 25 a day,” the AP reported. Like we’ve noted before, time is of the essence: many of these asylum-seekers who have been forced to wait for their U.S. court dates in a squalid camp on the Mexican side of the border, where they’ve been enduring a grueling winter storm.

Among the nearly 900 people there are Enda Marisol Rivera and her 10-year-old son, also from El Salvador. With their tent’s propane gas stove frozen, the AP reported the two have been trying to stay warm under piles of blankets. “Despite the added hardship from the Arctic blast that hit Texas and northern Mexico, Rivera was in good spirits and closely watching the news.” She’s hoping her family is among those picked to cross into the U.S. soon. She has relatives in L.A., meaning she has somewhere to live while she fights her case. All she needs is to hear her name called soon.

“We have faith in God that we will be allowed in,” she said in the report. “We have already spent enough time here.”

While advocates are celebrating the entries of current enrollees, they expressed concern about the thousands of former enrollees who were blocked entirely by the previous administration. “By design, it kept [people] in danger to coerce them to give up,” Immigrant Defenders Law Center executive director and immigration attorney Lindsay Toczylowski said according to New Republic. Advocates also expressed concern about glitches at the registration site where families sign up to be taken out of the program, but by the weekend they said it appeared there were efforts to troubleshoot.

The bus with 25 MPP migrants has arrived on the Tijuana side of the border. Excited and proud to welcome them into the United States today. pic.twitter.com/e5WKYnqA7Y

“This Trump-era policy has been a humanitarian disaster, depriving thousands of asylum seekers of a meaningful opportunity to obtain asylum, while forcing them to endure perilous conditions in Mexico where they have been targets of kidnapping, rape, and other abuse,” American Civil Liberties Union attorney Judy Rabinovitz said. The group was among the organizations that successfully sued the previous administration over the policy.”

“The Biden administration’s action is a welcome start toward ending this inhumanity, but it must move swiftly to remedy the life-threatening situation facing everyone affected by this policy,” Rabinovitz continued. “That means allowing them to pursue their cases in the United States, in safety and without further trauma, detention, or delay.”