First came a spike in cases, then hospitals overflowed, and now Florida has ‘a backlog of bodies’ 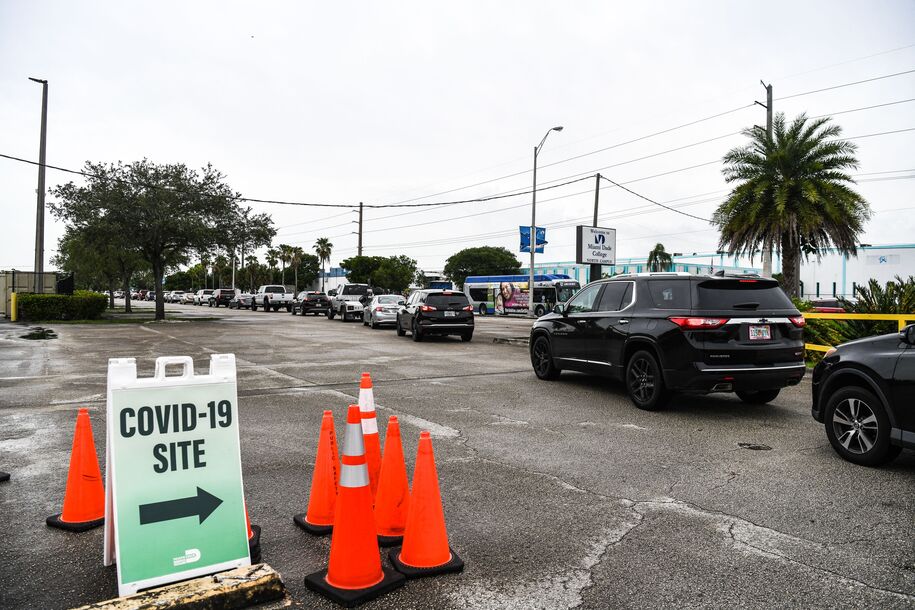 DeSantis is far from the only Republican courting the kill-kids-for-votes caucus. Texas Gov. Greg Abbott, whose state came in second to Florida for new cases of COVID-19 again on Tuesday, is certainly in the race for the people who Hillary Clinton very accurately named “deplorables.” South Dakota Gov. Kristi Noem has to be relieved that the unmasked, unvaxxed, unhinged Sturgis motorcycle rally has given her state a massive boost—after all, it’s hard to participate in the extremist Olympics if you don’t have some children to dangle over the flames.

Johnson & Johnson has their own booster on the way

However, something else may come sooner: a second shot.

While boosters for the mRNA-based Pfizer and Moderna vaccines are being scheduled over concerns that the efficiency of the jabs decreases over time, Johnson & Johnson insists that their vaccine continues to provide “robust protection” after eight months. As CNN reports, this booster is more about boosting the strength of the response rather than simply prolonging the time. Results from a phase 2 trial saw those who received a second dose of the Johnson & Johnson vaccine get a nine-fold jump in antibodies against COVID-19.

With concerns over the way in which the delta variant can more easily infect someone who has been vaccinated, and indications that efficiency of existing vaccines can be cut nearly in half when it comes to protecting against infection, this booster could offer the kind of protection that all the vaccines seemed to promise when they first became available. However, that can’t be certain; while the booster studies looked at the markers for disease protection, they didn’t check actual real-world efficacy.

When a second shot of Johnson & Johnson’s vaccine will become available is unclear.

In the U.K., tests done with a mixture of vaccines—such as giving those who had taken AstraZeneca’s vaccine a booster of Pfizer—seemed to promise both a broader response and a higher level of initial protection. It’s unclear if people in the U.S. will have any options on their boosters, or whether the only option will be a second or third stick with the same vaccine.

Two weeks ago, leaks (of the intelligence variety, not the viral sort) indicated that the intelligence report President Biden had ordered on the origins of the SARS-CoV-2 virus had come to an inconclusive end. Despite weeks of analysis and a good deal of suspicion, the evidence simply isn’t there to say definitively that the virus either made the leap from animals to human somewhere in the wild, or made that transition in a Hunan lab.

On Tuesday, that report was finally handed over to Biden. The New York Times reports that nothing has changed in the final days of the report’s preparation. The conclusion is still that there is no conclusion.

It was never likely that the intelligence agencies had the information necessary to point a definitive finger. Finding the origin of viruses is no easy task. It took a decade to find the original SARS-CoV virus harbored by bats hundreds of miles away from the site where the first known human outbreaks occurred. That mystery was eventually cracked by the Hunan Institute of Virology.

Don’t be surprised if it takes just as long to pin down SARS-CoV-2.