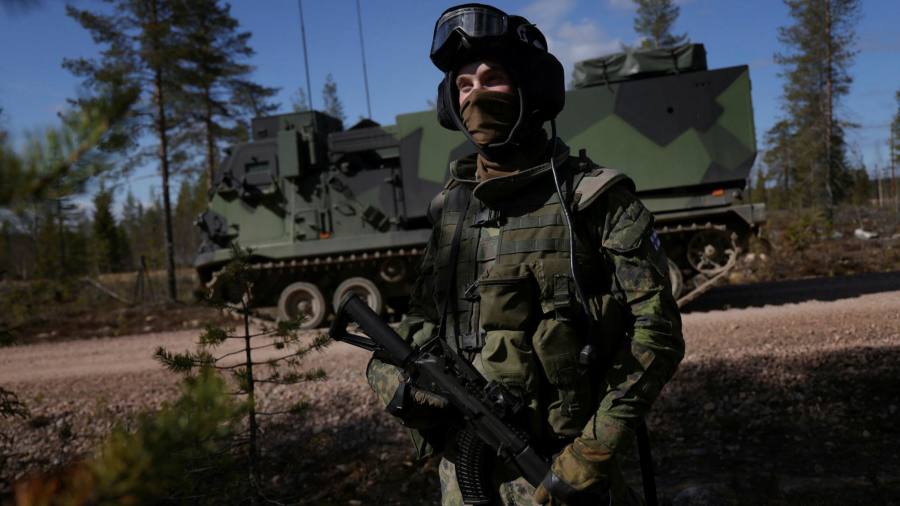 The head of Finnish intelligence has voiced his surprise that Russian reprisals have not yet followed its Nato application, as he sought to unblock the bid by reassuring Turkey on terrorism.

Antti Pelttari, head of Supo, Finland’s security and intelligence service, told the Financial Times that Helsinki remained “vigilant” over the potential for Russian mischief but that its eastern neighbour’s resources were tied up in the war in Ukraine.

Finland was braced for Russian cyber and hybrid attacks during its debate on whether to enter Nato and in the months leading up to becoming a formal member.

Finnish officials are hopeful that Russian president Vladimir Putin has accepted their decision to enter the western military alliance but believe that the Kremlin may be hoping to influence decisions such as whether foreign troops or nuclear weapons are based in the Nordic country. Pelttari said: “They are interested once Finland becomes a member of Nato, what kind of member Finland is.”

Finland has not shown any interest in either foreign troops or nuclear weapons, but it has not ruled them out — unlike fellow applicant Sweden.

The Finnish spy chief added that the Nordic country, once known for its cautious communications strategy over the Soviet Union, had become more direct in talking about its eastern neighbour.

Finnish president Sauli Niinistö memorably said last month that his message to Russia would be: “You caused this. Look at the mirror.”

Pelttari added: “There will be no major change — that is the Finnish way, to be prepared and take care of our security. We are firm but not very noisy.”

The remaining stumbling block to Finland’s and Sweden’s applications is Turkey’s opposition.

Niinistö had spoken to Turkish president Recep Tayyip Erdoğan before the bid, who had assured him it would be viewed “favourably”. However, Erdoğan has since claimed that Finland is a “guesthouse” for terrorism and turned a blind eye to the Kurdistan Workers party (PKK).

Finland is now mounting a charm offensive on Ankara, which includes the foreign minister setting out how Finland could be interested in purchasing Turkish drones and improving conditions for arms sales.

Pelttari also tried to reassure Turkey that it was doing its utmost to take the terrorist threat posed by the PKK seriously.

He dismissed the “guesthouse” claim, however. “We are not a safe haven for terrorism. We operate under our laws and procedures, and follow EU listing on terrorist organisations.”

Pelttari noted that the war in Syria meant that Finland was affected by international terrorism for the first time. Eighty people from the Nordic country went to fight for Isis. Supo sent a liaison officer to Finland’s embassy in Ankara for several years to deal with foreign terrorist fighters.

Pelttari said that Finland co-operated “very effectively” with Turkey and others on terrorism but could not provide any public details. “We take international terrorism very seriously. We condemn it, and we are a security provider in this field,” he added.