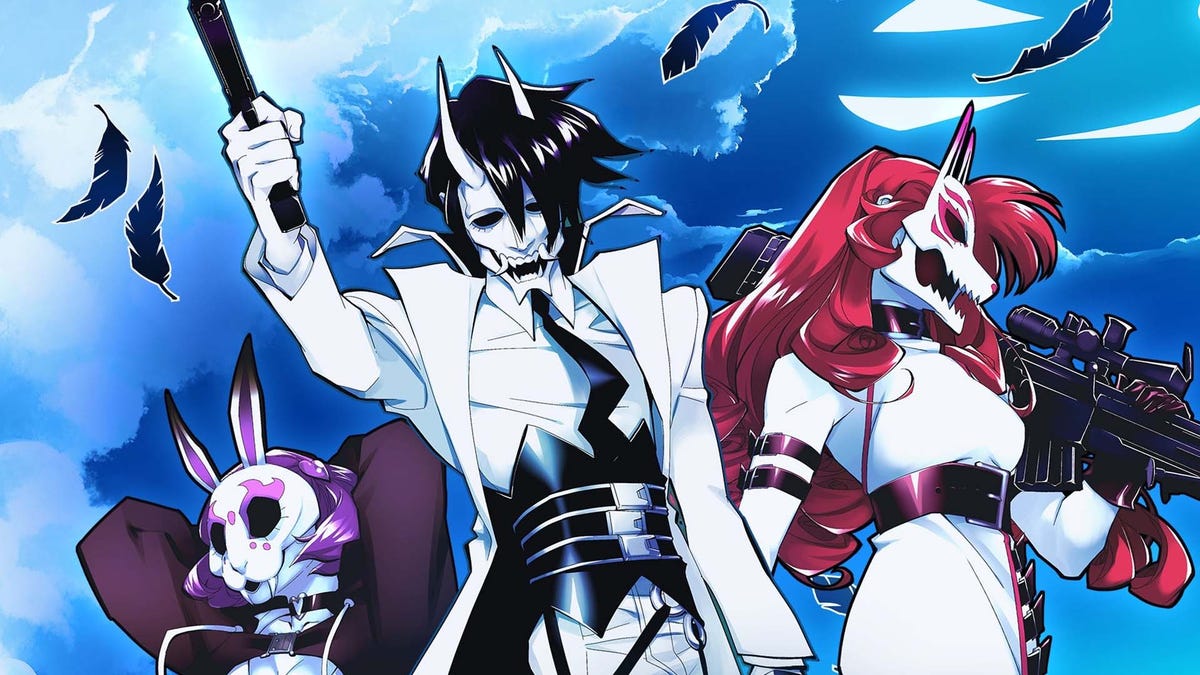 A few days ago, I was playing Neon White, which is what I mostly do these days when I’m not doomscrolling Twitter. I had set a fast but not perfect time on a level and was replaying to beat someone on my friend-filled leaderboard. Nothing was working. Then, on run 503 or so, I spotted an angle that would let me shoot a far-off enemy with a gun long before I encountered them, which would let me skip a whole section of the short map, saving me at least four or five seconds.

Finding that skip, pulling it off and then nailing a fast time felt amazing, and newly released indie FPS Neon White is filled with these kinds of moments, quickly turning it into one of my favorite games of 2022.

Neon White is a game about dead sinners, called Neons, who are invited to heaven for a short time to kill demons as part of a larger competition. The winner gets to stay for a year before it all happens again. You play as Neon White, a sinner who has forgotten his past and is trying to figure out who he is, who his fellow neons are, and how all this stuff works. It’s all very anime-inspired and it even features dating sim mechanics too. But I’m not here to talk about that stuff. I want to focus on the real reason to play Neon White: the ludicrously fast, stylish, and slick, first-person combat and platforming.

You use angelic powers that operate a lot like guns and kill demons in short levels built around mastering them and nailing a fast time. And you can easily, at least most of the time, get through these quick levels following the main path the game telegraphs to the player. Usually, this will be fast enough to let you progress through Neon White’s narrative. However, if you keep poking at these tracks and exploring them, you’ll quickly discover shortcuts and skips, letting you slice more and more time off your best run. This is where Neon White goes from a great game to, “Oh my god, I stayed up until 3 a.m. playing this game and have work tomorrow.”

Most levels have at least one shortcut that the game reveals to you via a marker once you get a fast enough time. But many of them also contain other shortcuts or skips that aren’t obviously signposted. Some of these require thinking outside the box, planning ahead, or some grinding.

“Arrival,” an early level, consumed me for nearly three hours. The entire thing could be completed in under 40 seconds fairly easily. But I noticed that I could skip an entire tower in the middle of the level with a few well-placed shots. Next, I found a skip where, instead of bouncing on a floating demon, I zipped by it and shot it with a rifle power before passing by. (You have to kill every demon or you can’t finish the level and set a time.) Eventually, I looked at the clock and realized how much time I had spent trying to desperately shave off a few more milliseconds. All my hard work led to me reaching the top five in the world on that level, an accomplishment that feels almost as good as destroying my friend’s times on Steam. Almost.

What really helps make finding and executing shortcuts and skips in Neon White so satisfying is that many of them seem almost like cheating. You feel a bit naughty for skipping an entire section of a level or going somewhere that feels out of bounds. But of course, outside of actual glitches, all of these skips are intended or designed to be possible. Still, nailing them makes you feel like a badass genius, and that’s not often how I feel in my day-to-day life. So thanks, Neon White, for letting me feel like the smart guy in the room, for once.

Of course, all of this confidence and satisfaction was destroyed the moment I looked up speedruns of the game on YouTube. My recommendation to you all: Don’t do that. At least, not until you’ve finished the game. Ignorance is bliss and all that.