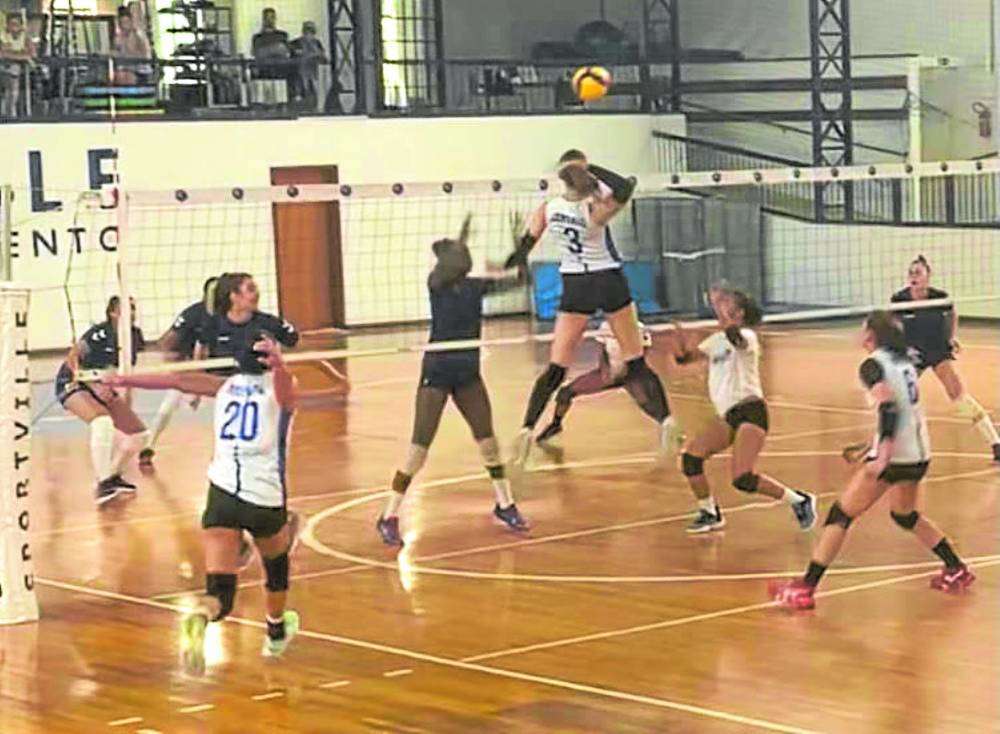 The Philippine women’s team see action against a Brazilian under-21 squad. —JUNE NAVARRO

BARUERI, BRAZIL—Facing adversity while approaching set point, the country’s top-flight spikers summoned the warrior in them and surprisingly managed to trample on the home team right on its own turf.

That’s how resilient the Philippine women’s volleyball team has become going into the final stretch of the Brazilian training camp designed to develop its ability to clash head-on against regional heavyweights in the Southeast Asian (SEA) Games.

“They are very smart and are getting better. I know that in competition, they can do much more,’’ said head coach Jorge Edson Souza de Brito.

The Brazilian tactician can readily back up his claim after personally witnessing the monumental turnaround the Filipinos pulled off in the second set of their first meeting with the Barueri Volleyball Club under-21 (BVC U21) squad, which they eventually won in straight sets.

“You know there’s something inside you when you start playing. All warriors have this kind of mentality, this drive inside,’’ said De Brito, an Olympic gold medalist who helped Brazil’s men’s volley team rule the 1992 Olympics in Barcelona, Spain.

On Thursday, the PH spikers again duplicated their mastery over BVC U21 and although they gave up a set in a 25-11, 22-25, 25-13, 26-24 triumph, the team showed much potential in front of a large Filipino community wildly cheering at the stands.

But De Brito, assisted by a pool of competent local coaches in Odjie Mamon, Grace Antigua, Raffy Mosuela, Tina Salak and therapist Grace Gomez, assessed that the progress of the team is far from perfect.

“Based on the four games we played, I think we are 60 to 65 percent [ready]. We will become better once we solve some of the concerns on the floor,’’ said De Brito.

The national team won three of their four tuneup matches, including three straight—once opposite club team Sesi Sorocaba and twice over BVC U21—after dropping the meeting against Superliga A Sao Caetano, which took place immediately a day after arriving from a 35-hour journey from Manila.

For now, De Brito is looking to address all on-court concerns first before setting another tuneup with a tough Brazilian club team.

“We don’t need any [tuneup game] right now. Maybe next week, but right now we have to fix some problems before we play again,’’ said De Brito.

They are aiming to secure a medal in the SEA Games to end a long drought since Team Philippines claimed a bronze medal in the 2005 SEA Games in Manila.