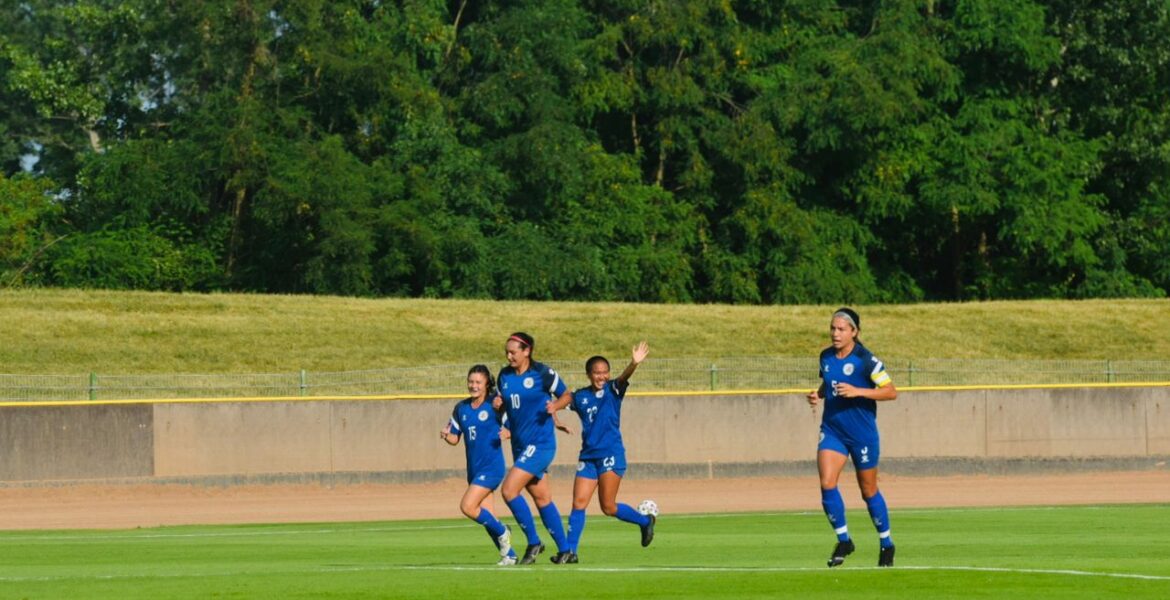 MANILA, Philippines—The Philippine women’s football team has spent the last several months training and competing at a high level from one country to another.

But for the Filipinas, who are determined for more glory in the upcoming AFF Women’s Championship here, there’s no place like home.

“I know I can speak for all of the girls of how exciting it is to be playing in the Philippines. This will be my first time playing in the Philippines and we have family, extended family over here, immediate family and I think it would mean so much more to get to play in front of all our friends, family and supporters,” said Filipinas skipper Tahnai Annis in a presser Wednesday.

“Since we’ve been playing all over now and haven’t really got to have that home field advantage, home field crowd and I think everyone is just really excited for that and I think all of the support we will have will really help us through this long tournament,” she added. “Really honored to play in the Philippines.”

The Filipinas just arrived in Manila from Slovenia where they beat Bosnia and Herzegovina twice in a series of friendlies. They also pushed world No. 27 Ireland, which narrowly beat them, 1-0, in another friendly in Turkey.

The Filipinas are expected to have their work cut out for them in Group A of the AFF Women’s Championship, which begins on July 4 at Rizal Memorial Stadium.

Playing before a home crowd, however, will certainly be of big help.

“It’s really exciting. I know when we first found out the tournaments we were going to, this one was one that I particularly had circled on. I’ve already talked to lots of family, trying to coordinate making sure that they have access to get the game or to stream and I know they’ve been really excited. So I think this is a really good opportunity just to thank them for all that they have done just to support us while we’ve been training, competing,” said Filipinas defender Dominique Randle.

“I think it’s really great to feel that familial support now that we’re here I think we just take every game one step at a time and hopefully we channel that energy that we have from the fans and from our families and we can show our heart through the way that we play,” Randle added.

The World Cup-bound Philippines kicks off its campaign against Australia, a side Stajcic sees as “the toughest team in the tournament” despite missing some key cogs in the biennial competition.

“We can’t wait to see a full stadium of Filipinas and Filipinos supporting the team and hopefully get us over the line in what is a really tough group,” Philippine team coach Alen Stajcic said. “There’s no doubt that we’re in the toughest section of the tournament so we’re really looking forward to the challenge and again excited to be playing in front of a home crowd.”

“Playing on home soil is something special and I’m sure something that the players are going to remember for the rest of their lives.”