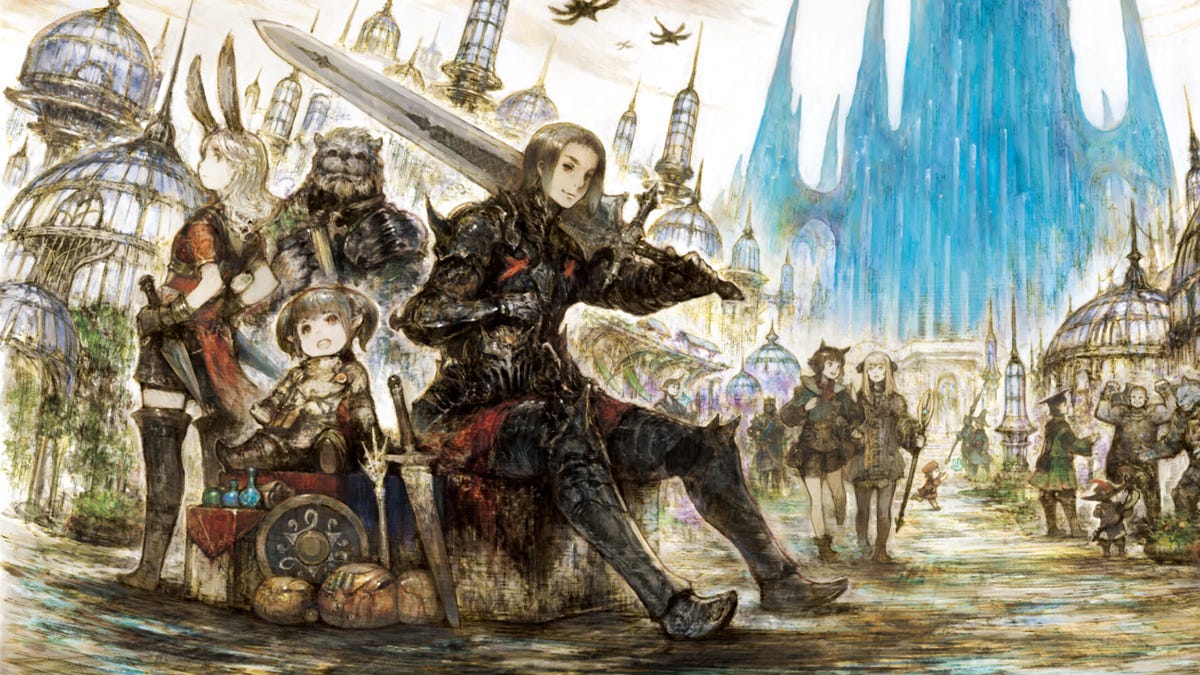 With lengthy wait times a distant memory, the Final Fantasy XIV team is ready to return to normalcy by letting folks stay logged in forever, no matter how long they go without, you know, actually playing the massively multiplayer online game.

In July 2021, Final Fantasy XIV introduced a system that kicked players after 30 minutes of inactivity. This aimed to mitigate the game’s increasing server congestion ahead of the highly anticipated Endwalker expansion’s launch that December. Sadly, it didn’t do much. The overwhelming popularity often resulted in hours-long login queues. But things have chilled out these days. Players are again free to AFK to their hearts’ content, a feature that sets Final Fantasy XIV apart from its contemporaries.

When Final Fantasy XIV implemented these auto logouts, I was surprised that the game didn’t already boot people who weren’t doing anything. In terms of maintaining online stability, it only makes sense. Drawing in tens of thousands of players at any given moment means doing everything you can to ensure servers aren’t being overloaded. Other persistent online games like World of Warcraft, Runescape, and Lost Ark, for instance, have long had their own AFK timers.

Final Fantasy XIV—and, by extension, its player base—is different from other MMOs. Its lack of an AFK player-booting system allows the world to feel fuller and more alive. Traveling to any of Final Fantasy XIV’s bustling city centers can be an overwhelming experience, as you’re often met with throngs of players just hanging out. In fact, some folks never log out at all, preferring to let their characters dance away the time between play sessions in public areas.

As such, the Final Fantasy XIV team’s decision to remove the AFK timer is proving to be a popular one with the MMO’s passionate community.

“When I first started, there was some guy standing in the road in the Black Shroud for a solid week,” said a player on the Final Fantasy XIV subreddit in response to the news. “I was dumbstruck. Now, I pretty much never log out, for no particular reason, so I get it.”

“Before [Endwalker] released, there was always a dude on the steps in front of the Aetheryte in Ul’Dah doing the [Bee’s Knees dance],” another player said. “I referred to him as the Meth Pope due to his colorful outfit (or lack thereof), and for the first time in months, I saw him again this morning.”

“I alt-tab in the [free company] house every day, keeping the music in the background,” said a third. “I reckon I’m probably not alone with that. Other people just never log out. Modern PCs have the ability to keep [Final Fantasy XIV] open without hindering anything else. Can literally play other games while [it’s] running. I log in when I turn on my PC, log out when I turn it off.”

Final Fantasy XIV’s social aspects often prompt players to achieve personal goals outside the traditional content, such as making their character as bright as possible.

Square Enix is currently enjoying a victory lap after Endwalker contributed to a “sharp rise” in subscriptions, making it one of the company’s most profitable endeavors in the previous fiscal year. Aside from the removal of the AFK timer, Final Fantasy XIV has also received smaller mechanical adjustments and extra content via the current “Newfound Adventure” patch, which should, in part, lead directly into its next major storyline.