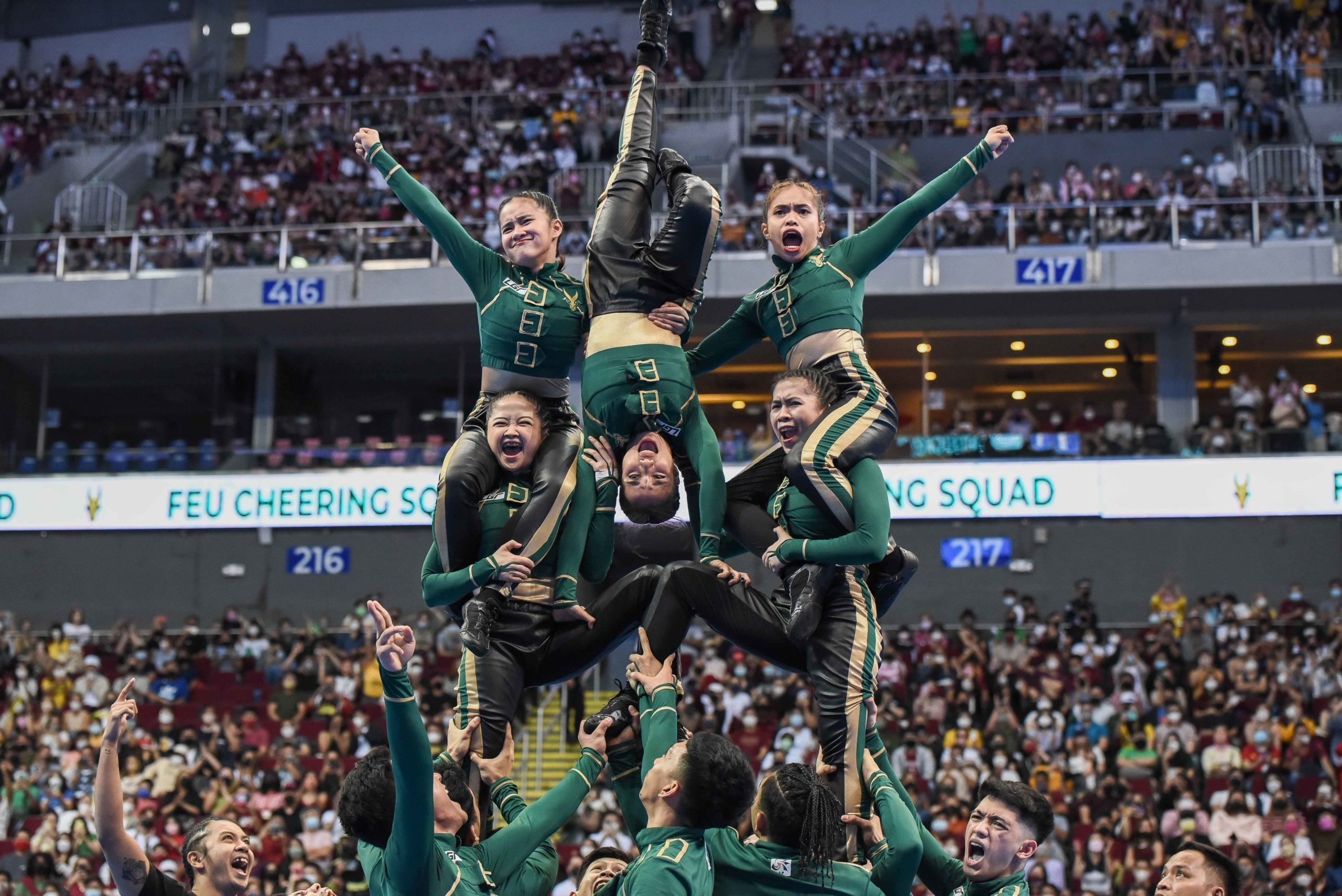 Coming off a two-year layoff, the FEU Cheering Squad executed a clean and nostalgic performance that rocked the 12,522 crowd on Sunday at Mall of Asia Arena for its first UAAP Cheerdance Competition championship since 2009.

“We really liked Queen’s songs as our theme even before the pandemic. I’ve always been a fan of their music,” ,” said San Gregorio in Filipino after finally getting over the hump of back-to-back runner-up finishes in the past two seasons.

“We don’t keep our theme as a secret because all of the coaches are creative. So before we get beat to it, we just reveal our theme.”

Despite performing under a unique cheerdance environment limited to only 15 performers and a three-minute performance without the presence of the drummers, the FEU Cheering Squad perfectly executed its stunts and gracefully danced to the music of Queen to finish No.1 in every scoring department with a total of 727.5. points.

“We did our best from the situation because it’s the rules. It’s either we fight or we frown. We fought, we chose to fight,” San Gregorio said.

“We were so blessed that nobody got injured. The bubble worked towards our advantage. No one went out of the bubble, no one was allowed to roam. All their energy was in training.”

San Gregorio believes the best is yet to come for his squad as they look forward to defending their throne, once the competition returns to its standard rules of six-minute performance with 25 members.

“We had better routines that we couldn’t execute. It’s still different when you perform for six minutes because there’s a lot you could do. We were worried that we might get low scores in the dancing which is our strength, because three minutes is limiting. I’m glad it worked,”  he said after his team ranked first in dance with 361.5 points.

After ending a 13-year title drought, San Gregorio announced their theme for the next competition will be inspired by the songs of legendary Filipino rapper Francis Magalona.