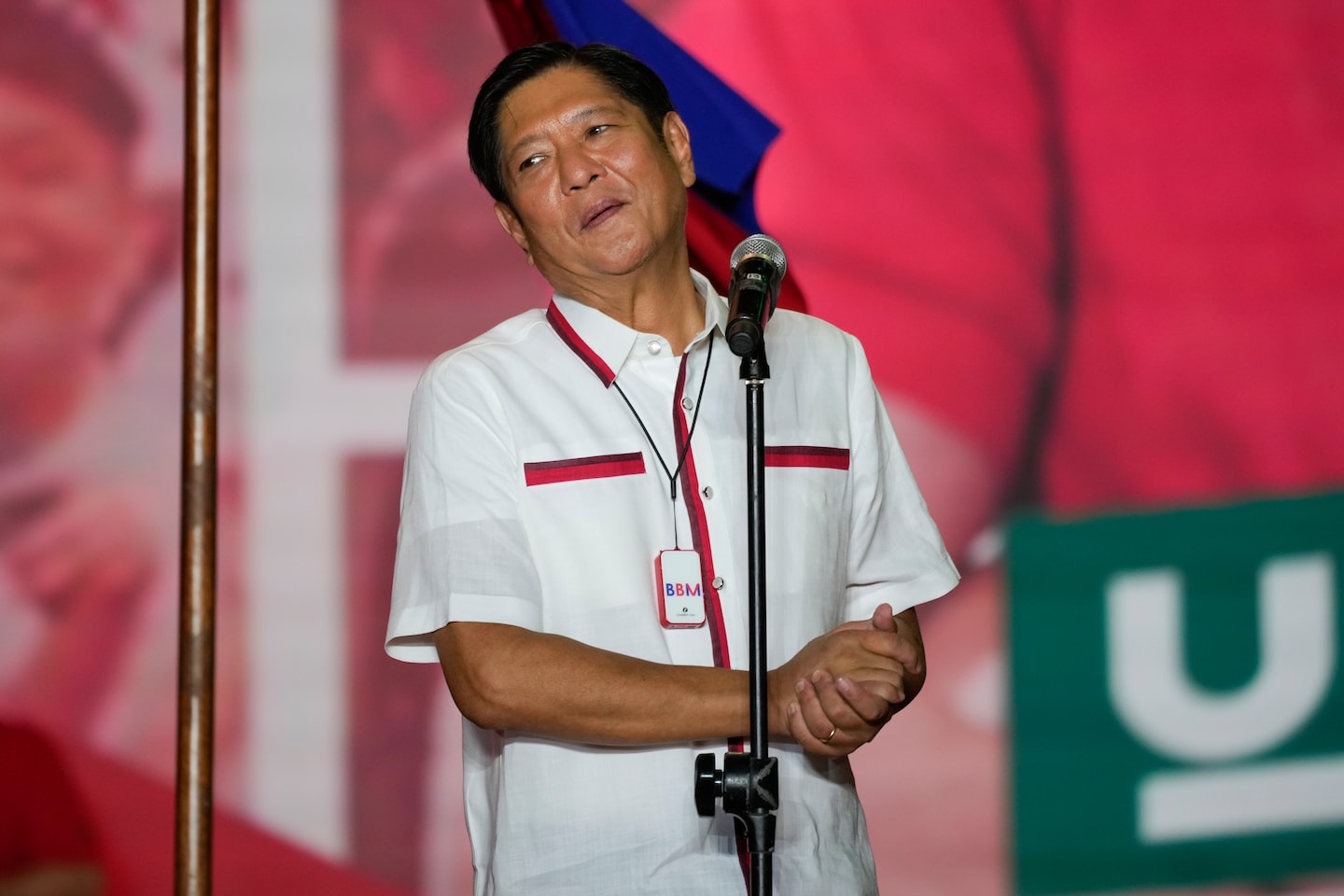 MANILA — Philippine President Ferdinand Marcos Jr., son of the late dictator Ferdinand Marcos Sr., was sworn into office on Thursday, sealing a family comeback that was decades in the making.

Marcos, 64, won a historic landslide victory during the May elections. More than 30 million votes were cast for him, making Marcos the first presidential candidate to obtain a majority since the revolution that ousted his father 36 years ago. His election suggests a continued preference for populist leaders among Filipinos — who were governed for the last six years by the tough-talking Rodrigo Duterte, best known internationally for a war on drugs that has left thousands dead.

Marcos, known as “Bongbong,” takes office with the Philippine economy ascendant. It is one of the fastest-growing nations in Southeast Asia and many pandemic restrictions have been lifted. But inflation remains a threat and poor infrastructure is a head wind for growth. The president also has to balance relations between an assertive China, the regional economic dynamo, and the United States, a treaty ally.

Washington is represented at the ceremony, held at the capital’s National Museum, by a delegation led by second gentleman Doug Emhoff. The inauguration is expected to be met with protests and police have said they would deploy thousands of officers for security.

Rehearsals also indicate that there would be a significant military presence during the planned parade. There are fears of escalation, especially after police used a water cannon to disperse crowds during protests last month.

Meanwhile, survivors of Marcos Sr.’s autocratic regime — which include an estimated 70,000 who were detained and tens of thousands who were tortured — will hold a separate ceremony in the capital, during which they will pledge to “guard against tyranny.”

“The survivors are a vanishing breed, if not an endangered species and the time to correct falsehoods and lay bare the truth is now,” said Tina Bawagan, a spokesperson for the survivors. “Most of us remaining are in the last quarter of our lives. We are appalled at how the Marcoses have attempted to deny that dark and gruesome period of history.”

The Marcos family is estimated to have plundered some $10 billion during two decades in power that were marred with rights abuses. But the president benefited from an elaborate disinformation and rebranding campaign on social media.

The Philippine political system is dominated by political dynasties and a tradition of patronage. Marcos’s mother, Imelda, now 92, is expected to attend the inauguration. She was convicted of graft, but was never imprisoned. His sister, Imee, is a senator, and his eldest son Ferdinand Alexander will serve as a lawmaker.

The new vice president is Sara Duterte-Carpio, the outgoing president’s daughter. Duterte-Carpio was sworn into office this month, but did not assume office until Thursday.

On the campaign trail, Marcos skipped debates and interviews. He offered few specifics on policy, instead running on a vague promise of “unity.” Several of the top officials he has named served in the administration of the liberal former president Benigno Aquino III, whose family was a political rival of the Marcoses.

There is an “almost head-to-head balance between political and technocratic appointees” in the cabinet so far, said economist Ronald Mendoza, dean of the Ateneo School of Government.

But critics fear that a Marcos presidency means a setback for institutional reform in a fledgling democracy with rampant corruption. Human rights advocates note that the president has pledged to carry on his predecessor’s drug war, though he has said he would do so legally. Duterte-Carpio’s position in high office also means it is unlikely that the new government will cooperate with the International Criminal Court’s investigation into Duterte’s deadly policy.

The Marcos family can quiet detractors by actively engaging in reform, Mendoza said. Otherwise, they would have squandered … a golden opportunity to try to resuscitate the [Marcos reputation],” he said. “I don’t think you’ll get that opportunity again for the entire clan.”