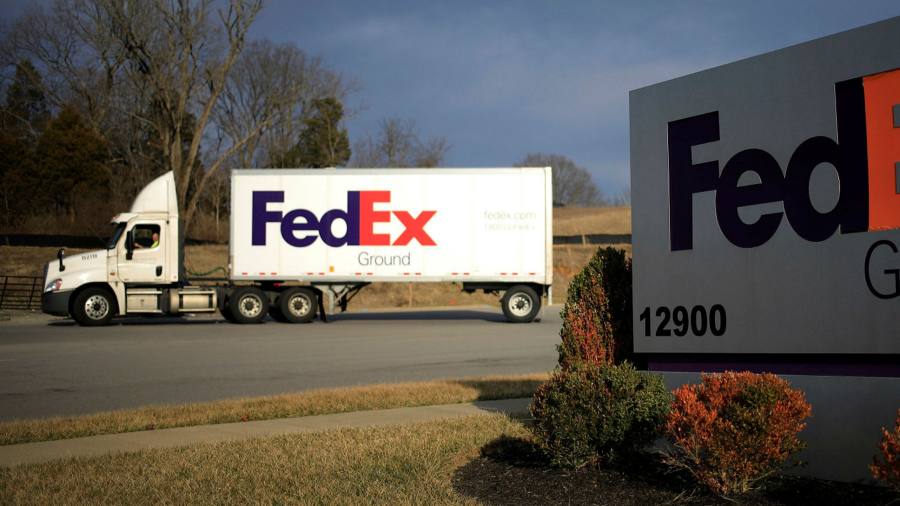 Nike blamed a global shortage of shipping containers and congestion at US ports for a double-digit drop in North American revenues during the third quarter, taking the gloss off strong sales growth in China and through its online store.

The shoe and sportswear maker said on Thursday its revenue performance during the third quarter was adversely affected by supply chain issues stemming from the coronavirus pandemic, particularly in North America, its main market, and Europe, the Middle East and Africa.

North American revenues dropped 10 per cent from a year ago on a reported basis to $3.56bn, which the company said was “largely driven by global container shortages and US port congestion, which delayed the flow of inventory in the third quarter by more than three weeks, impacting timing of wholesale shipments”.

Although lockdown-induced closures of physical stores in EMEA during the final two months of Nike’s fiscal quarter weighed on sales in the region, the greater China market, which includes the mainland, Hong Kong and Macau, enjoyed a 51 per cent jump in revenue to $2.28bn during the third quarter. That resulted in it overtaking EMEA as the company’s second-biggest market by revenue for the period.

All up, Nike reported third quarter revenue of $10.36bn, which was up 3 per cent on a reported basis, but down 1 per cent adjusted for currency fluctuations. Wall Street expected revenue of $11bn, according to a Refinitiv survey of analysts.

Of that, $4bn came from the company’s direct-to-consumer platform, Nike Direct, representing a 20 per cent increase from a year earlier and with “strong double-digit increases” in sales growth in all regions.

Nike’s net income in the quarter was $1.45bn, or 90 cents a diluted share, which was up 71 per cent from the same period a year ago when the company booked a non-cash charge of 25 cents a share due a change of distributor model in South America.