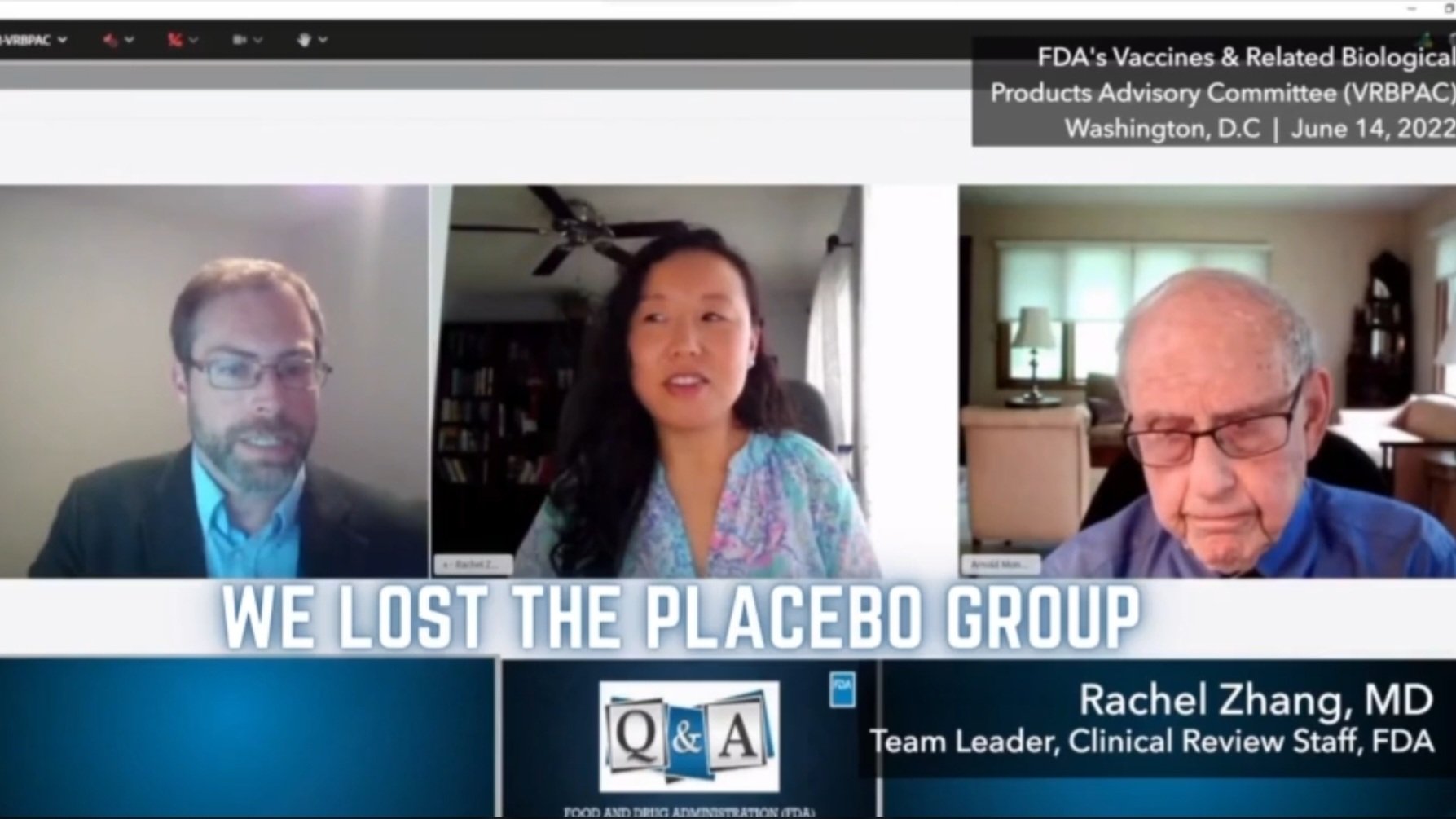 Earlier this month the Food and Drug Administration (FDA) authorized the mRNA vaccine for emergency use in young children, aged six months to five years old, after its advisory committee voted in favor of the experimental treatment, claiming that it has passed its clinical hurdles and is effective in preventing symptomatic infection without causing worrisome side effects.

However, in addition to ignoring the mountain of evidence showing the vaccines are regularly causing life-threatening injuries – especially in healthy children and young people, the FDA ‘experts’ have routinely skipped crucial steps in the testing process, allowing them to manipulate the data in order to suit their desired outcomes.

This inexcusable act of criminal malpractice was confirmed this month by the team leader of the FDA’s clinical review staff, Rachel Zhang, who explained during an advisory panel zoom call that the agency had lost the results from the placebo group during its clinical trials related to the decision to approve the experimental jab for America’s youngest children.

Without this data from the placebo group, the effectiveness of the vaccine cannot be measured against those who did not receive the treatment. Therefore, the clinical trial is meaningless. But the gaping hole in the results apparently doesn’t matter to the ‘experts’ at the FDA, who went ahead with the EUA approval anyway.

“There is no efficacy data,” Zhang explained. “I guess it will have to come from real-world effectiveness,” she added glibly.

In other words, babies and toddlers are essentially vaccine guinea pigs that will provide the lost data. Remember, Zheng is the team leader of the FDA’s clinical review staff, which oversees the approval of new medical treatments.

“…We have lost the placebo groups, so we cannot really say anything about the duration of vaccine efficacy after that.

There’s no more efficacy data, basically, after that time point. So, unfortunately, we are limited to – in this study – would be the results that we have shown you in the slide with the data cut off. The latest one [placebo group data] would be the May 31st one, and that still is, unfortunately, very few cases…

…I guess it will have to come from real-world effectiveness.”

How does something like this even happen? They don’t even have to come up with a viable excuse anymore. This is literally on par with the old ‘dog ate my homework’ line. What a joke.

Watch, via The Vigilant Fox:

Considering the horrible results of the vaccine across the board when it comes to the basic job of preventing the spread of the virus, it is awfully convenient that the data which would confirm natural immunity in healthy young children is better than the failed experimental jab just happens to disappear.

Nevertheless, despite the myriad of issues, the FDA dutifully approved the vaccine for babies and toddlers just days after Zheng admitted the agency had “no efficacy data.” Because sCiEnCe!

Keep in mind that children have an astonishing 99.995% recovery rate from the virus. The vaccine itself is more than likely worse than the virus itself, as some estimates have pegged the number of children who have died from Covid, as opposed to with it, at zero.

New Study: ZERO Deaths From COVID Among Healthy Children — Why Are They Forced To Take Dangerous Vaccine?

Not only are children effectively in zero danger of this virus, but recent data has shown that they are actually more susceptible to long-term vaccine injury after taking the experimental mRNA jab, especially among young boys. Cases of myocarditis have exploded among young Americans, hitting unprecedented levels ever since the vaccine was made available to those aged 12-17.

With all of the data out there, NOT vaccinating children aged 5 months to 6 years should be a no-brainer. Putting this poison into the arm of an innocent toddler is beyond criminal.