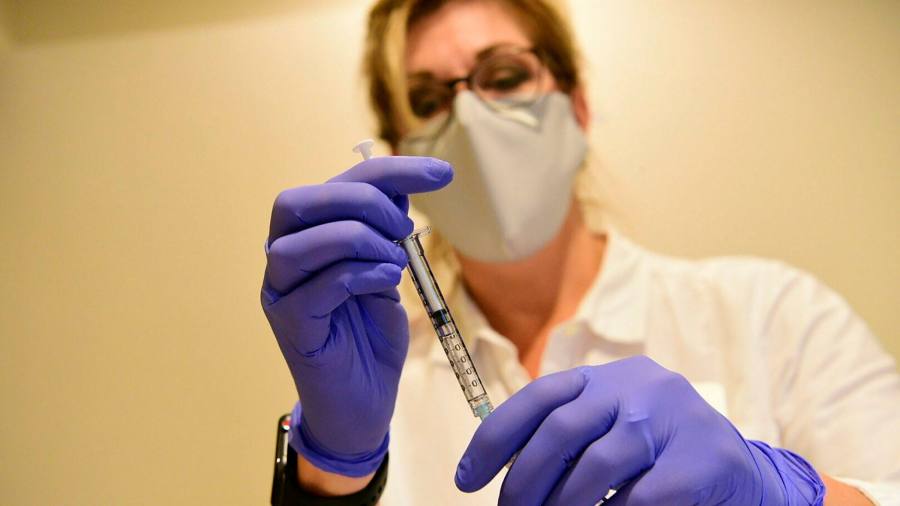 Scientists at Johnson & Johnson are making the case for the Food and Drug Administration to grant emergency authorisation for its single-shot Covid-19 vaccine, which could bolster vaccination efforts in the US and around the world.

The company told a panel of experts on Friday its vaccine was safe and effective, and had been proven through multiple clinical trials.

If the panel gives the go-ahead at the conclusion of Friday’s meeting, the FDA could authorise the vaccine as soon as this weekend, making it the third authorised vaccine in the US and the first to work after a single dose.

Johan Van Hoof, global therapeutic area head at Janssen, J&J’s pharmaceutical division, told the panel on Friday: “Jensen’s vaccine candidate would play a critical role in the global efforts to fight Covid-19 . . . [It has been found] to offer substantial protection, especially against severe Covid-19, including hospitalisation and death, irrespective of the variant.

“It is well tolerated and safe, and it is a single dose regimen, with stability and transportation conditions that are compatible within existing distribution channels.”

J&J has said it was ready to ship 4m doses immediately. Authorisation of the J&J shot will help reinforce US supplies as the Biden administration races to distribute vaccinations as quickly as possible.

The FDA has already granted emergency authorisation to the vaccines made by BioNTech/Pfizer and Moderna, nearly 70m doses of which have been administered.

The FDA’s scientists said the vaccine did not show signs of causing side-effects that would stop them from authorising it. The main complaints from recipients were pain at the point of the injection, headaches and fatigue, as have been reported with the Moderna and BioNTech/Pfizer vaccines.


Officials from the US Centers for Disease Control and Prevention said on Friday that as of mid-February, with 55m doses having been administered, it had not seen any significant rise in potential side-effects such as strokes and seizures among those who had received the Moderna or BioNTech/Pfizer vaccines.

Though relatively few pregnant women have so far received a vaccine, the CDC added that it had not seen any worrying signs of serious side-effects among those individuals either.

The CDC has previously warned the vaccines can cause severe allergic reactions but only among a very small proportion of people with already identified allergies.

According to the organisation’s latest data presented on Friday, there have been an average of 4.2 severe allergic reactions to the BioNTech/Pfizer injection per million recipients, and 2.5 per million to that made by Moderna. That compares with 1.3 cases per million after a flu vaccine.

This week the number of coronavirus deaths in the US passed 500,000 — by far the highest death toll in the world in absolute terms — underscoring the urgent need to increase vaccinations to prevent another surge in infections, especially from emerging variants.

While the level of new infections has been declining in the US over the past few weeks, Rochelle Walensky, CDC director, told reporters on Friday that she was concerned that the downward trend could be stalling.

As the first single-shot vaccine, J&J’s jab will be an important contribution to the global race to inoculate people. The vaccine is easy to transport and store, and is being produced on a non-profit basis, making it more likely to be widely adopted in the developing world.