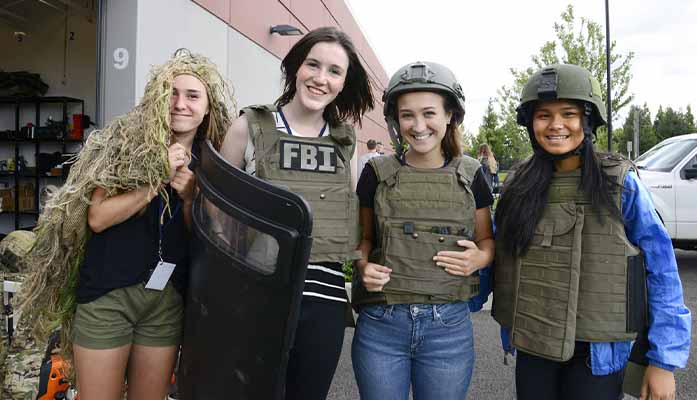 Students in Arizona who are high school juniors or seniors could have the opportunity to attend the FBI – Phoenix Teen Academy this summer to obtain a greater understanding of the FBI’s mission.

Applications are being accepted through May 18 for students interested in a one day “behind-the-scenes look” into the FBI – Phoenix Field Office which is responsible for all of Arizona. A Tucson area class will be held June 22 while the Phoenix area class is set for June 27.

Participants will learn about the FBI’s fight to combat drugs, the agency’s evidence response team, and its SWAT team. Participants will also have a chance to hear from FBI agents and other FBI personnel.

“The FBI offers many career paths including Special Agent, Accounting, Nursing, Intelligence, and Administration,” according to the announcement. “Any student with an interest in the FBI is encouraged to apply. This program is not exclusive to students interested in criminal justice.”

Teen Academy is sponsored by the Phoenix Chapter FBI Citizens Academy Alumni Association. It is a competitive program, so not all of the teens who apply will be chosen.

“Student selection for the Teen Academy will be based on a quality application and written assignment,” the announcement states. “The application, release form, and supporting assignment must be received by the FBI Phoenix office by May 18, 2022. Incomplete and/or late applications will not be accepted.”

More information on the FBI Teen Academy and the application form are available at https://www.fbi.gov/contact-us/field-offices/phoenix/community-outreach