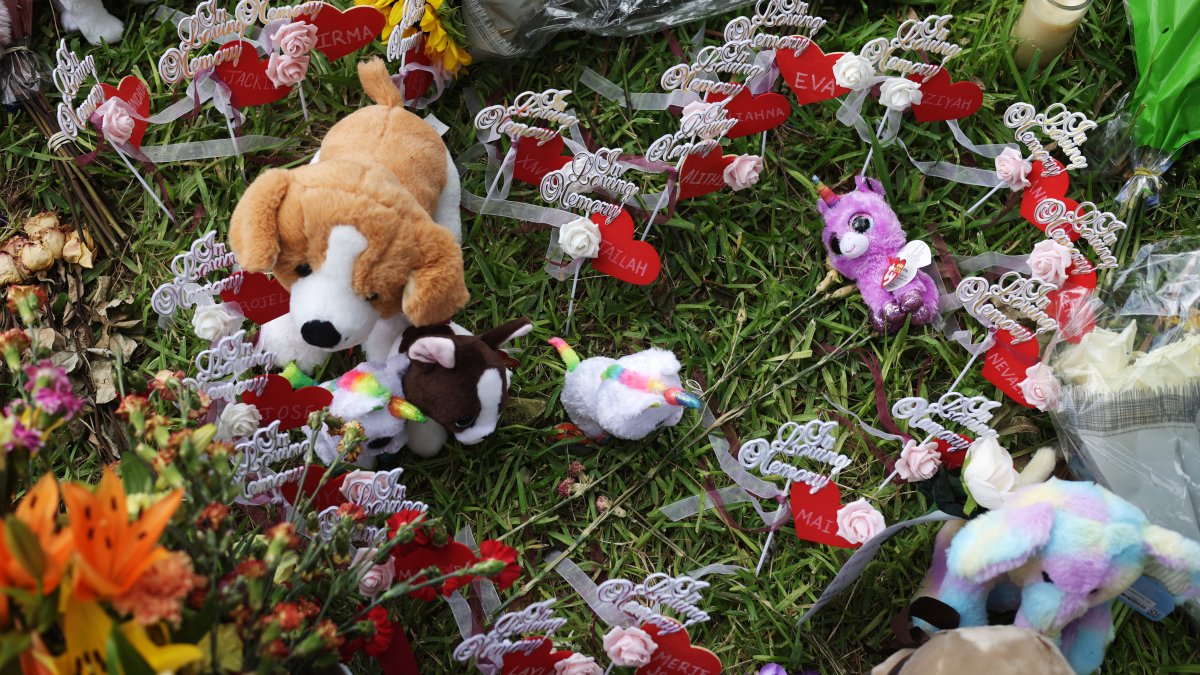 A father in prison was denied compassionate release in order to travel to Uvalde to attend his daughter’s funeral.

On Tuesday, May 24, Eliahana “Eli” Cruz Torres, 10, was shot inside her fourth grade classroom at Robb Elementary school in Uvalde, Texas.

Eliahana, who played Little League baseball and loved to dance, died — one of 19 students and two teachers killed in the second largest school shooting in the nation’s history.

On Thursday, Eli was laid to rest as grieving family members, friends and Uvalde residents attended her funeral.

But her own father, Eli Torres, was not there to grieve with them.

Torres, 45, is an inmate at McCreary U.S. Penitentiary in Pine Knot, Kentucky. Convicted in Del Rio, Texas in 2013 for drug trafficking and conspiracy, Torres was sentenced to 20 years in federal prison. He is scheduled to be released in February, 2033, according to federal prison documents.

“The choices I made, it cost me,” Torres told the Houston Chronicle. “I could have prevented this from happening, somehow, some way, as a father. … I could have stopped it somehow. Protected her.”

TODAY Parents submitted a formal request with the Federal Bureau of Prisons to speak with Torres, but did not hear back.

Torres told the Houston Chronicle he spoke to his daughter frequently via phone, and received the last letter she would ever write him days before she was killed.

After hearing his daughter was gunned down inside her elementary school, Torres requested a compassionate temporary release so he could travel to Uvalde, Texas for his daughter’s funeral. The request was denied, reported Univision reporter Lidia Terrazas, who has been following the family’s story closely.

“The days and nights, they’re dark,” Torres told the Houston Chronicle, detailing what it’s like to mourn his daughter’s untimely death alone. “I can’t see no light.”

A representative from the Federal Bureau of Prisons told TODAY Parents in a written statement that, “for privacy, safety, and security reasons, we do not provide information on any individual inmate’s conditions of confinement, to include a request for temporary release.”

On the day of Eliahana’s funeral, Kim Kardashian asked the Federal Bureau of Prisons, via her social media accounts, to grant Torres a temporary release so he could say goodbye to his daughter in person.

“I’m a mom of two kids myself and and the shooting in Uvalde, although preventable, was horrific and tragic and beyond comprehensible. I don’t ever want to become numb to it,” Scott told TODAY Parents. “I’m a state representative here in Kentucky and I felt like I should, at least, do what I can to help a father bury his daughter.”

Scott says she never heard back from the office of the president, before or after Eliahana’s funeral on Thursday.

Related: Uvalde funeral homes are overwhelmed — but not alone — preparing for burials

Scottie Ellis, a spokesperson for Gov. Andy Beshear, told the Lexington Herald-Leader before the child’s funeral that “the letter is addressed to the President and merely CC’s the Governor.”

“It is about an inmate in a federal prison,” the statement continued, “and the Governor has no authority over inmates in federal custody.”

TODAY Parents reached out to the White House and Gov. Andy Beshear’s office for comment, but did not hear back at the time of publication.

“I thought it was very flippant response to my letter — basically saying he was just copied on the letter and there’s nothing he can do,” Scott said. “Versus saying, ‘Yes, we believe in compassion.’ And the governor is a father as well. At least we could have tried to do something before her funeral. I feel like we continue to fail the people of Uvalde.”

Eliahana’s funeral was one of 12 held during the first week of June for the victims of the Robb Elementary School shooting — 11 students were buried, along with teacher Irma Garcia and her husband, who died of a heart attack two days after his wife was murdered.

Funerals are scheduled to take place in the next two-and-a-half weeks, one right after the other.

“I’m sorry that he was not able to attend at least the service to say goodbye in person,” Scott said, speaking to Eliahana’s family. “And I’m sorry that that neither Kentucky nor Texas nor the entire United States government could make that happen.”

Read the full story on TODAY.com. More from TODAY: