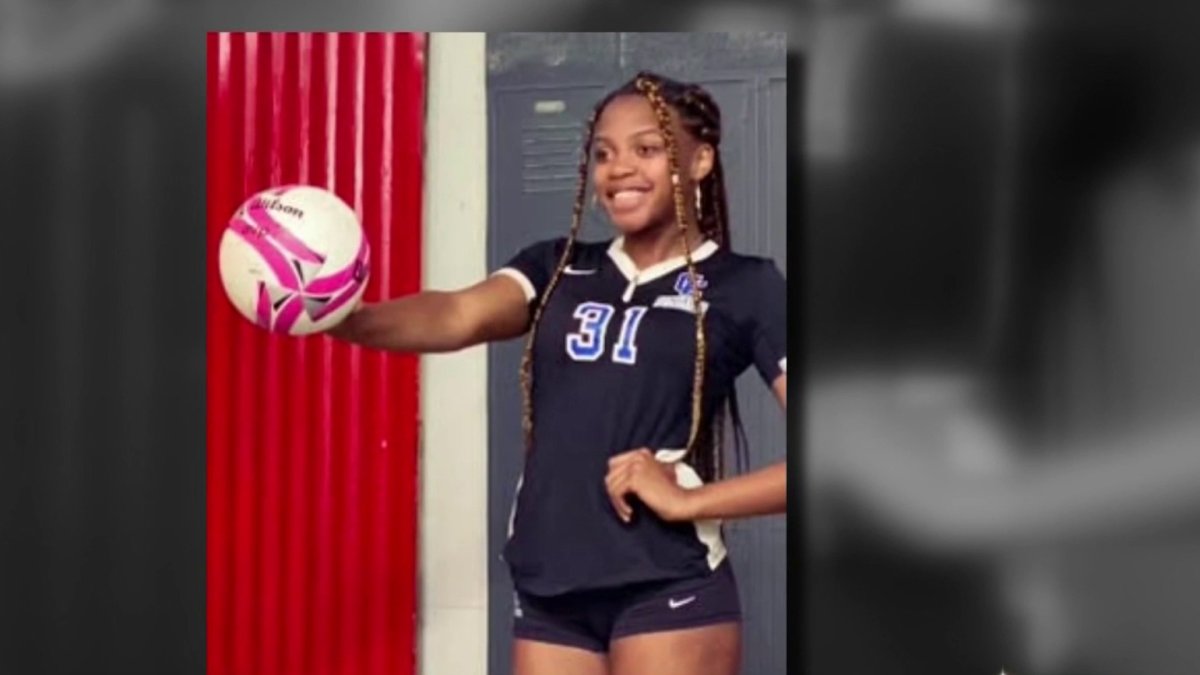 Seven months to the day since her murder, the family of a talented young volleyball star is asking for public’s help to find her killer.

Her radiant smile was hard to miss. And Daina Monroe’s family says her skills on the volleyball court shined as bright as that smile.

“She had an infectious smile,” said Terrell Ferguson, her uncle.

Monroe, whom was lovingly called Gucci, had a promising future that was cut tragically short.

On Oct. 18, police say the 18-year-old Culver City high school grad was gunned down as she sat in a car with friends outside her mother’s house.

At a news conference outside of Inglewood Police Department Wednesday, her family had a message for her killer.

Less than a month ago Monroe’s grandfather, Michael, who was fighting cancer was also shot and killed.

He was getting ready to go the hospital, going to the cleaners, but didn’t even make it out his car to get the cleaners.

“This is just I want to know why, whoever you are, to just turn yourself in,” she said.