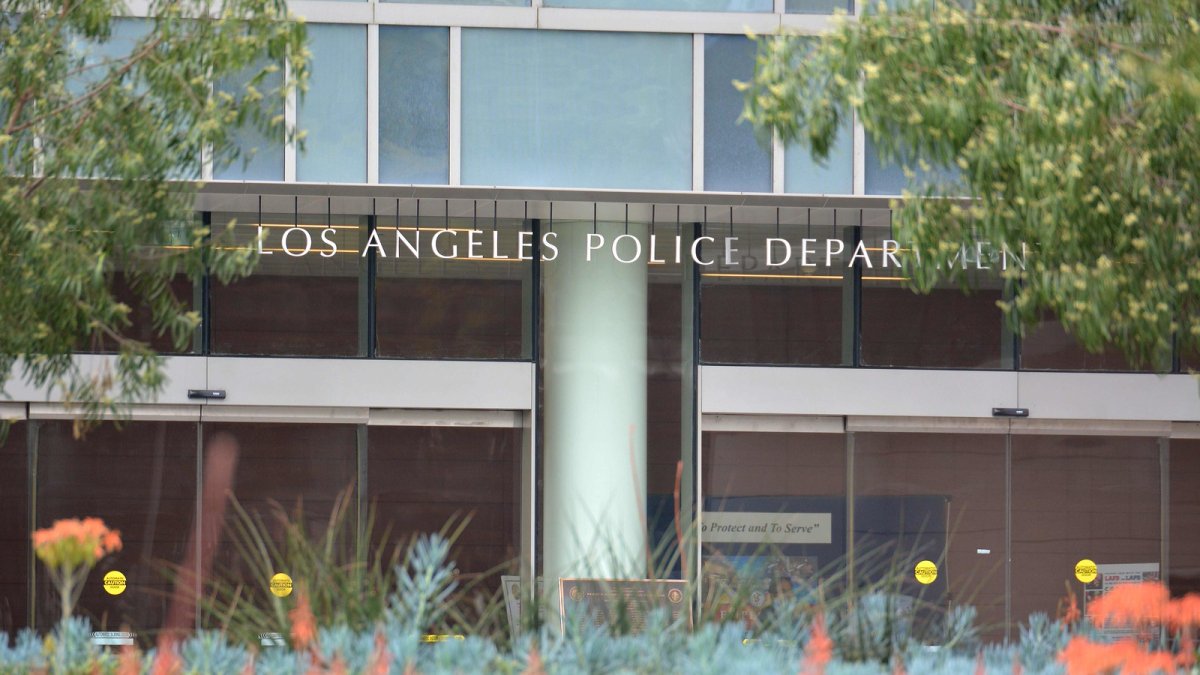 The family of an officer in the Los Angeles Police Department who died during a training accident shared CT scan images that they say shed light on the death of 32-year-old Officer Houston Tipping.

The family’s attorney held a Tuesday afternoon press conference in Woodland Hills in response to statements made by the LAPD chief during a police commission meeting. According to the attorney, the scans prove Chief Michel Moore’s statements were “not accurate.”

The CT scan images the attorney displayed during the press conference showed at least six staples in Tipping’s head — contradicting Moore’s claim that Tipping did not sustain a head wound during the training exercise that led to his death.

The department is also not sharing information they should have about the incident, the attorney claimed during the press conference.

Tipping’s mother said in June she is taking legal action to find out more about what happened in the training accident that killed her son.

The 32-year-old officer suffered severe, and eventually fatal, physical injuries in what was supposed to be a simulated crowd control scenario.

Attorney Brad Gage claimed during Tuesday’s press conference that the story about what the training exercise was for has differed between several different sources.

One source told him the training exercise was meant to simulate a protest, while another said it was bicycle training, he claimed in the press conference. Yet another source told him it was simulating a mob attack on bicycle officers.

The family of an LAPD officer, who died after a training incident, say they are taking legal action to find out more about what happened and who is responsible. I-Team’s Eric Leonard reports on the NBC4 News at 5pm on Monday, June 27, 2022.

The attorney representing his family said last month that Tipping was the second officer injured during the training class held in May. According to the family’s attorney, the injuries were so catastrophic that he believes Tipping may have been deliberately attacked.

“It looks like their son was intentionally harmed,” Gage said on June 27. “And the fact that the department isn’t giving answers [makes him skeptical].”

“When you look at all these different injuries, one has to wonder what happened.”

The injuries sustained on May 26 instantly paralyzed Tipping, who died three days later at a hospital. He had been part of the LAPD for about five years when he died. He was, according to the LAPD, grappling with another officer when he was hurt. He then fell and suffered a catastrophic spinal cord injury.

But Gage said the exercise was not held in a typical gym with padding on the floor when it should have been, and he adds that a second officer was injured earlier during the same exercise.

The LAPD declined to comment when NBC4 asked about the mother’s allegations on June 27. But on June 28, LAPD Chief Michel Moore said the lawyer’s statement wasn’t accurate.

“Officer Tipping did not sustain any laceration to the head, any cut or otherwise to his head, as a result of his fall to a ground — when he and another officer, during a training exercise, fell to the ground,” Moore said in that day’s Police Commission meeting. “Officer Tipping was also not struck or beaten during this training session.”

Those statements were contested by Tipping’s family and their attorneys in Tuesday’s press conference.

One man was charged for allegedly using a flamethrower against the LAPD. Eric Leonard reports for the NBC4 News on Tuesday, June 28, 2022.

“We will present evidence that not only did Officer Tipping sustain a laceration and a cut to his head, but he required staples to close the wound,” the attorneys said in a statement about the press conference.

After showing the CT scan photographs, Gage also told reporters that the LA County Coroner’s office will not provide Tipping’s autopsy for another six months.

He cannot supoena that information from the county until after the family files an official lawsuit, which cannot happen until 45 days have passed since the family’s initial claim against the government.

Gage said that reports, footage and information the LAPD should have available have not been shared with him or the family, and he believes that is a sign the department is not being forthright about how Tipping died.

When NBC4 reached out to the LAPD for their response to the information and allegations from the press conference, the LAPD responded, “due to pending litigation, we do not have a statement.”