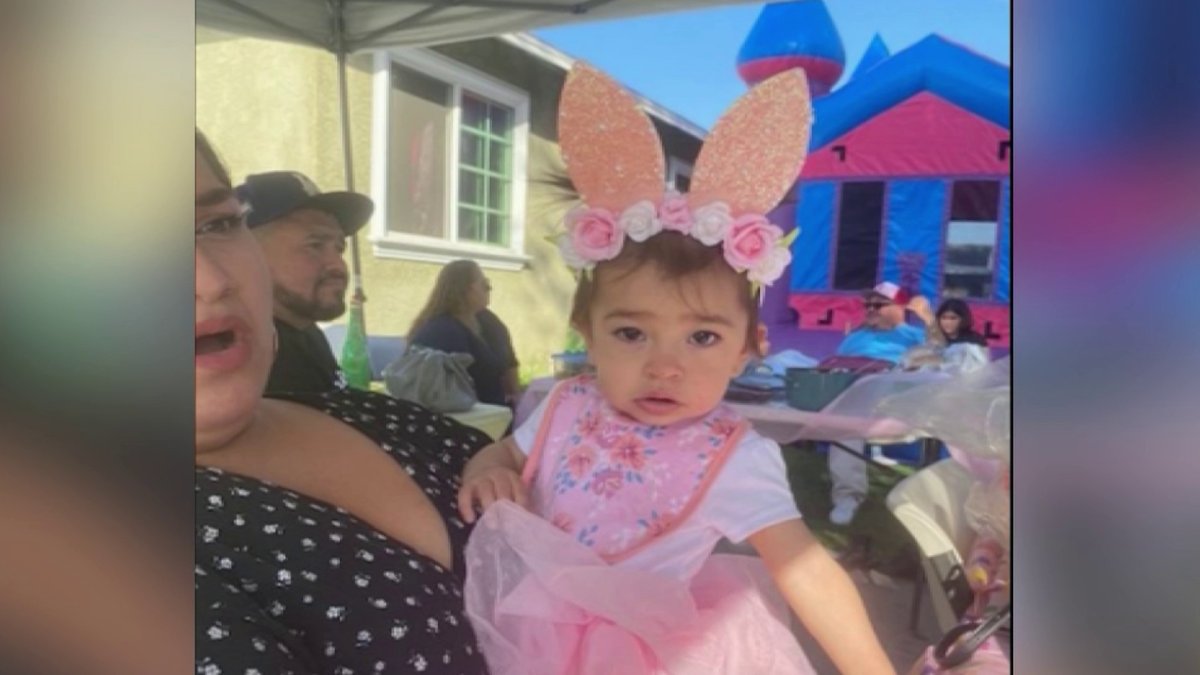 Two pit bulls attacked a family in Pico Rivera late Sunday night, injuring a one-year-old girl and causing her mother to fatally stab one of the dogs with a knife to save her little girl’s life.

The toddler’s grandmother, Margaret Morales, owned the two dogs, and the result of the random attack on Sunday has been “traumatic” for the family, the toddler’s mother said.

The family told NBC4 that they never thought this could happen to them.

According to the girl’s mother, who did not want to show her face on camera due to the fresh, severe injuries she sustained from the dogs, the entire attack lasted no more than three or four minutes.

It was when she realized that the dogs were not letting go of her daughter, one-year-old Ruby Ann Cervantes, that she says she had to pick up a knife.

The two dogs that attacked her were both blue-nose pit bulls, both three years old. The grandmother owned them since they were puppies, and they were from the same litter.

The family added that the normally outdoor dogs had just had a bath and were allowed inside the home. That’s when Ruby’s mother saw one of the dogs bite into the toddler’s leg.

“I thought my daughter was going to die,” she told NBC4.

Doctors told the family that Ruby will be placed in the ICU once her surgery is complete.

The two dogs had never behaved aggressively toward the little girl before this incident. One of the dogs died after being stabbed, while the other dog was taken by animal control. That dog will be put down, according to the family.