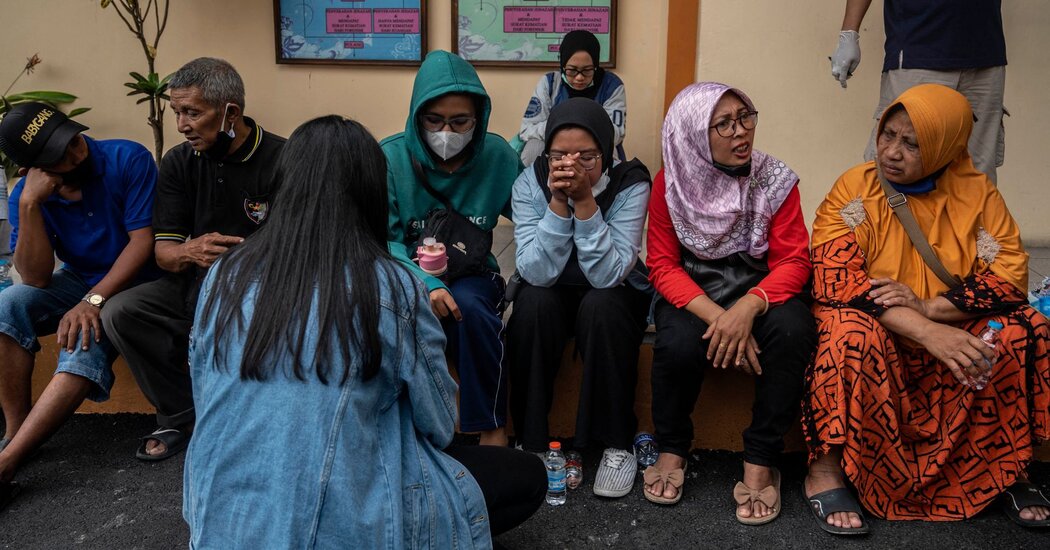 MALANG, Indonesia — At the Saiful Anwar Hospital in Malang, where many of those injured in the stadium disaster in Indonesia were taken, dozens of family members waited for news of relatives on Sunday evening.

They sat on mats with bags of fruit and bottles of water. Some had toddlers. When a name was called, a relative was rushed into the emergency wing.

Bambang Siswanto, 40, said he left home around 1 a.m. to look for his son and nephew, who went to the game but didn’t return. He found his 19-year-old son 30 minutes later. He had fainted and was getting medical assistance in the stadium.

His son said that people had started pushing and trying to flee as the stadium filled with tear gas.

“He couldn’t see anything,” Mr. Siswanto said. “When he was conscious again, he was already at the V.I.P. section with oxygen mask.”

About 2:30 a.m., Mr. Siswanto said, he found his nephew dead at the hospital.

The death of the nephew, 17, has been particularly hard on his son, Mr. Siwanto said.

“He looked OK when I found him, but as soon as he saw his cousin’s body, that’s when it hit him,” he said. “He went blank. You talked to him and there’s no response. Empty.”