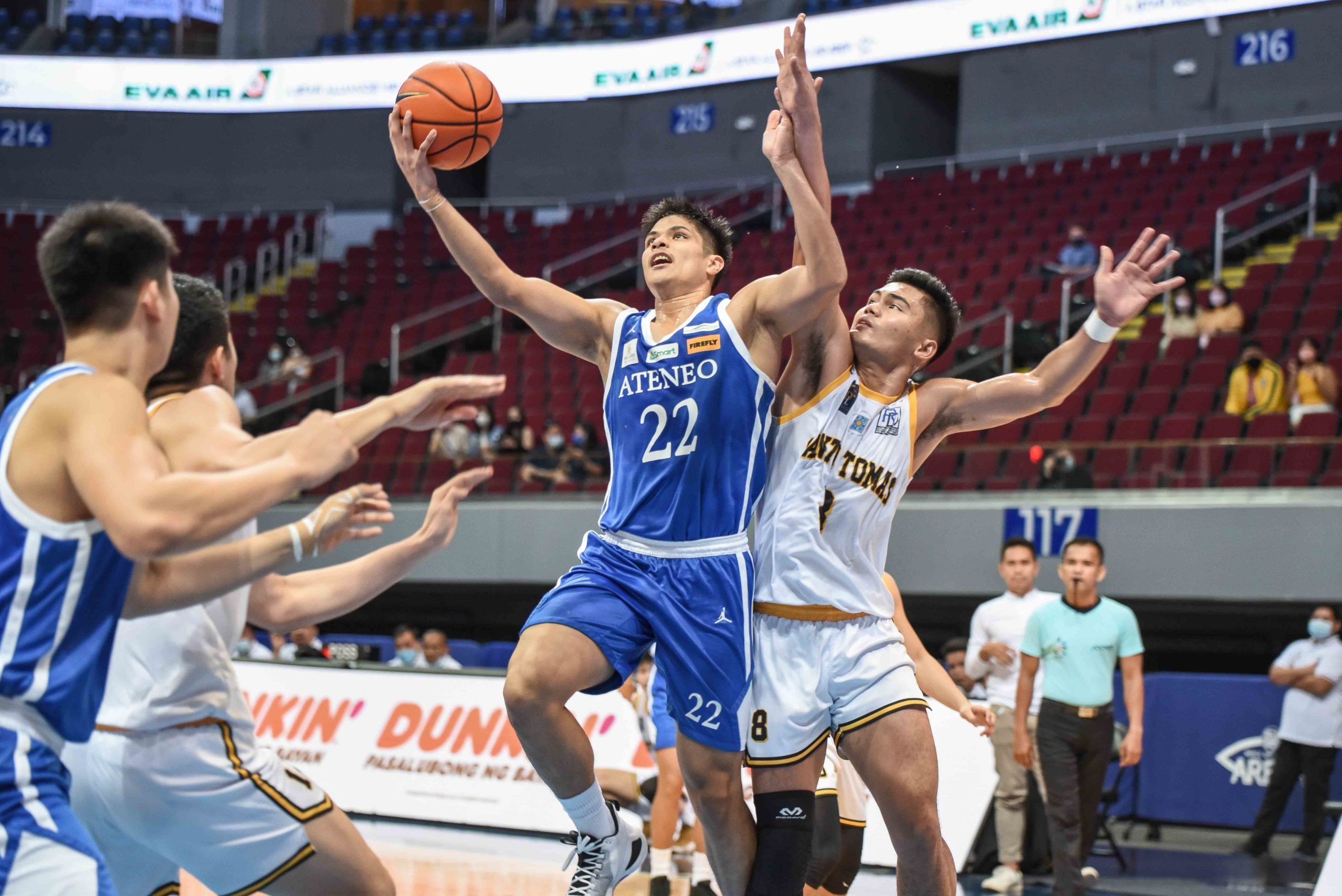 The proud roar of yellow-clad supporters is but a fading echo in this corner of the varsity basketball world. And the ignominy of getting beaten badly is quite the royal pain for University of Santo Tomas (UST) in the UAAP Season 84 men’s basketball tournament.

Less than three years ago, before a crippling pandemic strapped sports on a gurney, the Tigers were a team that looked poised to conquer the future. Held together by a “mayhem” system that was chaotic by design, the Tigers spurned higher-seeded foes in a grueling stepladder semifinal sequence, where any one loss out of three games could have eliminated them, to face—but eventually bow to—Ateneo in the finals.

Precipitated by the now infamous Sorsogon training bubble that led to the loss of six key players, the mighty Tigers have fallen precipitously. And the team that held so much promise has been reduced to a newcomer-laden squad, an untested group of unheralded talents patched together with little expectations to shoulder.

La Salle’s Green Archers, a fabled rival in the 90s, picked the Tigers apart in a 112-83 rout. And then the soaring Blue Eagles came along. If La Salle, crushed, routed, destroyed, demolished or shredded the Tigers, wordsmiths must come up with a new term to describe Ateneo’s 101-51 victory over UST.

UST coach Jinino Manansala will settle for “a lesson.”

“A coach once told me that either you win or you learn,” Manansala told the Inquirer on Friday. “We don’t like what’s happening now but you can’t fault the players. They work very hard in training. You know they want to win.”

The loss to Ateneo, the biggest margin of victory since the league computerized its stats-keeping in 2003, was the perfect mashup of a powerhouse squad playing to its potential and a rag-tag squad unable to perform beyond its own.

To Manansala, it doesn’t matter for now.

“We have a positive outlook; we take what we can get,” Manansala said. “If a team gives us a chance to beat them, we will take that chance. And we have proven that in the wins we had so far.”

The former Tigers guard, who took the reins from Aldin Ayo at the height of the quarantine fiasco, said they are making good use of what they have at the moment.

“We have the manpower: At center, we have [Christian] Manaytay and [Dave] Ando,” said Manansala. “We have [Sherwin] Concepcion and [Joshua] Fontanilla. What we don’t have are imports.”

“But we will not stop fighting,” Manansala said.

On Saturday, his charges will take on Adamson. The Tigers can still glimpse a semifinal slot from where they stand. But they’re not looking past the Falcons.

“Our mindset is take it one game at a time,” Manasala said. “We have nothing to lose.”

Perhaps because they already lost everything in a 50-point whatchamacallit recently.