Failing to confront the past enables further state violence 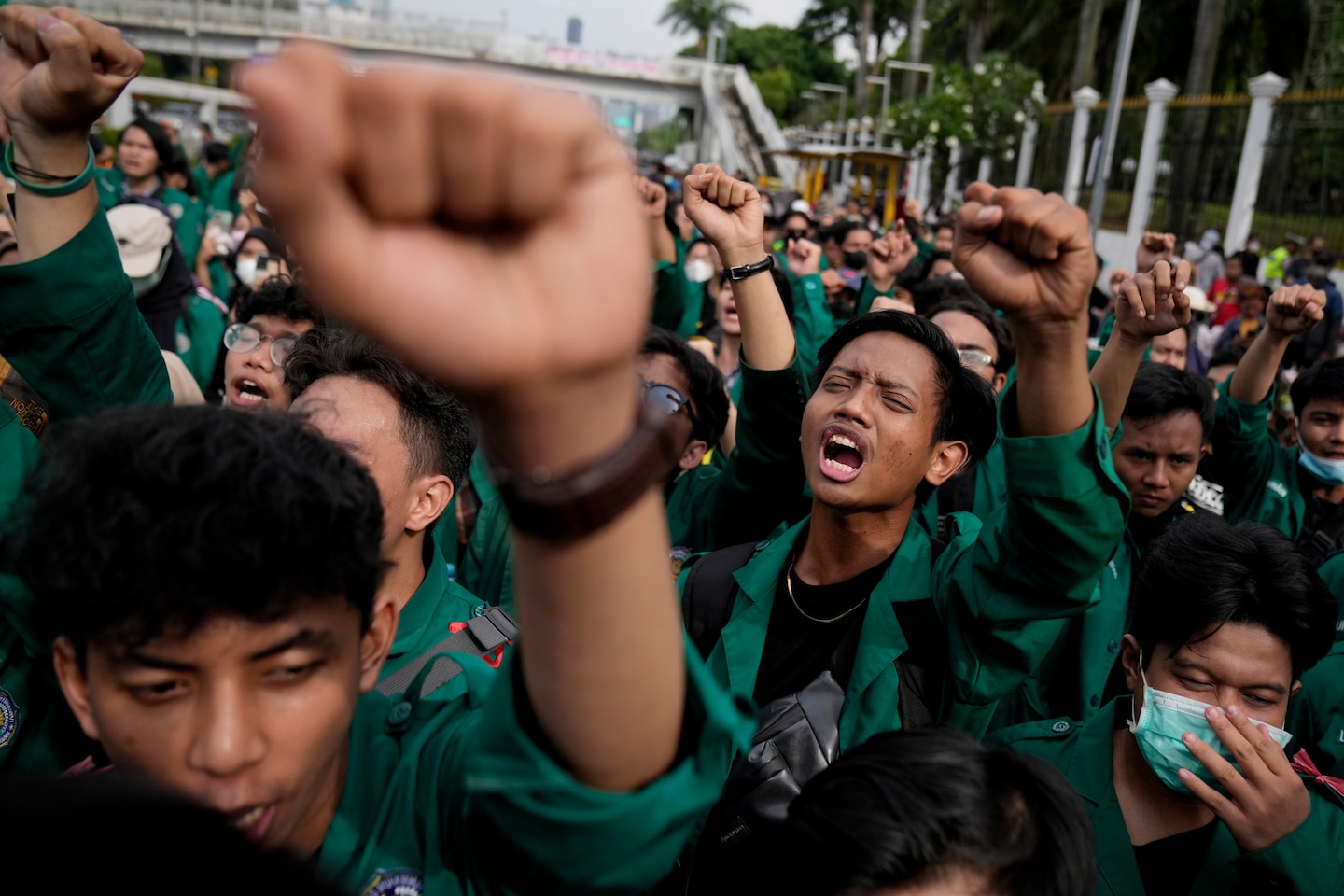 In the summer of 2020, after the killing of George Floyd, a wave of protests directed a harsh new spotlight on systemic, racist police violence. The Black Lives Matter movement sought to disrupt the status quo and to break a long chain of brutality. Other efforts forced a reckoning with the American past, such as the New York Times’ “1619 Project” and events marking the 100th anniversary of the 1921 Tulsa race massacre.

The counterreaction to even incremental progress in the search for truth and justice has been swift and predictable. Many cities have stood their ground on police funding and procedure, even as killings by officers continue, while many school boards and states have rushed to restrict how children learn about race and racism in American history, under the pretext of banning “critical race theory.”

The consequences of not confronting the past and creating more-just institutions loom all around us. The case of Indonesia serves as a cautionary tale. There, the failure to address past violence and autocratic rule made it easier for new violence to unfold — including the 2004 fatal poisoning of a human rights advocate named Munir, who devoted his life to uncovering past violence and seeking justice for its victims.

Indonesia, a vast archipelago in Southeast Asia, gained independence from the Netherlands in 1949. The new nation experienced fractious democracy and then rising autocracy under its first president, Sukarno. (Like Munir and many other Indonesians, Sukarno used only one name).

In 1965, Sukarno’s fall from power began amid one of the worst bloodbaths of the century. Under the leadership of Gen. Suharto, the military armed and directed vigilante groups to round up and kill at least half a million people. The army and its civilian death squads targeted victims for real or concocted links to the Communist Party of Indonesia, then a legal political party. Viewing the country as a Cold War domino on the game board of Southeast Asia, the United States and Britain provided the killers with communications equipment, target lists and propaganda.

Once in power, Suharto’s New Order government produced textbooks and films about heroic soldiers saving the nation from a cruel communist coup. No one dared to mention the mass graves under Java’s rice fields and Bali’s resorts.

Munir was born the year Suharto seized power and was educated amid this propaganda and revisionism. At first, Munir was a staunch supporter of the president, but Munir’s politics were transformed as a university student by his exposure to Islam’s social justice imperatives. He wrote his thesis on the lives of factory workers, as Indonesia dangled promises of a cheap, docile workforce to attract foreign investment. Munir went to work for the local branch of the Legal Aid Foundation, Indonesia’s first human rights group.

Munir’s first major case, in 1993, concerned a watch factory worker named Marsinah. Marsinah helped her co-workers secure the legal minimum wage, about $1 per day, despite the usual participation of soldiers in the negotiations. Soon after, she disappeared. Children discovered her body miles away in a rice field. Munir raised the profile of her case, ensuring that Marsinah’s name arose at trade negotiations with Americans and at U.N. conferences. Some factory managers were tortured into confessions related to the crime, but no soldiers were tried for her death. It was a hard lesson for Munir.

By the 1990s, Suharto maintained tight control mostly through a vast bureaucracy, occasionally prosecuting critics under vague laws on subversion. If those measures failed, violence remained an option. Marsinah’s death was one of many killings, disappearances and other serious human rights violations of the Suharto era.

But cracks emerged in the edifice of Suharto’s power. His family’s corruption, schisms within the civilian and military elite, and the end of the Cold War (and unquestioning U.S. support) converged to undermine his authority. Simultaneously, a new wave of activism emerged from campuses and factories. Then, in 1998, the Asian financial crisis reversed years of growth that had contributed to Suharto’s hold on power.

Munir moved to the capital, Jakarta, as Suharto clamped down on perceived threats. When activists began disappearing off the streets, Munir mounted a campaign of billboards and news conferences. Under pressure, captors released nine victims, though 13 others were never seen again. Munir encouraged the survivors to speak publicly, and he gathered clues that implicated a unit of the army’s special forces branch in their disappearances.

On May 21, 1998, Suharto’s three-decade rule ended amid mass protests. Munir helped the families of victims of state violence demand justice in a new Indonesia governed by many of the same faces. Munir helped launch human rights organizations, a think tank and a radio station, all working to transform a political culture of violence. He called on Indonesians to shake off the mantle of fear that had helped Suharto and the military keep 250 million people under authoritarian control.

People could now speak and vote freely, and the military gave up automatic seats in parliament. Munir helped draft laws to protect human rights and reform the military. But police, prosecutors and courts were unable to effectively prosecute any major human rights violations of the Suharto years, or even those occurring after his fall, such as crimes against humanity in Indonesian-occupied East Timor in 1999.

By 2004, Munir was ready for a break. That September, he left Jakarta to study international law in the Netherlands. After an emotional farewell to his wife, Suciwati, and their friends, he boarded a flight to Amsterdam by way of Singapore. Munir died suddenly and painfully aboard the plane at age 38, just weeks after a physical exam showed him in good health.

After months without news, a leaked autopsy report revealed a dose of arsenic in Munir’s system large enough to kill him several times over. But who had poisoned him, and why?

Munir’s stunned family and friends sought answers, working in parallel to police investigators. Their efforts led to a mysterious off-duty co-pilot who had switched seats with Munir. They unearthed evidence that the airline’s leadership was involved. Links emerged to the secretive State Intelligence Agency, which had undergone even less reform than the military. Investigators found documents, phone logs and, eventually, witnesses to the plot, all indicating official complicity in Munir’s death. Unusually, a former general was brought to trial, a man who once commanded the unit Munir had accused of kidnapping activists in Suharto’s last days.

In the end, however, fear won. Once in a courtroom, witnesses retracted their sworn testimony to police. The failure to convict anyone of planning or ordering the public killing of the nation’s foremost advocate for accountability revealed a depressing continuity between Suharto’s rule and the procedural democracy that followed.

The lack of accountability for violence, including Munir’s death, has stymied Indonesia’s democratic progress. Even the current reform-minded president, Joko Widodo, a civilian of a new generation, has done nothing to address the past. Former generals credibly accused of massacres and other serious crimes have served as cabinet members and advisers.

The statute of limitations for Munir’s killing will run out in September, while the survivors of the mass killings of 1965 are reaching their final years with no truth or justice. The failure to confront the past leaves wounds unhealed and creates the conditions for more violence. The same is true in the United States.

Eighteen years after Munir’s death, his portrait still adorns walls and overpasses across Indonesia in the form of graffiti memorials. Sometimes his image appears alongside that of the factory worker Marsinah, with the Indonesian words: “melawan lupa,” or “resist forgetting.” If we adhere to those words and end impunity for acts of violence by agents of the state, the visions of Indonesian human rights defenders and American civil rights activists can finally be realized.