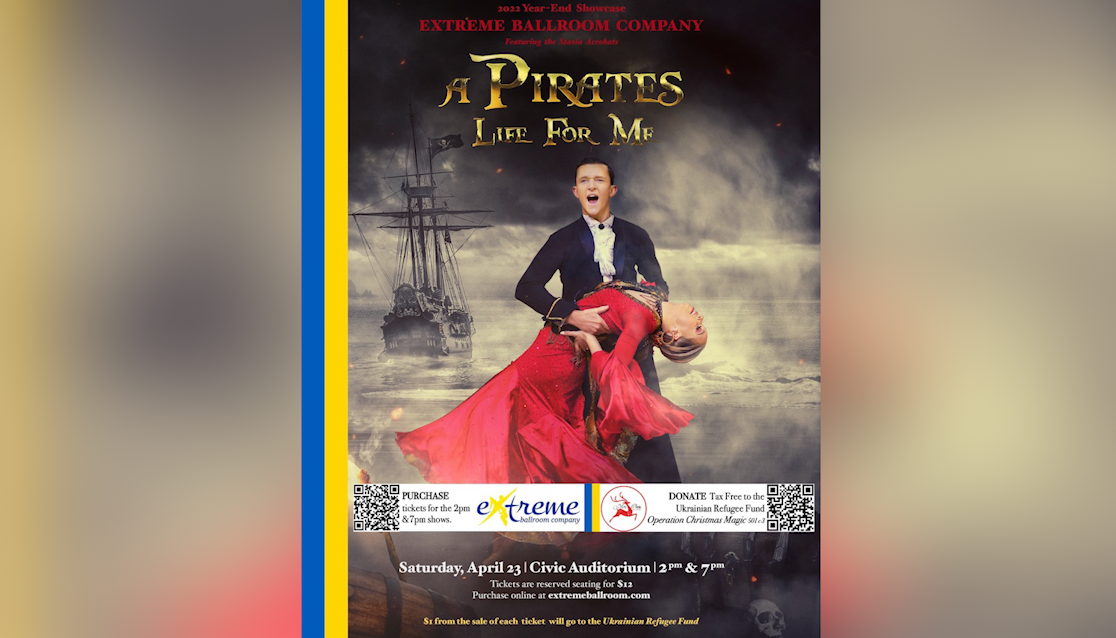 IDAHO FALLS, Idaho (KIFI) – It’s been a successful year for the Extreme Ballroom Dance Company, with them winning gold for a major competition for the show that has now become the troupe’s year end showcase. The dance troupe is also using the final showcase to raise funds for Ukrainian refugees.

“This particular year with with wanting to raise the funds for the Ukrainians, I think has helped, you know, boost people’s their desire to go see the show because they also want to help,” Extreme Ballroom Dance company owner and director Staci Houston said.

Houston says for every ticket they sell ,a part of the proceeds will go to the Ukrainian funds.

She says the show will have more to it than just the performance.

“It’s called ‘The Pirates Life for Me,’ and so in our pre show, we will have the entire Civic Auditorium decked out as a pirate ship. You’ll walk in and feel like you’re underwater and have all kinds of things to look at as well. As things to do. We’ll have a balloon balloon animals there. We have face painting, we have a little treasure hunt for the for the kids we have, live parrots that talk that will be there to greet the guests and be in the lobby. So it’ll be a lot of fun, especially of younger kids,” she said.

Houston says having members of their dance troupe from areas affected by the conflict inspired them to reach out.

“So the reason that we would like to help with this Ukrainian refugee and orphanage fund is because we have we have people in our own program who are from Ukraine, and they have started this,” she said. “We also have some someone from Poland and they’ve got an orphanage fund that they’re doing as well. And so we having, you know, those people in our company and knowing them and knowing what their families are going through and what those people are going through firsthand has really helped us want to take an active part in helping these people there are people just like us in their suffering.”

Houston also tells us the dance company has partnered with other businesses in the area to raise funds for the refugees. Together with the other businesses she tells us so far they have raised more than $2,500.

Houston also says the troupe will hold auditions on May 21 for anyone 18 and younger interested in joining the group.