Ex-teacher accused of lewdness with student at Clark County school 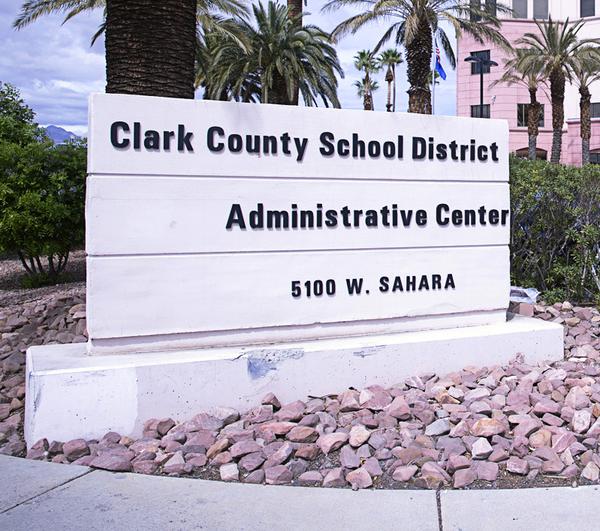 Alfredo Caracena, 63, was arrested last Tuesday on two counts of lewdness with a child and remains at the Clark County Detention Center as of Thursday evening, according to jail records. Caracena, had worked at Walter Brecken Elementary School, 1200 N. 27th Street, since 2020 but recently resigned, CCSD police said in a release after his arrest.

On April 4, Caracena had dismissed all students from his class except for the alleged victim — who was not named in the report. She stayed behind to ask for juice and a candy bar, according to the arrest report.

Caracena asked her to sit on his lap and proceeded to touch her chest under her shirt as well as her lower privates while asking “does that feel nice?” according to the arrest report. Caracena then lifted the student’s shirt and attempted to put his mouth on her chest before she pushed his head away and walked out, police said.

Officers spoke with Principal Stanica Sretenovic, who the next day told Caracena he would be assigned to work from home amid an internal investigation, according to the arrest report. He later told Sretenovic “I cannot work with students anymore” and ultimately tendered his resignation shortly after speaking with her.

On April 12, CCSDPD officer contacted the property manager of the apartment complex Caracena was living in and said Caracena had notified he would move out by April 15, “citing a move to another state and change of career,” according to the arrest report.

Shortly after speaking with the property manager, officers spoke with Caracena and interviewed him inside his apartment. He told officers he had resigned because of a “problem” with a female student, who had laid across his lap to get a juice on the other side of him, according to the arrest report.

Caracena said he made a “mistake” when tickling the student — which he noted he did with several of his students — because “he touched her [chest],” the reason he told the police he had resigned, according to the arrest report. He also told officers it was “possible that his hands went under her shirt because she was moving around a lot when he was tickling.”

The arrest report indicated that Caracena has a wife living in the Philippines and that he had mentioned possibly flying to see her after resigning. Court records show he surrendered his passport at hearing Monday in Las Vegas Justice Court.

Caracena is due back in court Monday for a status check, and a preliminary hearing has been scheduled for June 6, according to court records.

Caracena is being represented by T. Augustus Claus of the ATAC Law firm, who did not respond to a request for comment as of Thursday evening.