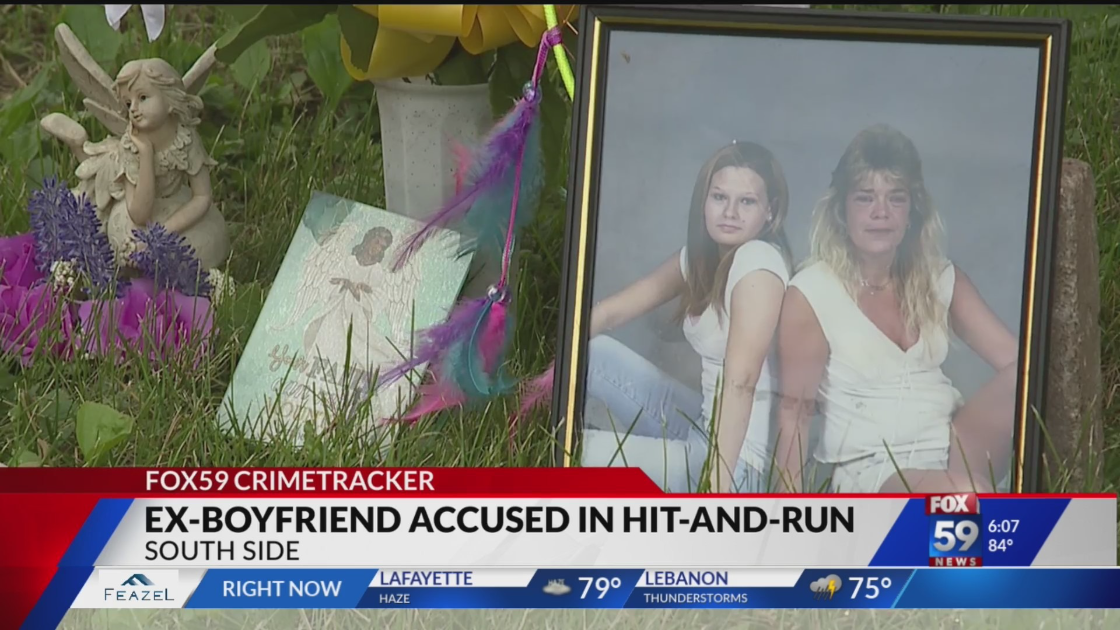 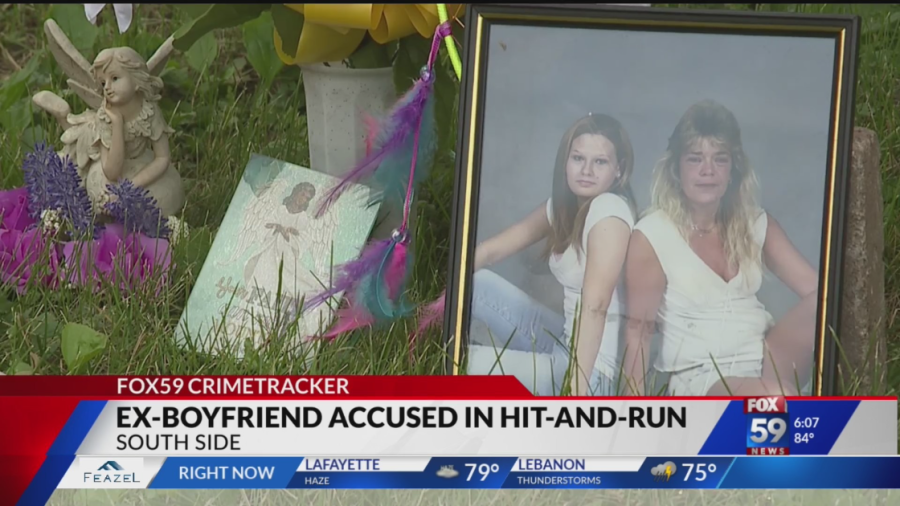 This article mentions domestic violence. Scroll down to see the list of local organizations and hotlines to call if you or a loved one need help.

INDIANAPOLIS — As an Indianapolis father pushes for justice in his daughter’s death, he said he also hopes that sharing her story may help another family from facing the heartbreak they’re experiencing.

“It’s a nightmare. Every day we wake up it’s the same nightmare,” said Robert Bowling. “I don’t want to see another young lady’s life taken from her because nobody paid attention to what was going on.”

His worst nightmare became a reality last week his daughter, 29-year-old Kayla Bowling, died from her injuries sustained when she was struck by a hit-and-run driver. Kayla was found, along with her bicycle, just before 11 a.m. on June 1 in the driveway of a home in the 3000 block of S. Rural Street.

Before Kayla passed from her injuries, neighbor Lisa Roach and her 15-year-old granddaughter came out to help and made sure she wasn’t alone. As Roach was on the phone with dispatch, Kayla was able to provide them with the plate number of the vehicle that hit her, repeating it several times.

“I was trying to comfort her and let her know that everything would be okay, help is on the way, and that you know, that I’m sure she had family that loves her, that I would not leave her,” said Roach.

Kayla was transported to Eskenazi Hospital, where she was pronounced dead shortly after arrival.

While she didn’t survive her injuries to see the results of the wherewithal she had to tell people the plate number, it was ultimately some of the final words said by Kayla before she passed that led to identifying the person allegedly behind the wheel when she was hit.

The suspect has been identified by IMPD as 27-year-old Kyle Rigdon, who family said is Kayla’s ex-boyfriend.

“If you can actually be happy after everything and all of this, I’m just happy that she could do that and was able to do that,” said Robert. “It just leaves me hollow knowing that was her last word she had to do instead of saying anything else; it was to make sure somebody got the plate number.”

On Friday, officers and detectives with IMPD’s Violent Crimes Unit (VCU) and IMPD Swat took Rigdon into custody in connection to the deadly crash. A probable cause affidavit shows Rigdon made several attempts to check for surveillance by using gas stations to avoid red lights and suddenly change directions. Despite attempts to evade officers, he was arrested.

While Kayla’s family said a sense of relief has come with the arrest, beginning the justice process, this should have never happened in the first place. Now, her four-year-old son is left without his mom.

Her cause of death was ruled to be multiple blunt force trauma injuries, but according to the Marion County Coroner’s Office, a manner of death has not been announced in her case. Still, family said they are confident this was no accident and said she’s been hurt by Rigdon before.

“I believe everything he did was calculated; the slicing of the tires, waiting to catch her,” said Robert. “I believe he intimidated her so much that she was afraid to tell anybody, scared for what he might do.”

Family shared that they believed Kayla was being stalked and harassed by Rigdon, even after Kayla ended things with him.

“You’re gonna see some of that escalation more when the person is exiting the relationship, which is why it’s so important to work with an advocate or have a safety plan in place,” said Kelly McBride, Executive Director of the Domestic Violence Network. “We know that lethality increases by 75% when a person tries to leave a relationship.”

Kayla told her dad the pair broke up about a month ago. She said that she was ‘terrified’ of Rigdon and that he seemed to know where she was at all times, an affidavit shows.

“Rigdon would text Kayla and ask why she was at a place he should not know where she was unless he was following her,” the probable cause affidavit read.

It was just a few days before Kayla’s life ended when Robert claimed Rigdon came to their home and slashed the tires on his daughter’s sedan. He said Kayla was putting a toy together for her son and he was sitting outside with his grandchildren when everything happened.

“When I looked up I see someone had darted up towards my driveway. I seen he had a knife in his hand,” said Robert, who assumed he was coming for his daughter and rushed everyone in the home as he ran to get his gun to protect the family.

When he came back out, Robert said Rigdon was gone and so was the air in her car’s tires. He said he called 911 to report what happened and make sure Rigdon didn’t return.

“I can’t even begin to explain to you all the failures that went on with this until it led up to two days later, what happened,” said Robert. “Me and him had a conversation on the phone, which I told I told don’t you ever, ever come around my house again.”

Robert said he didn’t see Rigdon after that, but he also never got to see his daughter alive again, either.

“When I drove by and seen the police had it blocked off, I knew in my heart what happened,” Robert said. “I dropped my grandson off at home and I went around the corner and I’d seen the bicycle.”

He said he knows he can never get his only daughter, and a mother who loved her only son, just 4-years-old, back, but Robert’s hope is that he can help encourage another family to watch out for the signs their loved one may also be in a domestic violence situation.

“It just don’t make no sense whatsoever why anybody would do such a thing to another human being because a relationship doesn’t work and that’s the reason why it takes the whole family to pay attention to relationships, especially for the younger girls and nowadays, even the younger men,” said Robert.

She wants people to be aware that domestic violence manifests itself in so many different forms.

Kayla’s dad said her relationship with Rigdon got progressively more violent as it went on, physically, mentally and verbally.

“It started with gifts, showering her with everything she wanted, then you start seeing the change, because when we seen him he was kind of everything you were kind a hoping for your daughter to have,” said Robert. “But as the weeks went by, you started seeing a different person.”

He said he knows there may be nothing he could have done to change the outcome, but he wants to encourage people to keep an eye on their loved ones and recognize the signs that may indicate abuse in a relationship.

According to McBride, there are ways to do that.

“There are signs that you’re in a toxic relationship; if the relationship moves too fast for your liking, if there’s an excessive amount of jealousy and they need to know where you are at all times, controlling who you see, if you’re allowed to work. You’ll see a lot of isolation from family and friends,” said McBride. “There are absolutely warning signs; just not being a respectful person in a relationship. It all comes down to that.”

Robert said, while Kayla kept many things to herself or shared with friends, he didn’t know the extent of what she was going through and wishes he had.

“You can tell. All you have to do is start looking for marks or scared to talk to you while they’re around. There’s signs,” Robert said. “Unfortunately, I didn’t pay much attention to it because they was always arguing, so it was normal for me to hear them argue. I never thought it was any more than what it was.”

“The biggest problem in this world is people think we own things, and we own nothing,” he stated.

While investigators have not announced the cause of the crash, a probable cause affidavit shows that homicide detectives were called to the scene due to preliminary information that indicated it may have been an intentional act.

The affidavit, which FOX59 broke down, including details of the community cooperation that led to an arrest, revealed more about the events leading up to and after the crash. Among the information contained in the arrest affidavit, investigators said a homicide detective located Rigdon’s Facebook page.

“On 5/31, in a post less than 24 hours before the hit and run, Rigdon made a post saying something to the effect that someone had broken his heart but that they were going to pay,” read the affidavit. According to investigators, the post was deleted at next check on June 2.

As of Monday night, charges have not yet been announced by the Marion County Prosecutor’s Office. Records show that Rigdon is being held in the Marion County Jail on a $160,000 surety bond and that he was arrested for leaving the scene of an accident resulting in serious bodily injury or death.

A memorial service will be held in Kayla’s honor Tuesday night. A fundraiser has also been set up to help the family. You can read more about it, here.

For people in domestic violence situations in need of help, there are many resources in the Indianapolis area that you can reach out to for assistance, including:

McBride said Hoosiers should know that you are encouraged to call 211 to connect with an advocate who can help you or your loved one planning to leave an abusive relationship. While an advocate is the number one recommendation to help you, McBride said, confiding in someone and creating a safety plan, is also key.

“Basic safety planning would be having a codeword with that person that you can get on the phone and call; say maybe are we having peas for dinner, because it sounds normal but that would be something you wouldn’t normally say,” said McBride, who explained that could be the code for someone to call for help on your behalf.

You can also call the National Domestic Violence Hotline at 800-799-7233 (SAFE) or visit their website to learn more.

“You’re not alone. This is happening to your neighbors, to your friends, to your sisters and you just be brave and take the first step and call. As a community too, we need to hold the people who cause harm accountable for their actions. We can’t just Band-Aid the victim,” McBride said.

Be sure to look for the button on each of these websites to exit quickly, if needed.