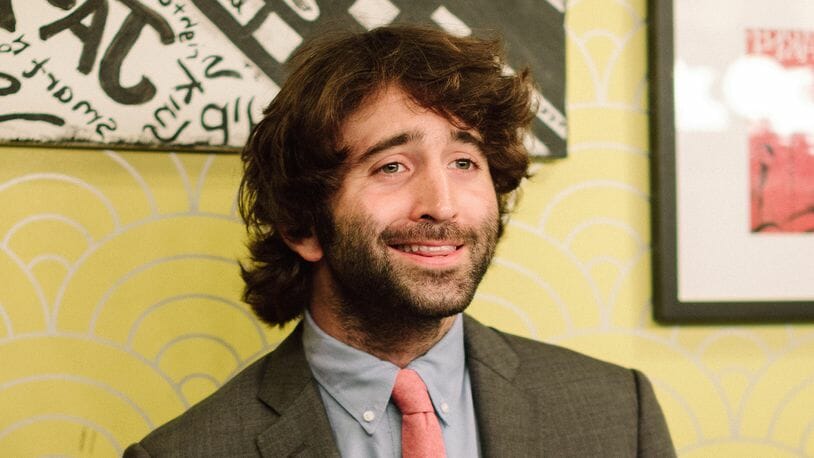 (Editor’s Note: The “Everyday Heroes” series is a collaboration between The Atlanta Journal-Constitution and its journalistic partners, including ArtsATL. Go HERE for the full slate of stories.)

The day Joe Alterman was born, his father took one look at his infant hands and announced, “Those are long, piano-playing fingers!”

The whole family’s love for music, from early rock to jazz to Motown, led to Alterman’s own exploration, even after his classical piano lessons fell flat.

“I started those lessons, and I wanted to quit,” he says. “The classical lessons were not enjoyable. Then my older brother showed me some bluegrass, and it blew me away.”

With that revelation, Alterman realized the endless possibilities of music. He began listening to jazz and blues and noted how each artist brought his or her own special interpretation — a practice he would adopt as his own.

In Alterman’s view, the benefit of re-interpreting famous music is twofold: Other people recognize the tune yet also feel intrigued by a new and interesting version of it.

“I think one of my favorite things about jazz or any art form is that you take the things you like the most from who you like listening to the most,” he says. “I don’t like to disguise the melody but bring it out — I want people to know the song.”

Now with a bachelor’s and a master’s in jazz piano from New York University, numerous performance credits and a recent album, The Upside of Down, which was recorded live at the vaunted Birdland jazz club in New York City, Alterman continues to explore the landscape of music.

Though his main influences are pianists from the mid-20th century, plenty of new music piques his interest and provides a soundtrack to his life, as well as plenty of non-jazz. Recent favorites include Lettuce co-founder Eric Krasno, and, for comfort music, singer-songwriter James Taylor is his go-to.

“My dream gig would be playing with James Taylor,” says Alterman. “He’s kind of the music I listen to when I’m tired of music but want to hear something.”

Alterman does a fair share of mentoring young pianists, but his style is more inspiring than instructing. He explains that rather than “telling them what to do on the piano,” he offers a sound piece of advice he wishes he’d had earlier: to be true to oneself. “I’ve found people want to impress their teachers, but the goal is to sound like yourself,” he says. “I tell students that I’ll send them a ton of music, and they can tell me what they like so I can send more of that.”

He emphasizes that aspiring musicians need to love listening to the music they seek to play. Although a musician can certainly enjoy other genres, it’s futile to learn jazz — or rock or blues — if you don’t incessantly listen to its language, as he calls it.

“If I’m playing with musicians, and it’s the first night we’ve met but we can play well, people want to know how we do it. But if two pro basketball players got together, don’t you think they’d know what to do?” Alterman says. “You have to hear the language being spoken to know how to speak it yourself.”

WE’RE STRONGER TOGETHER: A SPECIAL PROJECT

This place we call home is filled with ordinary people who accomplish extraordinary feats. Their selfless acts make this region so special — and they bring out the best in all of us. With the holidays upon us, we wanted to share their inspiring stories, celebrate their accomplishments, and offer ways that you can help.

Just as the 55 people we’re profiling can’t do it alone, nor can we. That’s why the Atlanta Journal-Constitution  worked closely with our partners (including ArtsATL) to bring you this collection of uplifting stories.

We hope they leave you feeling inspired and ready to tackle the busy new year that lies ahead. We hope they make you feel more connected to your community or to your neighbors.

And maybe, just maybe, they will motivate you to come up with your own small way to make a big difference in the lives of others.