Every living ex-president except Trump appears in pro-vaccine PSA 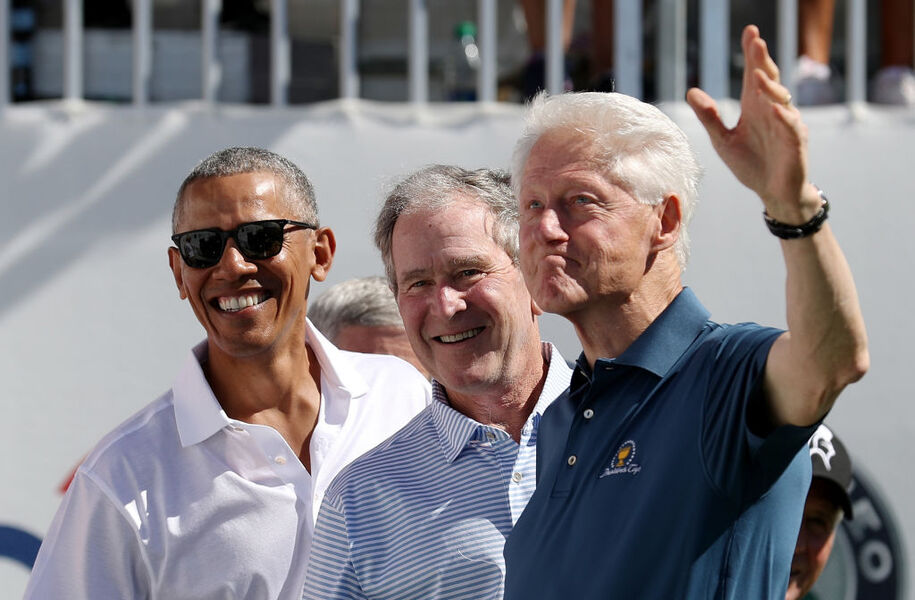 All living former presidents and first ladies — with the exception of Donald and Melania Trump — appear in a public service announcement released Thursday urging Americans to get vaccinated against the novel coronavirus.

Trump’s conspicuous absence in this PSA is beyond strange, particularly in light of his most recent efforts to take all the credit for all of the vaccines.

Okay, now that he’s off Twitter, he can stop communicating in tweets. These missives simply aren’t worthy of an ex-president. They’re more like fortune cookie messages written by the proverbial roomful of monkeys banging on typewriters for all eternity—assuming the monkeys are all tripping on bath salts.

So while all the other ex-presidents are, at worst, hoping to burnish their legacies by encouraging civic responsibility in the face of a killer virus, Trump is fishing for compliments while doing exactly nothing to actually get vaccines into people’s arms.

Because his followers are more likely than most to turn their noses up at the vaccine, Trump could arguably do more to promote vaccinations—thereby bringing a quick end to the pandemic he criminally mishandled—than anyone else in the country who’s not part of the current administration. But actually saving lives has never been as important to Trump as appearing to save lives. So he does preposterously sociopathic things … like get his COVID-19 shot in secret.

Needless to say, Trump’s statement is barmy bullshit. The first shot to receive FDA approval—the Pfizer vaccine—was developed without U.S. government funding. So unless Trump was in the trenches sequencing the novel coronavirus’ genome (which is about as likely as Trump finishing one side of a Rubik’s Cube without peeling the stickers off), he’s just blowing smoke. As usual.

And what Trump glory grab would be complete without a dollop of gratuitous racism? “China Virus?” Really? Still?

Of course, ever since Trump became COVID-19’s top PR flack, he’s been doing everything he can to promote it—and, man, did it ever take the country by storm.

So why the fuck would he switch sides now?

”This guy is a natural. Sometimes I laugh so hard I cry.” — Bette Midler on author Aldous J. Pennyfarthing via Twitter. Say “ba-bye” to the former guy. The long-anticipated EPILOGUE to Aldous J. Pennyfarthing’s Goodbye, Asshat: 101 Farewell Letters to Donald Trump is now available for FREE. Download your copy here! And don’t forget to check out the rest of AJP’s oeuvre here.