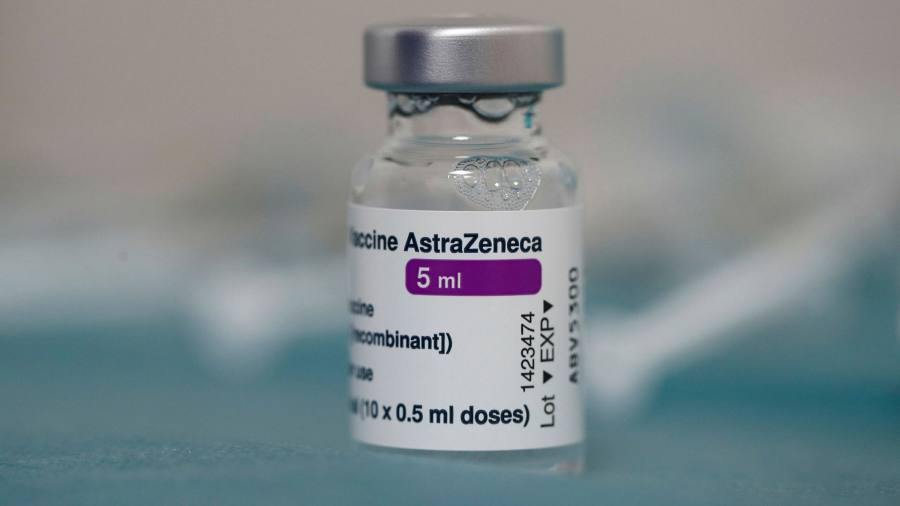 AstraZeneca’s struggle to ramp up vaccine supplies to the EU is partly because of the failure of one of the company’s key European manufacturing sites to deliver any doses to the bloc six months after the supply contract was agreed.

The Dutch factory, run by subcontractor Halix, is yet to receive EU regulatory approval to supply the region even though it was named in the deal signed between AstraZeneca and the European Commission in August.

EU officials said AstraZeneca was yet to provide sufficient data. The company said approval of the site remained “on track”.

The mystery of the Dutch factory underlines the growing questions over both AstraZeneca’s management of its EU contract and the bloc’s oversight. AstraZeneca has fallen far behind its planned vaccine deliveries to the EU, which has had a major effect on vaccination rollout.

If it is the case that this facility is not producing for the EU then it is truly baffling. It would mean that three of the four plants listed in the original EU contract are not providing doses to the EU.

The EU had administered 10.4 vaccine doses per 100 residents by Friday, compared with 29.7 in the US and 36.5 in the UK, according to data gathered by the Financial Times. Both the US and UK did deals with AstraZeneca earlier than the European Commission.

EU officials said this week that AstraZeneca would fall roughly 10m doses short of its target to deliver 40m doses by the end of March. That goal was already well below the original supply schedule of at least 100m shots by the end of the month. Thierry Breton, EU industry commissioner, said on Thursday that he did not believe AstraZeneca had made “best efforts” to meet its commitments — a reference to language in the August supply contract.

Concern is now growing that the British-Swedish company might also fail to deliver the 180m doses it had initially promised the EU for the second quarter of the year, half of which are due to come from outside the bloc. The US has so far refused to allow exports of any of the company’s US-based production, EU officials say. Supplying the EU from other countries in AstraZeneca’s worldwide production network could also be difficult.

The Halix factory is one of two facilities — along with the Belgian plant at Seneffe — named as main sources of so-called vaccine drug substance in AstraZeneca’s contract with the commission. Pascal Soriot, the company’s chief executive, explained in an interview with European newspapers in January that the vaccine drug substance is produced in Belgium and the Netherlands and then finished and packaged into vials at plants in Germany and Italy.

The Seneffe plant has struggled with lower-than-expected yields, while the Halix plant in the Netherlands’ Leiden Bio Science Park has produced vaccines but is still not authorised to supply them in the EU.

Last week Breton visited the Halix facility — which should produce at least 5m doses a month — as part of a tour of European vaccine manufacturing sites. Discussions over regulatory approval for the plant from the European Medicines Agency to supply the EU market were ongoing, the officials said.

Asked about the Halix situation, the commission said on Friday that the EMA was ready to fast-track authorisation of new production facilities once it received an application and the necessary information from AstraZeneca. “It is, however, the responsibility of the company to request plants to be covered by a marketing authorisation and to submit all necessary data to that effect,” it said. “The commission encourages the company to do so.”

A spokesman for AstraZeneca said: “The approval of the site with the EMA remains on track with our original plans and we can confirm that it forms part of our delivery plans.” 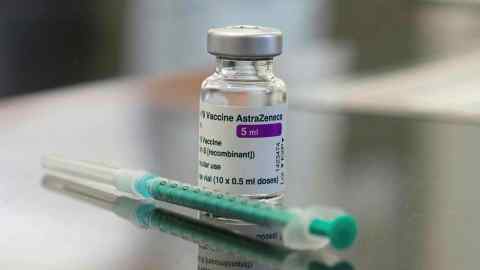 EU diplomats have grown increasingly agitated over how many vaccine doses Halix has actually manufactured in the meantime and what AstraZeneca is doing with the product. Officials are counting on stockpiled vaccine to be released for use in the EU once the factory is authorised. In January, the bloc introduced new discretionary controls on vaccine exports to 31 high- and middle-income countries, which Italy has already used to prevent a shipment to Australia.

Brussels has clashed previously with both AstraZeneca and London over vaccine exports. EU officials have claimed the company has shipped vaccines produced in the EU to the UK. AstraZeneca has so far not sent doses in the other direction, even though two UK drug substance plants are referenced in the EU’s supply contract as potential sources of vaccine.

The Halix situation also raises the question of whether the European Commission and EU member states paid sufficient attention to tracking whether the plant was on schedule to deliver. Halix did not issue a press release announcing it had been contracted to produce vaccines until December, more than three months after it was named in the AstraZeneca contract with the commission.

“If it is the case that this facility is not producing for the EU then it is truly baffling,” said one EU diplomat. “It would mean that three of the four plants listed in the original EU contract are not providing doses to the EU.”