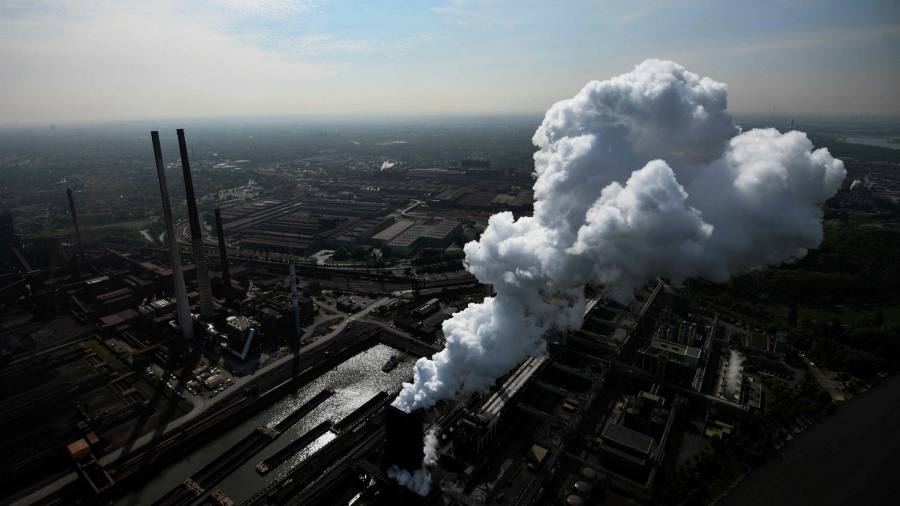 A strong manufacturing recovery partly offset a downturn in services across the eurozone in February, according to a widely watched survey of businesses which suggested that the bloc’s two-speed economic performance is intensifying.

The IHS Markit flash German purchasing managers’ index for manufacturing surged to a three-year high of 60.6, up from 57.1 in January according to data published on Friday. In France, the corresponding index rose 3.4 points to 55.

A figure above the 50 mark indicates a majority of businesses reported growth in activity from the previous month.

Restrictions to control the spread of coronavirus have kept many services businesses closed across the eurozone in the early weeks of this year. But the bloc’s manufacturing sector is experiencing a strong uptick in activity, boosted in part by demand from strong Asian economies including China.

The pan-eurozone manufacturing PMI rose to 57.7, up from 54.8, while the equivalent services measure fell to 44.7, from 45.4 — the lowest reading in three months. The composite PMI, an average of both sectors, was 48.1.

The figures suggest that manufacturing strength may not be enough to stop the eurozone from falling into a second pandemic-fuelled recession — defined as two consecutive quarters of negative growth — in the first three months of 2021, after output contracted in the final quarter of last year. That followed the summer’s rebound from the historic contraction in the first half of 2020 as the pandemic first took hold.

However “factory output grew at one of the strongest rates seen over the past three years, thanks to another impressive performance by German producers and signs of strengthening production trends across the rest of the region”, he said.

Eurozone business expectations grew more optimistic in February, with sentiment regarding output in the year ahead rising to the highest since March 2018 thanks to hopes of successful Covid-19 vaccine rollouts in the coming months.