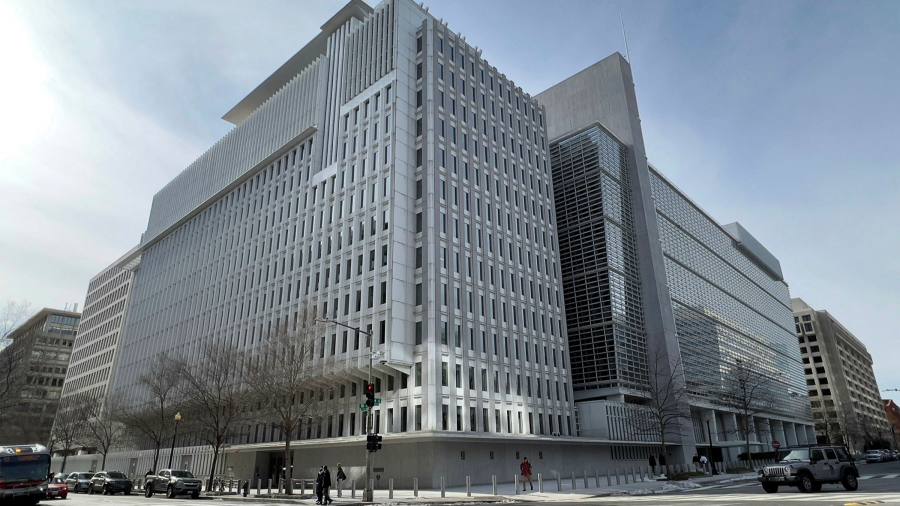 European equities opened lower on Tuesday after Russia began a new ground offensive in Ukraine and the World Bank cut its global growth forecast, citing the inflationary effects of the war.

Ukrainian president Volodymyr Zelensky said on Monday, when major European markets were closed for the Easter holiday, that Russia had concentrated a “significant part” of its forces in the country’s eastern Donbas border region. The World Bank also lowered its global economic growth forecast from 4.1 per cent to 3.2 per cent and predicted a contraction in Europe, which is vulnerable to sanctions against Russia and supply chain disruptions causing energy and food prices to soar.

The price of gold, which reached its highest point in a month on Monday as economic growth concerns drove investors to buy up the haven asset, edged 0.2 per cent lower in early European trading to $1,974 a troy ounce.

Brent crude oil dropped 0.3 per cent to $112.8 a barrel, after rallying for the past four days.

Chinese tech stocks slid on Tuesday, as markets reopened after the news that Beijing had tightened regulations on the country’s livestreaming industry.

The Hang Seng Tech index, which tracks Hong Kong-listed technology groups, fell 3.5 per cent, with notable losses for video platforms Bilibili, which shed as much as 11 per cent, and Kuaishou, which dropped 5.5 per cent.

On Friday, the National Radio and Television Administration of China banned the streaming of unauthorised games on public livestreams. This came just days after regulators approved video games for the first time in months, which analysts interpreted as a sign the crackdown against the sector was easing.

Investors on Tuesday were also looking ahead to a week of corporate earnings for clues about how the business world was grappling with inflation and the uncertain growth outlook. Streaming group Netflix will report quarterly numbers later on Tuesday, with analysts watching to see whether a trend which saw UK households cancelling subscriptions to deal with rising living costs will be replicated elsewhere.

In debt markets, the yield on the benchmark 10-year US Treasury note edged 0.01 percentage point lower to 2.86 per cent, remaining close to its highest point in late 2018. Bond yields move inversely to their prices.

On Thursday, Federal Reserve chair Jay Powell will give a speech that may provide guidance over how aggressively the US central bank will raise interest rates this year after the annual pace of consumer price growth hit 8.5 per cent in March.