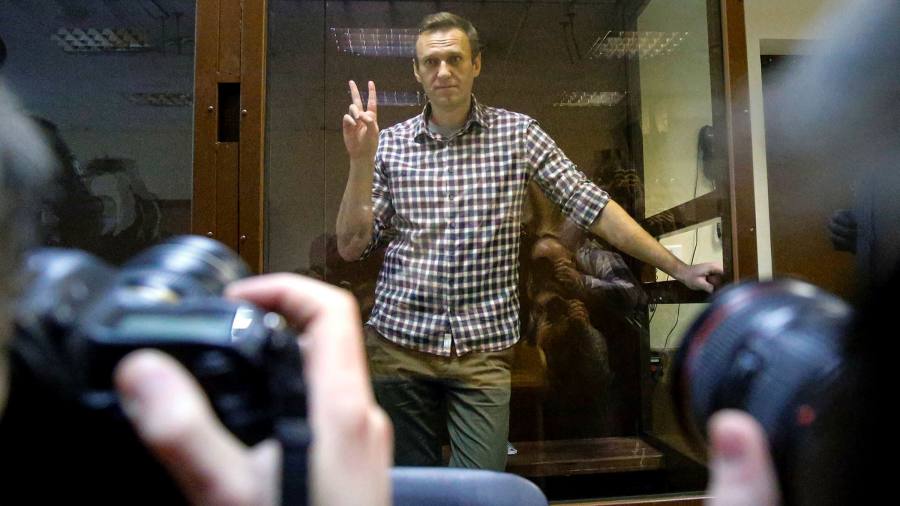 The EU will sanction Russian officials over the jailing of opposition activist Alexei Navalny in a sign of deteriorating relations with Moscow.

Foreign ministers from the European bloc agreed in principle on Monday to impose travel bans and asset freezes on at least four individuals, diplomats said, in the first use of a new human rights sanctions regime agreed in December.

The latest EU sanctions would, if approved, be under the new framework aimed at targeting human rights abusers worldwide. The rules are widely known as Magnitsky sanctions, named for Russian accountant Sergei Magnitsky, who died in official custody in 2009 after alleging a large-scale fraud by tax officials.

While the proposed response falls short of demands by the Kremlin’s toughest critics, it reflects a hardening stance towards Russia after the public treatment inflicted on Josep Borrell when the EU foreign policy chief travelled to Moscow earlier this month.

“It is clear that Russia is in a confrontational course with the European Union,” Borrell told reporters. “In the case of Mr Navalny, there is a blunt refusal to respect their [obligations], including the refusal [to take into] account the decisions of the European Court of Human Rights.”

Borrell did not identify potential targets but said he hoped to propose names in about a week. Diplomats said the individuals are likely to be linked to Russia’s legal system, which this month sentenced Navalny to two years and six months in a penal colony after Vladimir Putin’s most vocal critic returned from recuperation in Germany after being poisoned.

The new EU sanctions would add to travel bans and asset freezes imposed by the bloc on half a dozen senior Russian officials under the bloc’s chemical weapons countermeasures regime. Several European authorities have concluded Navalny was targeted with a novichok military chemical nerve agent developed in Russia.

The slight escalation in sanctions reflects divisions in the bloc over how to approach Russia. The EU imposed wide-ranging sanctions on Russian economic sectors and oligarchs over Moscow’s 2014 annexation of Crimea and the war in eastern Ukraine.

Since then it has shown little appetite to ramp them up significantly. France’s Emmanuel Macron, notably, has advocated a renewed dialogue with President Putin and Germany is overseeing construction of the Nord Stream 2 project to pipe gas from Russia.

Leonid Volkov, Navalny’s chief of staff and political director, met a group of EU foreign ministers on Sunday in Brussels as part of a push for more support from the bloc. He said his side was renewing efforts to convince the European bloc to impose harsh sanctions on oligarchs, as they formed a key element of repression in the Russian system.

“We believe this type of pressure is essential,” he told reporters.