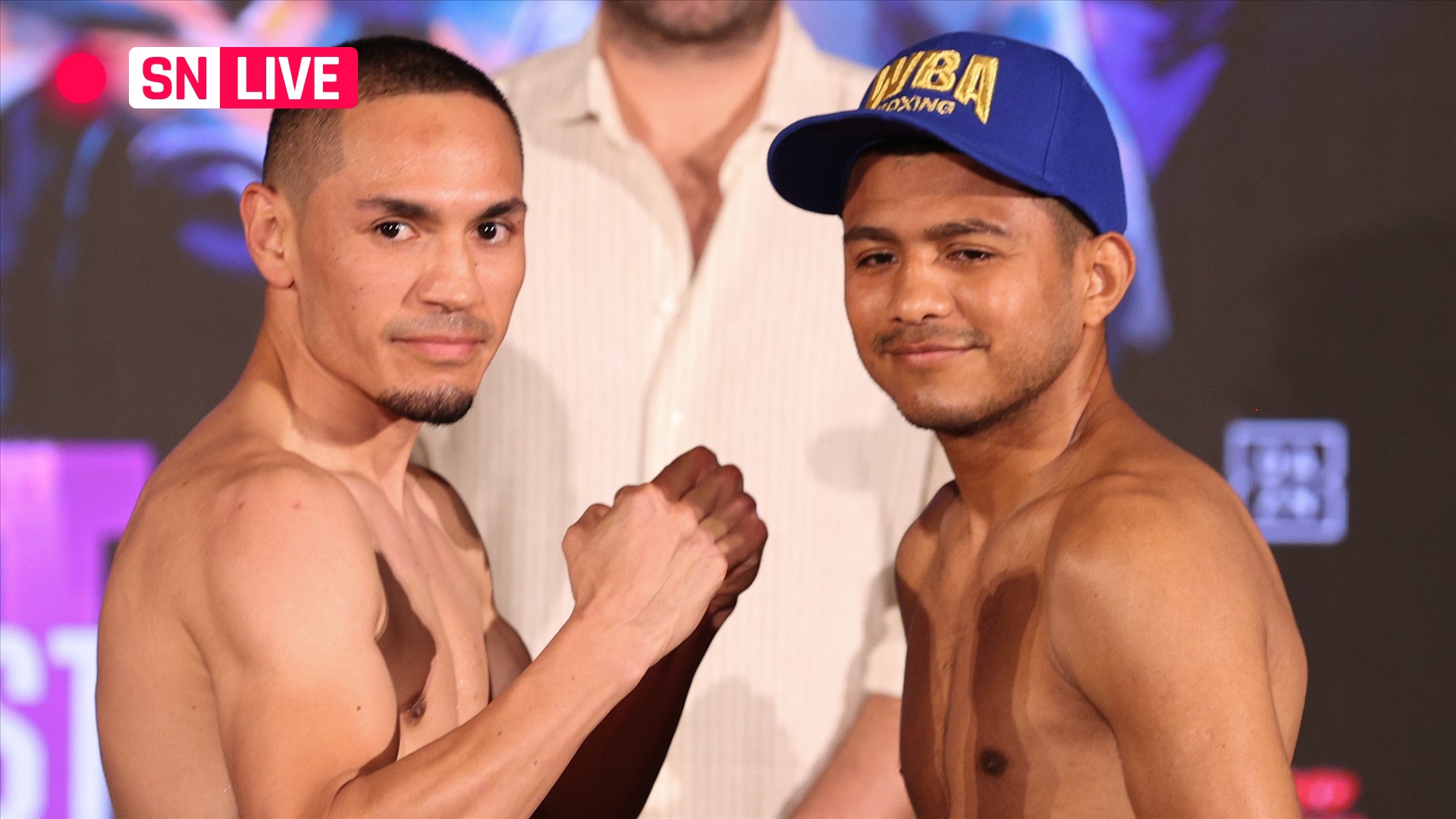 After nearly a decade, the highly anticipated rematch between WBC and The Ring super flyweight champion Juan Francisco Estrada and WBA (Super) titleholder Roman “Chocolatito” Gonzalez will take place Saturday night as they meet in a unification showdown at American Airlines Center in Dallas.

The two first met in 2012, with Chocolatito defeating the up-and-coming Estrada by unanimous decision in a light flyweight bout. But Estrada (41-3, 28 KOs) proved in that fight that he would be a force in the boxing world for years to come. Estrada would go on to win 15 of his next 16 fights, with his lone loss coming to Srisaket Sor Rungvisai, who was fresh off of back-to-back victories over Chocolatito. Estrada avenged that loss with a unanimous decision victory to claim the WBC and The Ring championships.

Gonzalez (50-2, 41 KOs) was once recognized as the No. 1 pound-for-pound fighter in the world after Floyd Mayweather retired from the sport. His run was relatively short-lived as he bit off more than he could chew against Sor Rungvisai and dropped a decision before being knocked out in the rematch. It was assumed that Chocolatito had been in one too many wars, and it was possible that the end of his career was near. Instead, the Nicaraguan got back to his winning ways with four straight victories, including an impressive ninth-round stoppage of Kal Yafai to claim the WBA (Super) title.

With Estrada now seen as the king of the division, can Chocolatito prove that he has his foe’s number in the rematch, or will Estrada send a message to the boxing world that he’s one of the best pound-for-pound fighters in the world today?

The co-main event has Jessica McCaskill (9-2, three KOs) defending her WBC, IBF, WBO and WBA women’s welterweight titles in a rematch with Cecilia Braekhus (36-1, nine KOs). McCaskill stunned Braekhus last August with a closely contested decision victory. McCaskill got out of the gates fast and Braekhus was forced to close the fight strong to have any chance of coming from behind. The judges gave the fight to McCaskill.

Braekhus is out to prove that she is the better woman and reclaim the titles that many believe she should have never lost. But the hard-nosed McCaskill has no plans of handing the belts over after fighting so hard to be in this position.

Sporting News will have live updates of the main card beginning at 8 p.m. ET

The Roman Gonzalez vs. Juan Francisco Estrada 2 fight card takes place on Saturday, March 13, beginning at 8 p.m. ET. Gonzalez and Estrada are expected to make their way to the ring about 11 p.m. ET, although that depends on how long the earlier fights take.

Estrada vs. Gonzalez 2 will stream live globally on DAZN to more than 200 countries and territories, including the U.S. and Canada.

Those interested in watching the fight can find DAZN on a number of different systems, including, but not limited to, Amazon Fire TV/stick, Android, Apple TV, Google Chromecast, iPhone and iPad, Playstation 4, Playstation 5, Xbox One, Xbox Series X/S and Roku. The DAZN app is also available on LG, Samsung and Vizio smart TVs, as well as Xfinity X1 and Flex.

DAZN is also available on web browsers at DAZN.com.

The subscription provides access to every live event and all the on-demand programming on the streaming service.