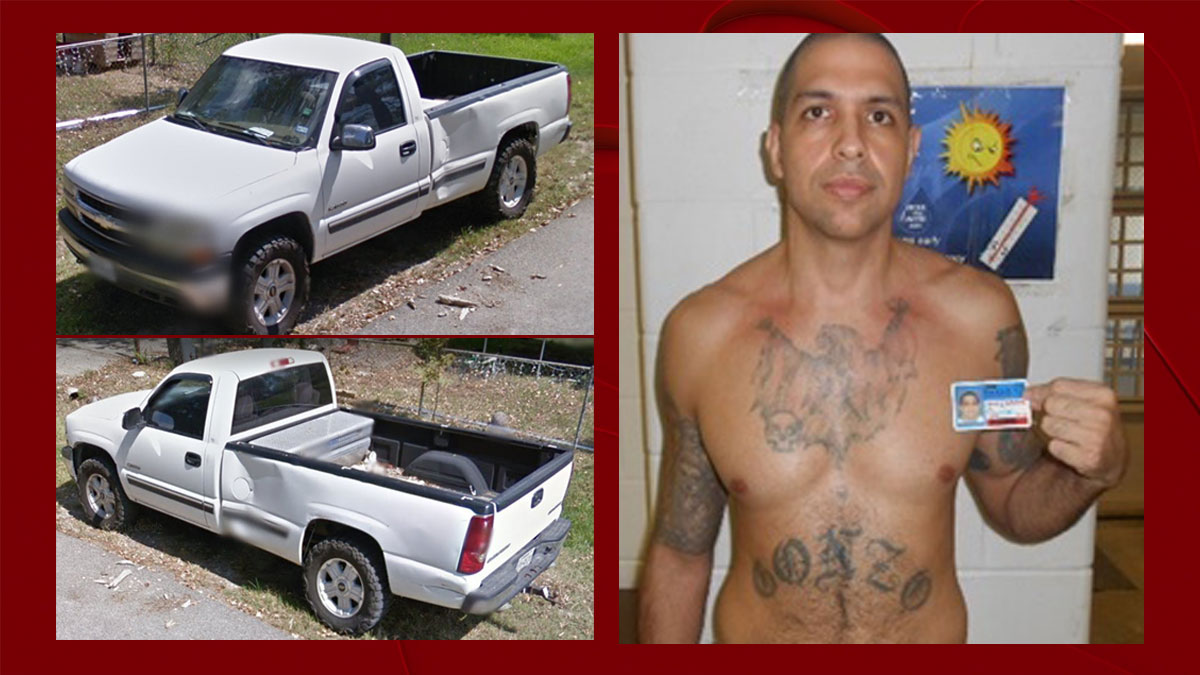 A convicted murderer on the run since escaping a prison bus after stabbing its driver on May 12 was shot dead late Thursday after he killed a family of five and stole their truck from a rural weekend cabin, a Texas prison system spokesman said.

Gonzalo Lopez, 46, was “killed by law enforcement in Atascosa County. He shot at officers who returned fire killing him,” Jason Clark, spokesman for the Texas Department of Criminal Justice, said in an email to The Associated Press.

The killing site is about 220 miles (354 kilometers) southeast of Centerville, Texas, about 110 miles (180 kilometers) north of Houston, near where Clark earlier said Lopez had killed a Houston family of five at their weekend cabin and stole their pickup truck.

Lopez was thought to be hiding in the vicinity of the cabin when officers received a call from someone concerned after not hearing from an elderly relative, Clark said.

Officers went to the family’s weekend cabin along Texas Route 7 west of Centerville about 6 p.m. Thursday and found the bodies of two adults and three children. Identities were not released, but gone was their white pickup truck, Clark said. Lopez was believed to have driven the truck from the search area, he said. Lopez was a former member of the Mexican Mafia prison gang and had ties to South Texas, he said.

The family, which was from the Houston area, was thought to have arrived Thursday morning at the cabin, which they owned, Clark said. The five are believed to have been killed Thursday afternoon and had no link to Lopez, he said.

Lopez, 46, had been the subject of an intensive search since his escape from the prison bus. He was being transported in a caged area of the bus from a prison in Gatesville, more than 100 miles (160 kilometers) west of the place where he escaped, to one in Huntsville for a medical appointment when he escaped in Leon County, a rural area between Dallas and Houston, the Texas Department of Criminal Justice has said.

Centerville is the county seat of Leon County, which has roughly 16,000 residents and is about 50 miles (80 kilometers) north of the state’s Huntsville prison headquarters.

The department has said Lopez somehow freed himself from his hand and leg restraints, cut through the expanded metal of the cage and crawled from the bottom. He then attacked the driver, who stopped the bus and got into an altercation with Lopez, and they both eventually got off the bus.

A second officer at the rear of the bus then exited and approached Lopez, who got back on the bus and started driving down the road, the department said.

The officers fired at Lopez and disabled the bus by shooting the rear tire, the department said. The bus then traveled a short distance before leaving the roadway, where Lopez got out and ran into the woods.

Lopez was serving a life prison sentence for a 2006 conviction of murdering a man along the Texas-Mexico border. TDCJ Inspector General Cris Love had said anyone found to be helping or harboring Lopez will face not only arrest and prosecution, but he believes is also “putting themselves in danger.”

“Lopez has a complete disregard for human life and will do what it takes to avoid capture,” Love said. “We will take this investigation wherever it leads us until Lopez is back in custody.”

At some point during the escape, Lopez stabbed the driver, whose wounds weren’t life-threatening, the department said.

A $50,000 reward for information leading to Lopez’s capture was offered.