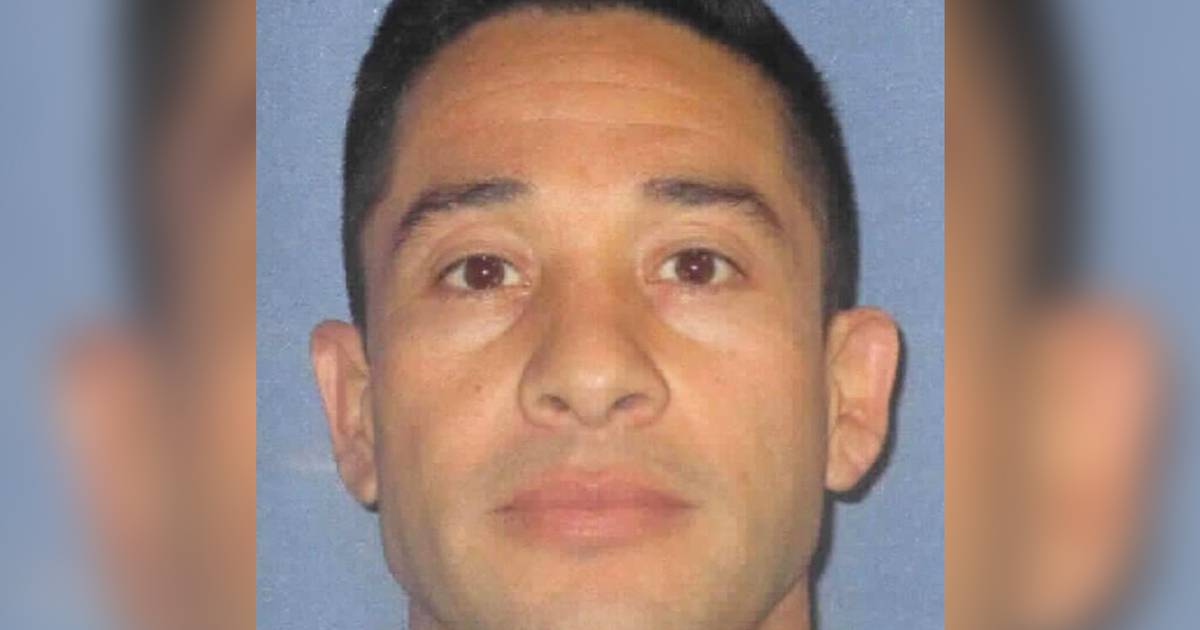 The Las Vegas bomber who escaped prison last weekend has been captured while trying to catch a bus to Mexico.

Porfirio Duarte-Herrera, 42, had been missing from a southern Nevada prison since last Friday. He was serving a life sentence for killing a man by setting up a motion-activated bomb in a parking garage at the Luxor hotel and casino in 2007.

Cops got a tip that Duarte-Herrera was at a bus station in downtown Las Vegas, north of the Strip, on Wednesday night.

Duarte-Herrera was in line to board a bus before cops arrived, asked him to step out of line and detained him, according to video obtained by local CBS affiliate KLAS. Duarte-Herrera showed no resistance in the video.

The bus was headed to Tijuana, police said.

In 2007, Duarte-Herrera and another man, Omar Rueda-Denvers, planted a bomb in the Luxor parking garage that was intended for Rueda-Denvers’ ex-girlfriend, Caren Chali, and her new boyfriend, Willebaldo Dorantes Antonio. The bomb killed Dorantes Antonio, who was 27. Chali escaped unharmed.

Duarte-Herrera was doing time at Southern Desert Correctional Center, about 30 miles northwest of Las Vegas. A jail guards union president said that Duarte-Herrera escaped by using battery acid to break down his cell’s window frame, local Fox affiliate KVVU reported. He then put a cardboard dummy in his cell.

The guards didn’t realize Duarte-Herrera was gone until a Tuesday morning headcount. That gave him a four-day head start on authorities, but he still couldn’t make it across the border.

Cops are still investigating if and how Duarte-Herrera was helped in his escape.